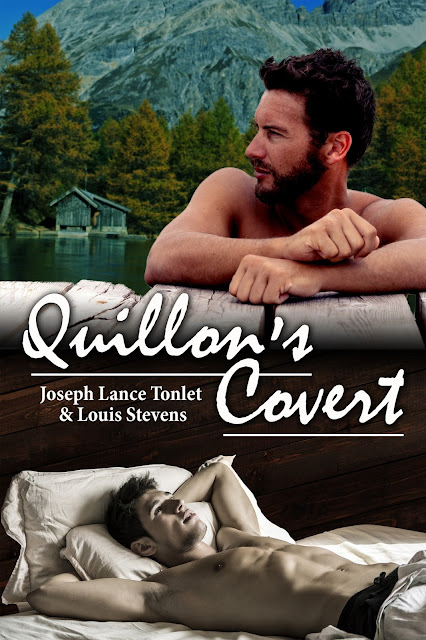 Martin is a guy’s guy, one who enjoys the simple things in life: baseball games with his son, family days, barbecues, and date nights with his lovely wife.

Once a year for two weeks, Martin takes his son, Marty, to Quillon’s Covert, a rustic family cabin secluded in the beautiful California mountains. Since before those long days of learning to play ball, Marty has loved his dad, but as Marty matures, Martin starts to see something else settle in his son’s uncertain gaze. What’s there lingers a little more than it should, and it seems far more appraising than it once was.

As Marty shows every sign of taking the lead, Martin is faced with the tough choices most parents never see: lose his son by being a father, or try to balance what’s best for their relationship by being something… more.

But with another trip to Quillon’s Covert on the horizon, has the point of no return already begun?

JOSEPH is a born and raised Southern Californian—with a twenty-year stint of living in the Midwest. He loves the laid-back lifestyle of San Diego and considers himself lucky to live where people dream of vacationing.

A lifelong reader of m/m fiction, he began his writing career one night sitting at his MacBook and has never looked back. He writes to bring the characters he dreams about to life.

LOUIS is a gay romance author born and raised in South Africa. He was a shy outcast who had few friends in school; generally feeling excluded and on the fringe of society. However, when he discovered gay romance and erotica in 2007, at the age of seventeen, his mind and world opened up.He wrote his first story, A Better Life, longhand in a 197 page spiral notebook, on his bed every night with a pillow curled under his chin. Although the book wouldn’t be published until 2011, with the now defunct Silver Publishing, he found the experience entirely liberating. He's considered himself a writer ever since. 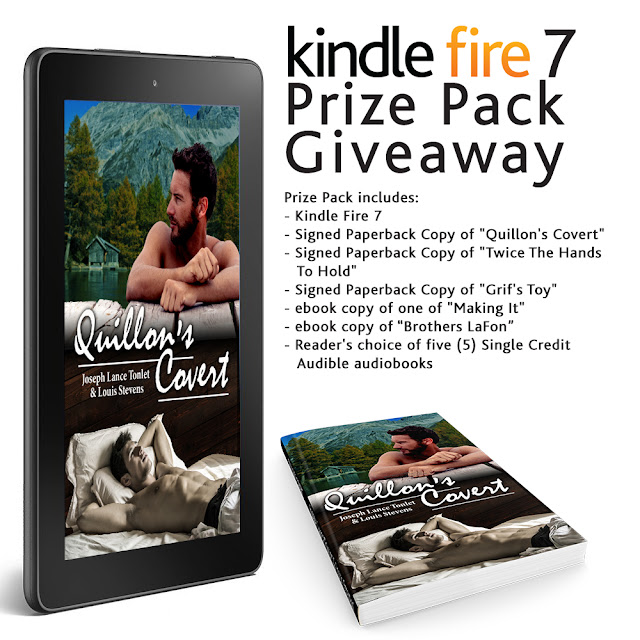 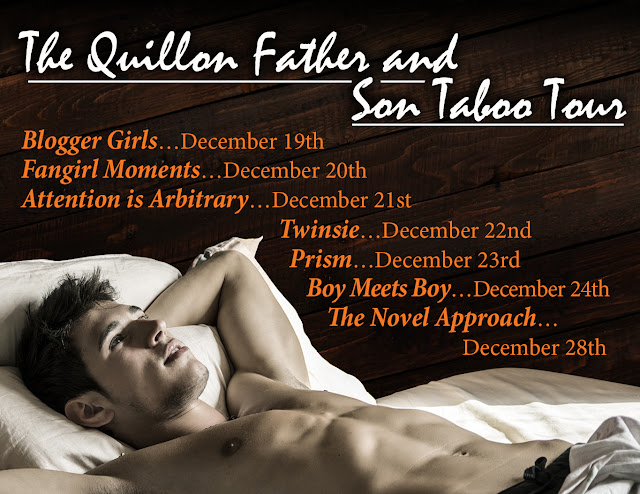 Being naked outdoors or in front of strangers has always been an odd concept for me. Specifically, being naked in the presence of others in a non-sexual way.

I think part of it is my self-admitted skewed perception of some things. Yeah, it's no secret I'm slightly twisted, *winks*, and nudity is one of those areas. I tend to think there are only two reasons for being naked: 1) to bathe, and 2) to get naughty with someone. Thus, the concept of getting naked in front of others, in a platonic way, such as a nude beach, is completely perplexing to me. What? We're not bathing or having sex? Then explain to me again why we're getting naked? Hell, even Merriam Webster has slightly different definitions for the two words. While nude has a more wholesome, innocent feel to it, naked seems to indicate a more risqué, indecent motivation.

Many of my friends, including my husband, don't share the same outlook on shedding their clothing. We live in southern California, specifically in San Diego, and have a nude beach nearby. We generally go a few times a summer, and where the hubz always gets naked, I rarely do. Again, if there's no sex involved... *chuckles*

In the co-writing of Quillon's Covert, Louis Stevens, my cohort in crime on this naughty tale, and I decided nakedness (or, in this case, nudity) would play a central role in the story. Indeed, the two main characters, Martin (the father) and Marty (the son), spend a few weeks a year together at their secluded, mountainous, family cabin. And, they spend that time together nude.

They relaxed on the sofa, each quietly lost in their respective books. Martin with his feet kicked up on the coffee table, and Marty still resting his head on his dad’s thigh. Martin held his book in one hand while the other rested on Marty’s torso—his thumb absently brushing small circles at the center of his son’s chest.
“Chocolate?” Martin murmured.
Distracted, Marty responded, “Uh huh.”
When neither moved, Marty finally reminded him that he’d gotten the last pair of individually wrapped Dove candies and it was Martin’s turn.
After a few moments, Martin set down the paperback and grabbed the bag of chocolates. “Fine. But I’m unwrapping more than one apiece.”
As his large fingers attempted to extract the candy from the foil, his son asked, “Dad?”
“Yeah?”
“How did the naked thing start?”
Marty laid the tablet on his chest and turned his head. Martin felt his son’s head tilt back and wedge itself firmly between his thighs. He knew Marty got some sort of twisted pleasure out of watching him fight with the candy.
Martin’s eyebrows were pulled together in concentration. “Um, I don’t know.” The foil had put up a plucky fight, but he’d finally won. “Yes! I got one.”
Marty immediately opened his mouth and made an ahhh noise. Martin looked down and reluctantly released the chocolate into his son’s waiting mouth.
“Spoiled Spawn,” he huffed before snatching up another of the foil puzzles. More often than not, what did and didn’t trigger Marty’s choking phobia still perplexed Martin. Apparently, his son was fine with Martin dropping chocolates into his open mouth.
“My dad started bringing me up here when I was eight or nine…maybe even before that.” He shrugged. “Nudity’s just always been a part of Quillon’s Covert.”
He paused and looked down at Marty. “Does it bother you?”
His son stopped chewing and rolled his eyes. “You’re doing it again, Dad.”
“Doing what?”
“Talking to me like I’m a little kid.”
Martin scanned the length of Marty’s body. There was no doubt his son wasn’t a little kid anymore. The baseball team track runs, the weight training, the nearly constant physical activity Marty enjoyed, all had an obvious effect on his maturing physique. The knowledge of how much that pleased the boy—the young man, he corrected himself—made him smile.
He glanced at Marty’s crotch and wasn’t the least bit surprised the boy was sporting an erection. It had been nearly a week since the sunblock hardon incident, and Martin had good-naturedly needled him about it—asking if it was sunscreen in general, or the smell of coconuts in particular that Marty found irresistible—because he didn’t want the boy to feel self-conscious about something completely natural. That would have flown entirely in the face of what Quillon’s Covert stood for; this was a place of relaxation and camaraderie and bonding. Since then, Marty had been freely pitching a tent more frequently than not.
“Okay, so let’s talk about something a bit more grown-up. You wanna talk about sex?”
He watched Marty’s Adam’s apple bob up and down a few times before the boy responded.
“Wuh-wuh-what duh-duh-do you muh-muh-mean?”

There were a number of factors that went into decision of nudity being an integral part of Quillon’s Covert, but the primary one, at least on my part, was to explore that completely foreign notion that folks can be together nude without sex playing into the equation. Of course, as you might imagine, sex does manage to sneak its way in, *naughty grins*.

So, regardless of whether you fall on the nude side or the naked one, I sincerely hope you enjoy this unique journey of a very open-minded father and son.

So obviously this book isn't for everyone. I was a bit scared to start it. I'm usually up for reading almost anything, but this one scared me. After reading it, I saw it's just a love story with a different twist.

Martin and Marty have always had a close relationship. Two weeks out of the year they take a trip to the Quillon family camp, which is a back-to-nature nudist getaway the men of the family have always done. To the best of my knowledge, there's never been any 'funny business' before. The first part shows them going about everyday activities, but it has this underlying vibe for the reader because they are naked and we know what's coming. For the M's, it's not sexual and just natural to hang out in the buff while on their traditional vacay.

As Marty matures, lines become blurred, and before you know it, crossed. The book comes to have a sweet feel as well as the taboo. The men become lovers for two weeks out of the year and father and son always.

It's undeniable that this writing duo handled a touchy subject with class. They delivered a kinship of pure love.