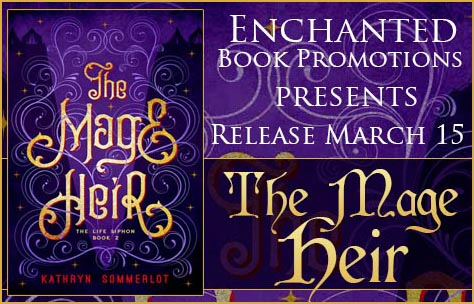 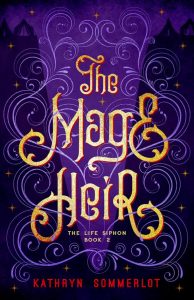 Traitor: that’s what Tatsu is now. On the run from both Runon and Chayd, Tatsu and Yudai’s only hope for survival is to disappear into the wilds. However, when the siphon’s deadly curse returns, they have no choice but to travel into the desert kingdom of Joesar in search of a cure.
Battling the unforgiving elements of the sands, Tatsu starts to realize that the path towards destroying the siphon may claim Yudai’s life. Time is running out as Nota’s fury—and the siphon’s hunger—begin to spiral wildly beyond their control. As their options slowly fall away, the only thing Tatsu and Yudai can count on is each other.

Kathryn didn't major in creative writing, but never stopped believing. She survives on books, strong coffee, craft beer, puppies, and the Oxford comma. She currently lives in Japan with her husband and teaches high school English to shape the next generation of young minds. She also comma splices like it's going out of style.

Tatsu didn’t mind sleeping under the leaves, but Yudai’s agitation seemed to grow as the sky darkened. He paced back and forth between two ancient tree trunks with his hands clasped behind his back, over and over, until the stars came out.
“You’re going to have to sleep eventually,” Tatsu pointed out, voice mild, once the moon was high overhead. It earned him a growl in reply. “Please just sit down.”
“This clearing will be dead by morning,” Yudai snapped. When he turned to retrace his steps again, Tatsu could see the twist of his fingers clenched together in tight fists.
“You can’t do anything about it, so there’s no point in blaming yourself. It’s probably just making the whole thing worse.”
The look Yudai threw him was dubious at best, but evidently, the possibility was difficult to ignore. Yudai eventually settled himself down between two patches of yellow-green weeds, and he ran his finger over his lip a few times before his eyes flickered up towards Tatsu. “Distract me.”
“You could ask nicely,” Tatsu said.
One corner of Yudai’s mouth quirked upward. “I could,” he agreed, and said nothing more.
“Did you know that my mother had other children?”
Yudai blinked and sat back, face slackening. “Good distraction."

Giveaway for 5 eBook copies of “The Mage Heir” to celebrate the release day.