Kick at the Darkness by Keira Andrews Review 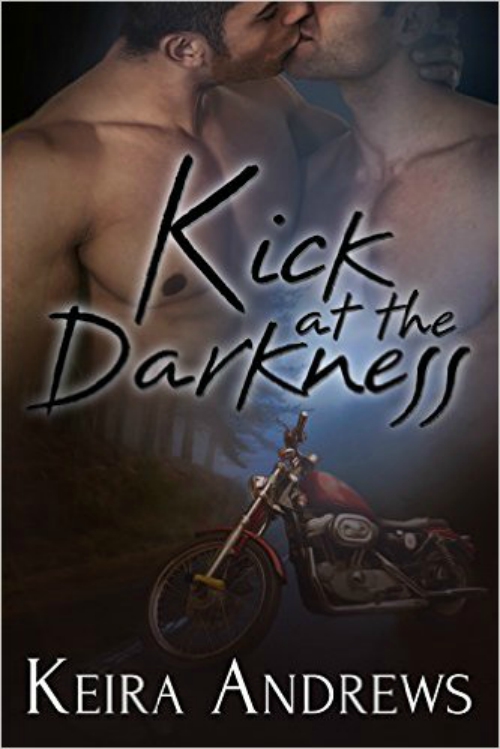 To live through the zombie apocalypse they have to survive each other first.

College freshman Parker Osborne is having the worst day ever. He humiliated himself trying to pick up a cute guy, he hasn’t made any friends at school, and his stupidly hot jerk of a TA gave him a crappy grade on his paper. He’s going to drop Adam Hawkins’ film class and start fresh tomorrow after he’s had a good sulk.
But Parker’s about to find out what a bad day really looks like—if he can survive the night.
A virus is unleashed, transforming infected people into zombie-like killers. After these quick and deadly creepers swarm campus, Parker only escapes thanks to Adam swooping him onto the back of his trusty motorcycle. Now they’re on the run—and stuck with each other.


When they’re not bickering, they’re fighting off the infected in a bloody battle for survival. Their only hope is to head east to Parker’s family, but orphaned Adam has a secret he’s not sure Parker will accept: he’s a werewolf. Can they trust each other enough to find some light in these dark days?

CLICK to Read an excerpt from Kick at the Darkness 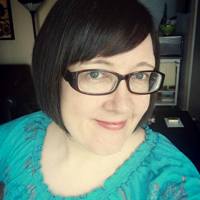 After writing for years yet never really finding the right inspiration, Keira discovered her voice in gay romance, which has become a passion. She writes contemporary, historical, fantasy, and paranormal fiction, and — although she loves delicious angst along the way — Keira firmly believes in happy endings. For as Oscar Wilde once said: “The good ended happily, and the bad unhappily. That is what fiction means.”

Kick at the Darkness by Keira Andrews

Kick at the Darkness is a little different from most zombie books I've read. These aren't reanimated dead. They are humans in a horrifically altered form resulting from bioterrorism. They have many of the same characteristics of the traditional undead. One of the major similarities being they basically only have the goal of eating uninfected humans.

The story begins with Parker stressing about a bad grade in a college class. He's pretty much always had perfect grades and lived a blessed life. At first he comes off as spoiled and catty. Adam is his TA and takes zero percent of his whining or trash talk. Their first meeting isn't the most friendly.

Later, they just happen to cross each other's paths right when the shit hits the fan. Suddenly the pandemic drops upon them and creepers are everywhere looking to devour some long pig. The two make a run for it on Adam's bike. This starts their relationship of protecting each other while trying to figure out the future. Romance soon comes in to play, and then Adam has an even bigger surprise.

This is the first time I've seen a mix of zombie and shifter fiction. The author blended them perfectly into an amazing read. It's full of action, heart and sexiness. And I love the open ending. I do wonder if the author chose the title because of the meaning behind the Lovers in a Dangerous Time song. Very fitting if so. I will definitely be reading more from this author.