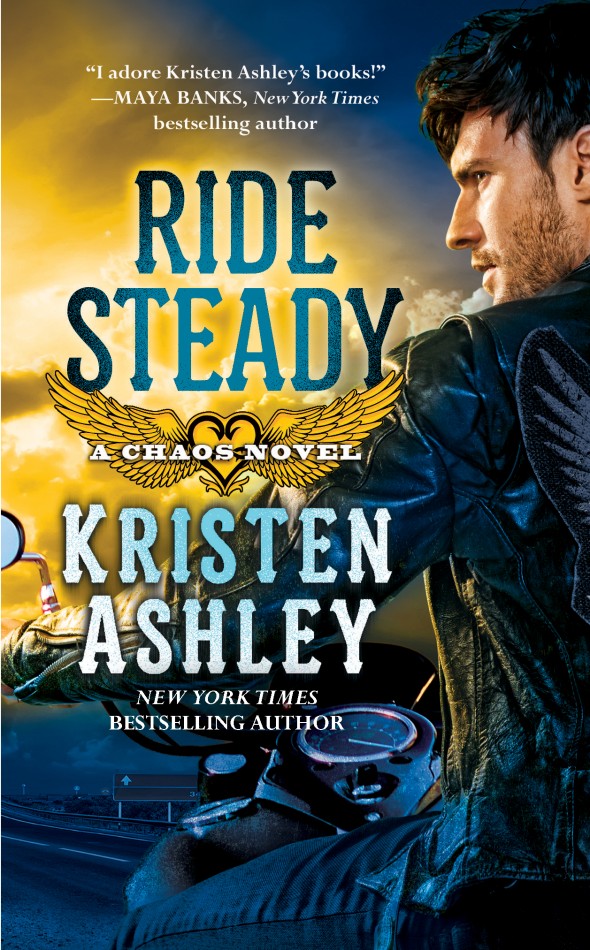 The ride of her life . . .
Once upon a time, Carissa Teodoro believed in happy endings. Money, marriage, motherhood: everything came easy---until she woke up to the ugly truth about her Prince Charming. Now a struggling, single mom and stranded by a flat tire, Carissa's pondering her mistakes when a vaguely familiar knight rides to her rescue on a ton of horsepower.

Climb on and hold tight . . .
In high school, Carson Steele was a bad boy loner who put Carissa on a pedestal where she stayed far beyond his reach. Today, he's the hard-bodied biker known only as Joker, and from the way Carissa's acting, it's clear she's falling fast. While catching her is irresistible, knowing what to do with her is a different story. A good girl like Carissa is the least likely fit with the Chaos Motorcycle Club. Too bad holding back is so damned hard. Now, as Joker's secrets are revealed and an outside threat endangers the club, Joker must decide whether to ride steady with Carissa---or ride away forever . . . 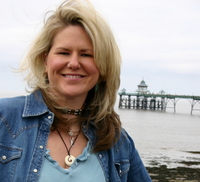 Kristen Ashley was born in Gary, Indiana, USA. She nearly killed her mother and herself making it into the world, seeing as she had the umbilical cord wrapped around her neck (already attempting to accessorise and she hadn't taken her first breath!).

Kristen grew up in Brownsburg, Indiana but has lived in Denver, Colorado and the West Country of England. Thus she has been blessed to have friends and family around the globe. Her posse is loopy (to say the least) but loopy is good when you want to write.

Kristen was raised in a house with a large and multi-generational family. They lived on a very small farm in a small town in the heartland and existed amongst the strains of Glenn Miller, The Everly Brothers, REO Speedwagon and Whitesnake (and the wardrobes that matched).

Needless to say, growing up in a house full of music, clothes and love was a good way to grow up.

And as she keeps growing up, it keeps getting better.

Carson/Joker and Carissa are a little different from some of my favorite KA's leads. He isn't a super huge alpha, and she isn't in denial over being claimed by him. He's really sweet. (Not to be confused with wimpy since he is an underground fighting champion, but he's more patient and less bossy.) She's willing to go after what she wants (read as, she pursues him).

As a child, Carson was abandoned by his mother and abused by his father. He dreams of working in car design and Carissa. Some around him see his potential for greatest, but he mostly sees himself as a looser. He moves on to a be a member of Chaos and does well working in their custom garage.

Although her parents loved her, Carissa didn't have the perfect home life and background either. It's been filled with hardships and deaths. She was one of the in/popular crowd in school, but now she finds herself divorced with a baby and barely scraping by.

When these two meet again years later, there's no denying the spark between them is still there. Both have many issues, yet so much to give. Parts of their lives were emotional for me. It may be because I am a single mother, but I shed a few tears while reading. Carissa's ex comes from a mega rich and powerful family so he calls most of the shots with their son. I felt so sad for her. Carson is exceptional with her baby which melted me into a pile of I-love-Carson-mush. It gave me heart pains and made me fall deeply for him.

Awesomely, a lot of KA's characters from other books make appearances. Such a total treat! Also, the war that has been brewing with Valenzuela continues. Chaos is growing and changing. Major story is packed into this book. It has several aspects including strength, redemption and family. I loved the entire novel, and I cannot wait for the next installment.


Posted by Toni FGMAMTC at 7:30 AM No comments: 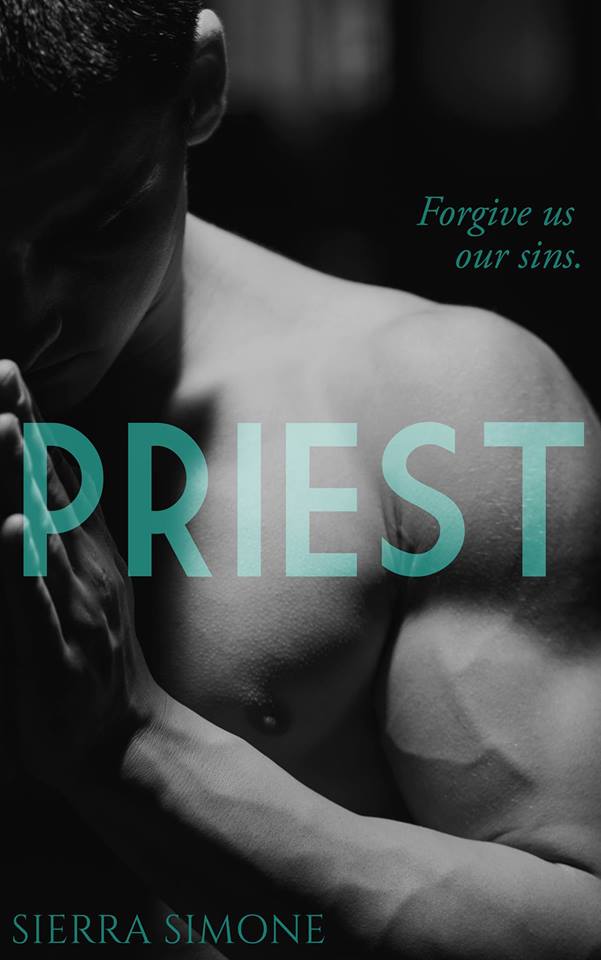 Blurb
When the ghost of her best friend begs for her help, psychic detective Denieve Knight goes undercover as a live-in domestic to catch a killer. She sets her sights on the most likely suspect: her friend’s mysterious employer, Doctor Braeden Frost. Dubbed "Dr. Death" by the press, the notorious hematologist is linked to nineteen other suspicious fatalities—all are former patients. The brooding recluse is a man of many secrets, the darkest of which may be lurking beneath the leather gloves he never removes.

Excerpt
An officer wearing a black slicker leaned out to buzz the front gate as rain fell in blinding waves. I shot Frost a panicked glance. “I swear I only called for an ambulance.” “Dearborne PD,” a voice boomed over the intercom. “Open up.” Frost hung his head. A wry smile curved his lips. “Officer Osborn. What an unpleasant surprise.” “You know him?” “Indeed.” Resolve hardened his face. He snagged a remote from one of the tables, pointed the thing toward a console on the opposite wall. A buzzer sounded and the outside gate slid open. “I’ll handle this.” “But you’re not—” “Change your robe,” he said. “You’re covered in blood.” Frost chucked the remote aside and stepped into a walk-in closet. Moments later, he emerged shoving his arms into a sleek black trench coat. He started for the hallway and had almost disappeared entirely, but he paused. Only his gloved hand—the one gripping the wall’s edge was visible. He leaned over so his head and shoulders were peeking from behind the wall, and shot one last meaningful look in my direction. The mysterious apology again. Then he came back over to me, and gently framed my face with both gloved hands. His pleading eyes were warm and hypnotically blue as his thumb stroked my cheeks. “You will stay, Miss Reed.” Who could think when he had me on smolder? “I…ah…” “Promise me.” Damn it. “Um, okay.” Triumph radiated on his face once he stepped away and disappeared down the hallway. I started wearing the carpet out the moment he hit the stairs and the more I paced, the louder my conscience screamed. No question about it. I was going straight to hell.

About the Author
Amazon Bestselling Author Tanya Holmes is a Golden Leaf double-finalist, a Romance Writers of America Golden Heart finalist, a recipient of the Maggie Award, the MICA Award, as well as Overall Winner of the Sandy Haddad Award and a two-time finalist and one-time winner of The Emily (Best of the Best). She's happily married with children and loves reading, writing and a good cup of coffee---but not necessarily in that order. She has two novels coming out in 2015: The Darkest Frost, a two-part Gothic paranormal serial romance with a twist, and in 2016, Temptation's Edge, a contemporary romance.
Connect with Tanya
About Me page | Amazon author page | Tsu | Twitter | Homepage
Goodreads author page | The Darkest Frost Facebook page

The Darkest Frost, Vol 1 of a 2-part serial by Tanya Holmes

Just finished and I'm so wound up, I'm on a high. I admit I was not expecting to love this book so much. It kept me interested the entire time.

Denieve goes undercover to investigate Dr. Death after being encouraged to do so by her friend's ghost (the friend died while working for the doctor). D isn't the average sleuth. She is like a paranormal mood detector. She can since feelings, emotions, lies and sometimes interactions. There isn't a cut and dry method to her talent. She may see, hear, smell etc the clues. She gets into more than she bargains for with this case.

Braeden is a very mysterious and troubled man. He is drop dead gorgeous, but he has several oddities that stand out just as much. He has goals, plans and experiments of his own that he is managing. Denieve may be the tool to break or fix everything.

The Darkest Frost Vol 1 has a twisted storyline. The sexual pull is off the charts, the romance aspects are addictive, and the paranormal details get better and better. I can't wait for the next installment.


Posted by Toni FGMAMTC at 7:00 AM No comments: