The Sound of the World by Heart by Giacomo Bevilacqua Review 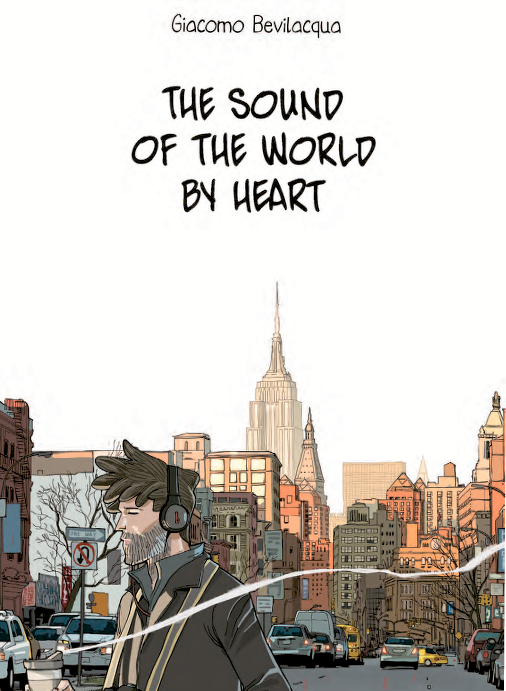 An experiment in social isolation turns into a journey of self-discovery as a photojournalist commits to spending sixty days in New York city without talking to a single person. More than just an exercise in observation and self-control, he's hoping to forget a troubled past and mend a broken heart. But the city has a sneaky way of throwing the best laid plans and noble efforts to waste, revealing secrets that lie right in front of him. All he has to do is open his eyes…A touching, vividly illustrated journey through contemporary modern New York, exploring what it takes to find yourself — and maybe your soul mate — in the middle of a crowded, bustling modern world.

The Sound of the World By Heart by Giacomo Bevilacqua

I'm not an expert, but I think the artwork is very good in this graphic novel. A+ The story is sort of wistful and a bit spiritual. It talks about deep things like the heart of a city and it's people. I don't believe that I understood the message it's trying to give, but I did find it uplifting. The premise is that the main character is doing an experiment in New York City. He's trying to not have actual interaction with anyone. He's getting over a break up and sort of finding himself while doing this social experiment article. Things get a little mystical when he and someone connect by their thoughts. I recommend it for the graphics, and if you're into new age thinking the storyline is something worth checking out.