Today we have the release day blitz for AJ Elmore’s romantic suspense, Cadillac Payback: Rising Tide. Check it out and be sure to catch up on the series today! 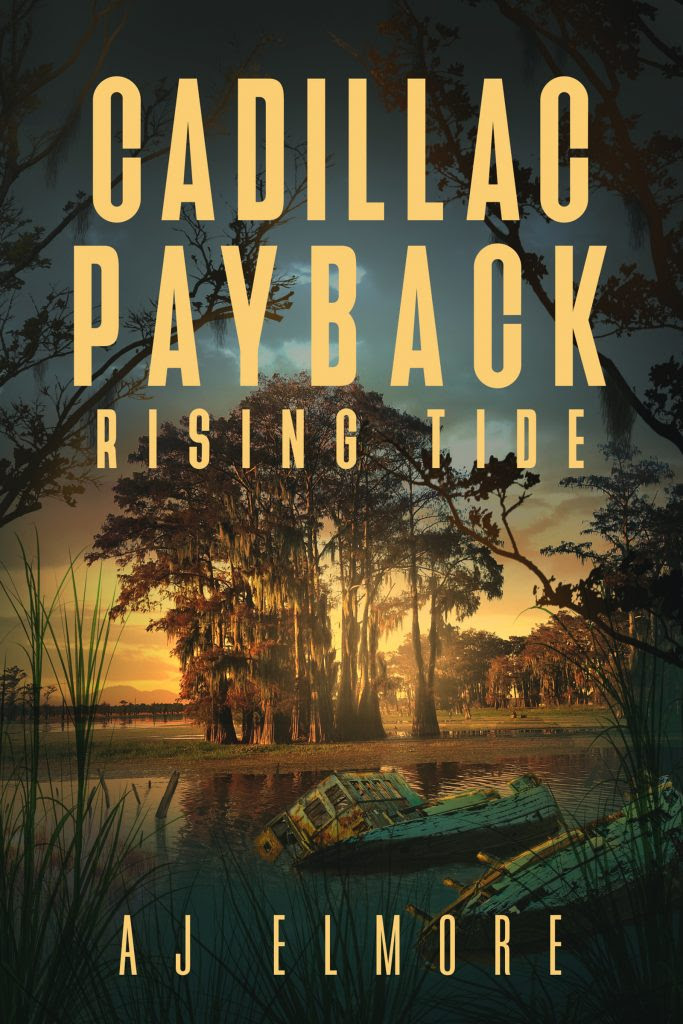 It has been a year since the fire in the Ninth Ward that solidified Maria's place in the ranks of her grandmother's operation. Though tensions are high among her remaining crew, things seem to be going well...until Abuela starts moving pieces and changing the ranks. Suspicions ride even higher when Isaiah shows up well after he left the life behind, and without an explanation. Will Maria be able to hold it together, or will she lose Joshua and Frederick, as well? What part does Isaiah play? 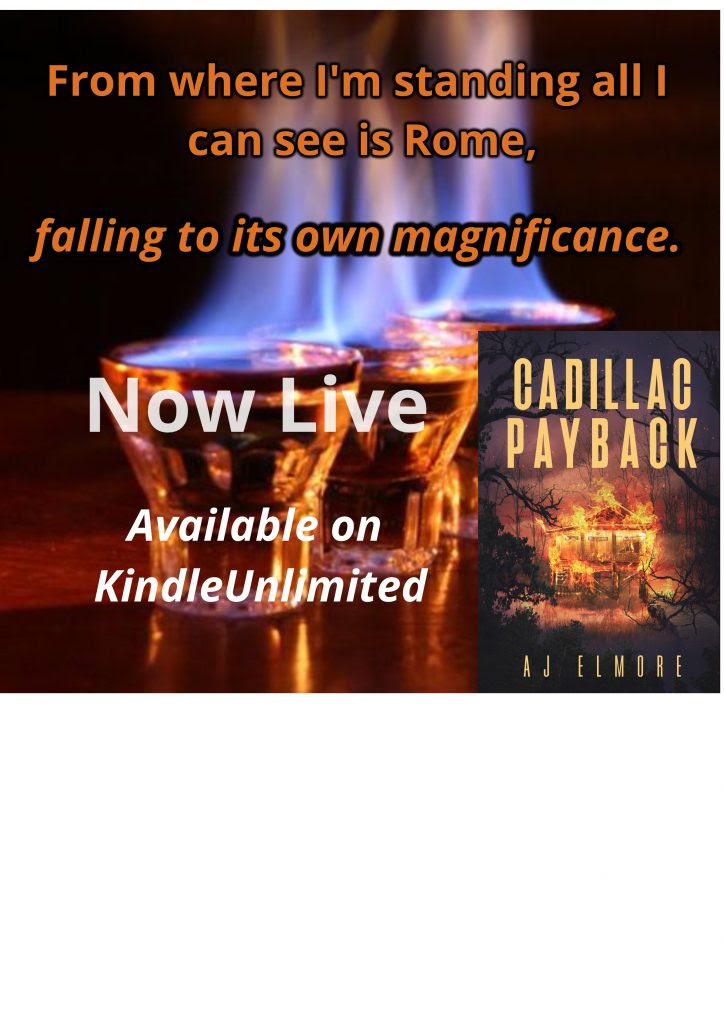 I roll the Indian into the garage lot, and park it. I let the engine growl for a bit before I shut it off. The only time I enjoy turning heads is when they hear this streamlined beast coming. This bike came back from the dead. Only true fans could understand.

Josh is already here, the garage door is up, and so is his hood. A greased-up Cajun by the name of Spanky is checking out the car’s guts. I think that’s his name, anyway.

Spanky is one of the few associates of mine whose interest lies almost solely in a legal trade. He knows where to get old parts for real cheap, and though sometimes I don’t know what the fuck he’s saying to me, he’s reliable. He owns the place, and for a fat sack, he lets me use his space when he can. He’s used to seeing the Caddy. The Challenger is a new treat.

I swing a leg over my bike, then replace my road goggles with my wire-framed glasses. The days are fading earlier the closer we get to fall, and the air has cooled from the mid-summer shroud of humidity and heat. The ride over was nice, wind against my face, carrying what last bits of aggravation lingered from the earlier part of the day.

Everything changes tomorrow, but tonight, I’ve agreed to do a tune up on Josh’s Challenger. He offered me money, but I won’t take it. I just want to get elbow deep in that machine.

I’ve dressed down in a pair of stained jeans, my old motorcycle boots, and a pristine white t-shirt. It’s something of a ritual, the process of getting a clean shirt dirty. I can hear Spanky jawing at the engine in an appreciative tone, and I smirk as I approach. Josh is watching Spanky’s backside with a look of confusion, which he turns on me, like I can somehow explain.

“Daaaaayum straight,” he answers, with a drawn out “Wooooooeeeeee” as punctuation.

He straightens and gives me a half-cocked grin. The grease on his cheeks makes what’s left of his teeth seem almost white. Somehow I think under that layer of muck, his skin is pale as a newborn, and he never sees the sun without a solid mask of grit.

He points at a large dirty cooler full of ice and clear beer bottles, and says, “Youawnt’un?”

I shake my head and hand over a rolled-up fast food bag, which contains a few flat, oozing burgers and his weed. His eyes light up when he sees it. As much as he’d love to stay and drool over Josh’s toy, he’d just as rather go get high and down some disgusting food. He nods to us, and disappears into the bowels of the garage.

“What the fuck?” Josh mutters under his breath as he snags a beer for himself.

He eyes the label, Miller High Life, and his expression turns down in distaste. It’s so haughty that I almost give him shit for being such a picky bitch. He pops the top anyway and takes a swig.

I’ve been riding for a while, so there’s already a layer of road dirt on my face. It was the best way to find the space to breathe after everything clicked just out of place at the Garden District house. That moment has been carefully boarded up and stored for later inspection.

There’s a strange ease in knowing the secrets are out, at least as far as our inner crew is concerned. The mandate has been passed, all applicable parties have been notified. Effective immediately. Except not really. Tonight I’m a free agent, floating too far from the ground to control my landing. 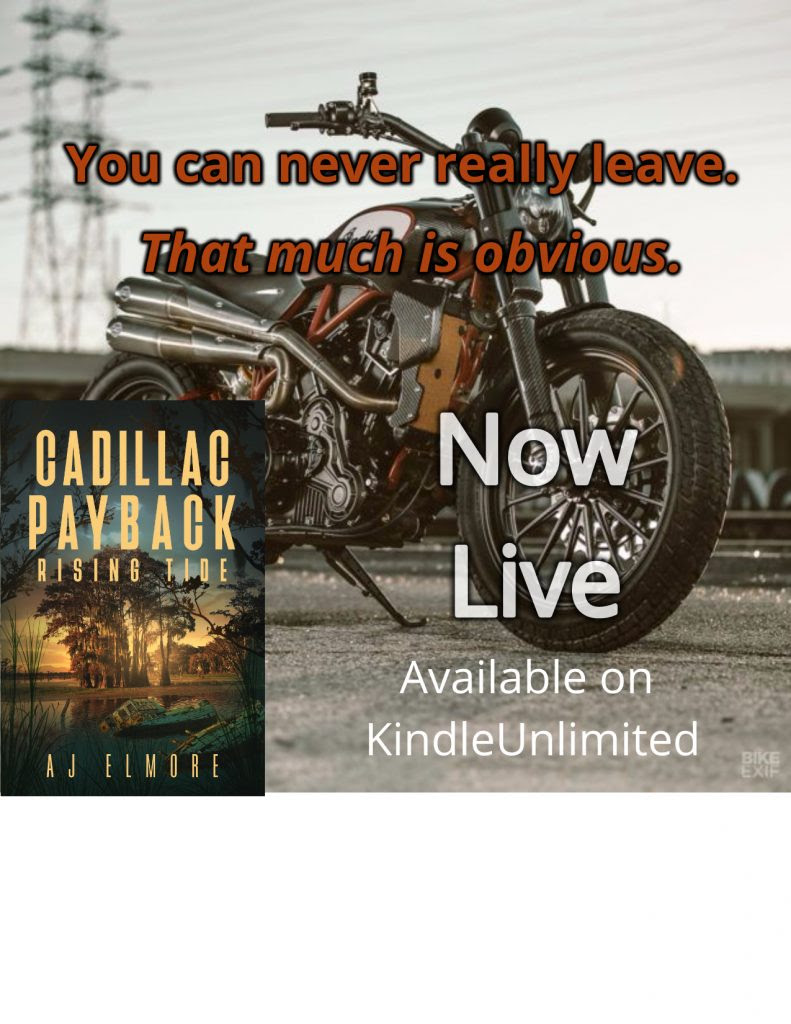 Catch up on the series with Cadillac Payback! 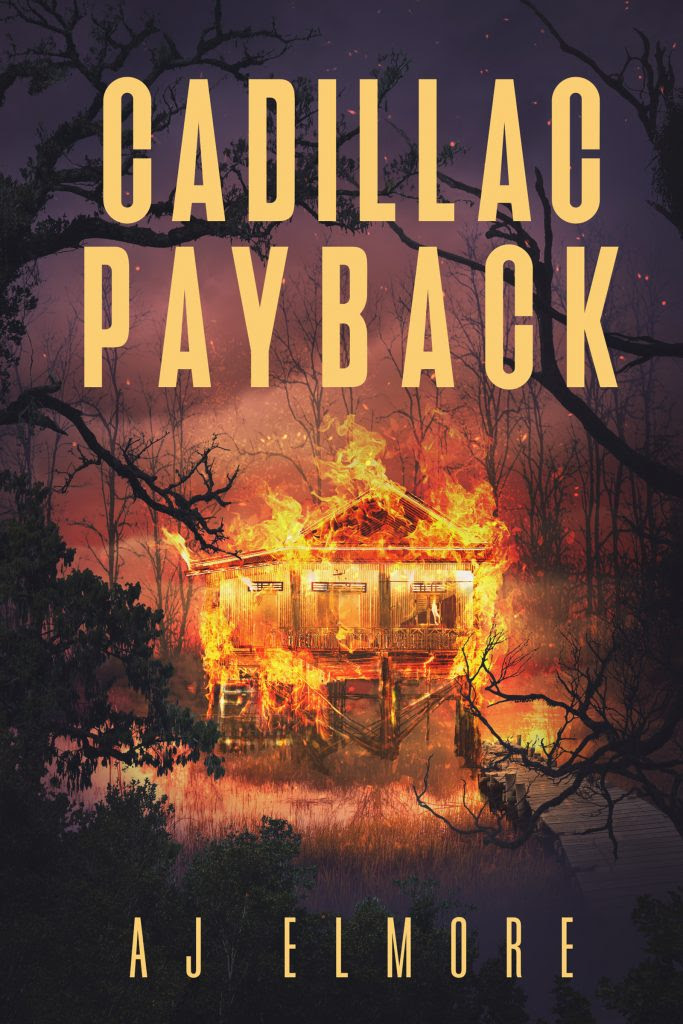 An old Cadillac and a gun are all she has left of her brother. Three men stand ready to follow her into the darkest pits of hell to avenge him. The Cadillac leads them down a swamp road lined with ghosts, consequence and the tangled web of business and pleasure, into the underbelly of New Orleans crime as she fights for vengeance for her brother. Joshua was just a rookie, a kid caught up in a drug ring. It’s fun and dangerous, all easy, until it kills his best friend and drags what’s left of his companions into a war. All he knows is he would walk into hell with her, and she might ask before it’s over… Isaiah thought he’d seen everything—but watching Charlie die tore the world apart. The regime is changing, and with the new leader come more questions than answers. He was Charlie’s right hand, but what will he be to her? Frederick came up on the streets, learned fast and hard and dirty. His past has always been a sticking point for the group, but one person has never questioned him, and he’ll do anything for her… Maria never wanted to take over Charlie’s operation. But with her brother dead, and vengeance the only thing she has left, she makes her first decision: drag Charlie’s killers down. It might just be her last. 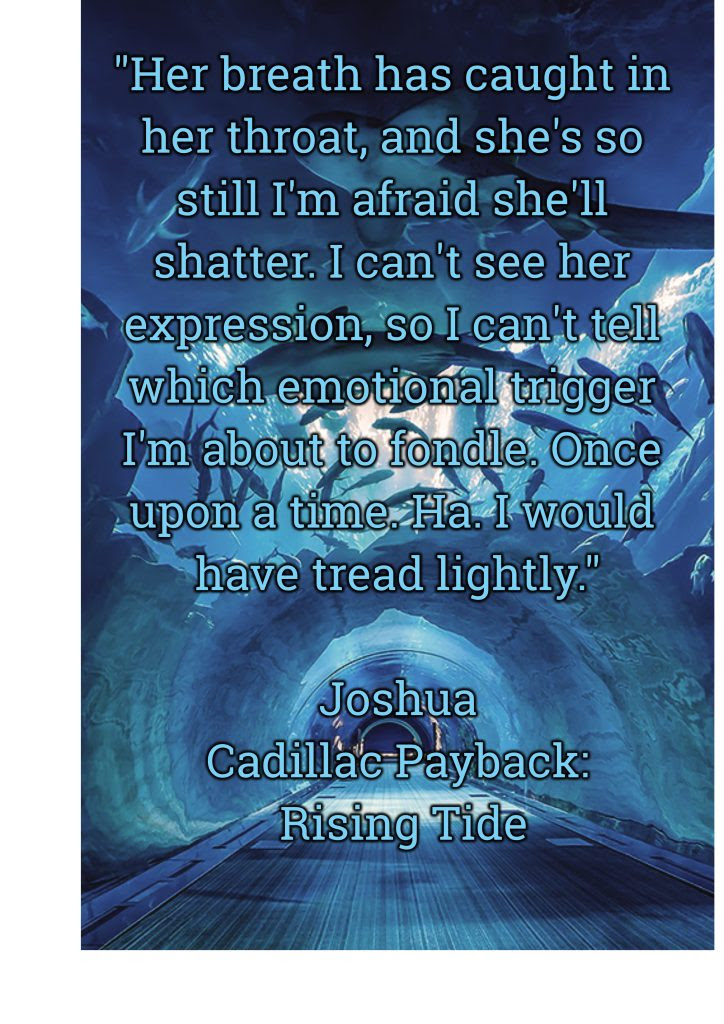 AJ is a beach migrant and part-time muse. She enjoys the exploration of genres vast and the search for untold worlds. A writer-for-fun since childhood, she has also been known to be a superhero, a gunslinger, and, occasionally, a waitress. She lives on an island, has a bachelor’s degree in journalism and some tattoos. She is most easily found at the water’s edge.