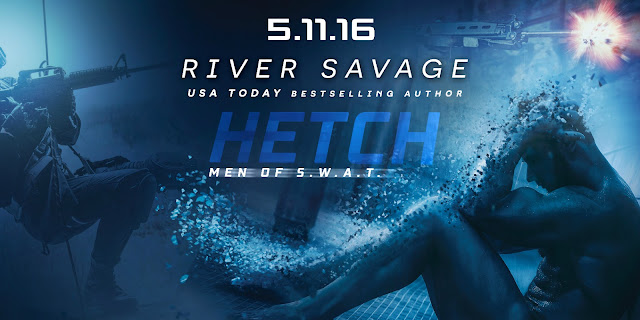 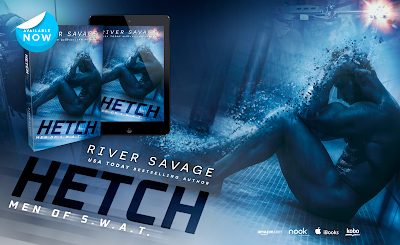 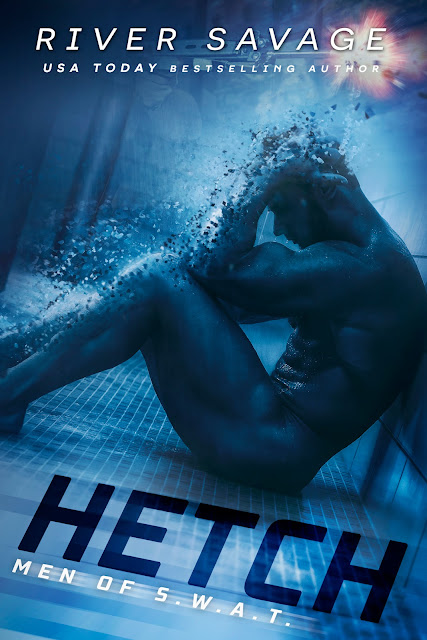 1 a: Keep safe or rescue (someone or something) from harm or danger.

Saving lives is the end goal.
It's a responsibility I live with every day, the reason I wear the badge.
Built on a brotherhood that runs deeper than blood, this way of life has become my very existence...

I thought I was saving her.

I never expected her to be the one saving me. 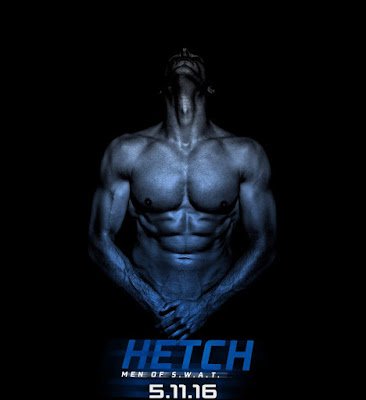 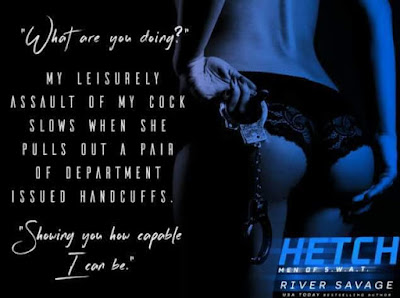 They say moments of clarity hit you hard. Like suddenly a deep understanding smacks you in the face. Your vision becomes unclouded, and a truth that’s been out of your reach rushes at you. It’s in that second your perception of reality becomes so clear you can’t begin to describe it.

Some call it beautiful, some say it can be saddening, some even compare it to the moment your drug of choice washes over you, offering a moment of escape.

I wish I could I say my moment of clarity is an epiphany or some kind of life-defining moment that showed me where my messed-up life is going.

No, my moment hits me as the first wave of the orgasm I’ve been chasing the last few minutes washes over me.

“Fuck, woman, wait for me this time.” His voice pulls me from my haze first, reminding me how messed up I am.

Heat covers my body, not from the life-altering orgasm, but from embarrassment.

Jesus, please tell me he didn’t hear me.

“Don’t go shy on me now, babe.” He half chuckles, half growls, and even though there is a wall between us, the words wash over me; Goose bumps prickle my skin as if his warm breath whispered over me.

Slowly, as if by some freak of nature, apartment nine can see me through the wall, I roll off the bed and find myself on all fours.

Fully committed to my actions, I slowly army crawl my way to the nearest exit.

A strong tap on the wall halts my escape followed by, “You still there?” Another wave of humiliation crashes over me when I take stock of my predicament.

If I don’t get out of here fast, I’ll be drowning in so much embarrassment, nothing will resuscitate me.

Unable to form a coherent thought, and not willing to engage with the pervert, I continue to low crawl my way out of my bedroom and into my bathroom. Closing the door, I stand, and quickly walk to the shower. After turning the faucet on, I strip the rest of my clothes off, then step under the spray of the water.

Jesus, that was close.

I have no idea what I was thinking. In fact, I know I wasn’t. Which scares me even more.

I, Liberty Jenson, would never take risks like this. If asked what prompted this change in me, I’d answer with two things.

And a self-appointed sex sabbatical.

It all started when I moved into my new apartment. At first, I was excited, ready for a fresh start. After a messy break-up, which included dealing with a douche ex who didn’t know how to keep his dick in his pants, I needed a new place. Somewhere closer to town this time, secure, and most importantly, affordable. However, finding a place close to the city, which was secure enough to make me feel safe and would still leave me enough money left over from my program director’s wage, proved to be a feat. After searching for five weeks, I was about to give up, accept defeat and move in with my mom and dad again. I mean it wasn’t the worst thing that could happen to a single thirty-year-old woman.

Luckily for me, I didn’t have to resort to such desperate measures when this place came up two weeks ago. After a quick walk through, I fell in love with the two bedrooms, one bath, and open kitchen living area. I filled out the paperwork, paid my deposit, a month’s rent in advance, and moved in five days later.

That was until I realized how paper-thin the walls were between apartments.

It started out subtle, a sneeze in the early evening on my first night here as I settled into bed. A soft murmur of a man’s voice the third night.

But then came the sex.

The fourth night in my new apartment, I was woken to the low moans of what I assumed to be a needy woman.

My face heats up remembering the screams, the grunts. The deep baritone of apartment nine’s voice as he told the ‘bitch’ to keep it quiet.

Unsure what to do, I laid silent, listening to my new neighbor fuck some lucky woman into submission.

I’m not going to lie; I wasn’t turned on by it. I was set alight.

But it didn’t stop me from wanting it.

The deep grunts of pleasure.

I wanted it all.

I wanted it to be me.

“I’m officially going to hell.” I groan under the water, trying to wash the stupidity off me. Stupid would be the nice way of calling me a fucking idiot. And an idiot is what I am. Especially after tonight. 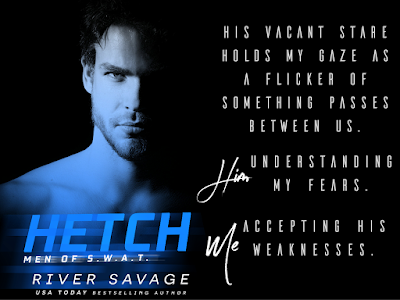 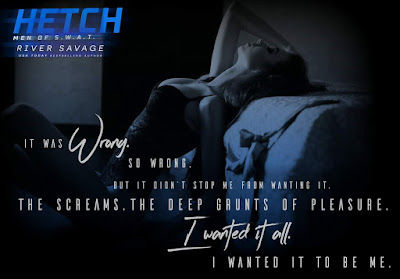 River Savage is the Author of the Knights Rebels MC Series. She released her debut novel, Incandescent, in August 2014.

With a soft spot for an alpha male and a snarky sassy woman, Kadence and Nix were born. 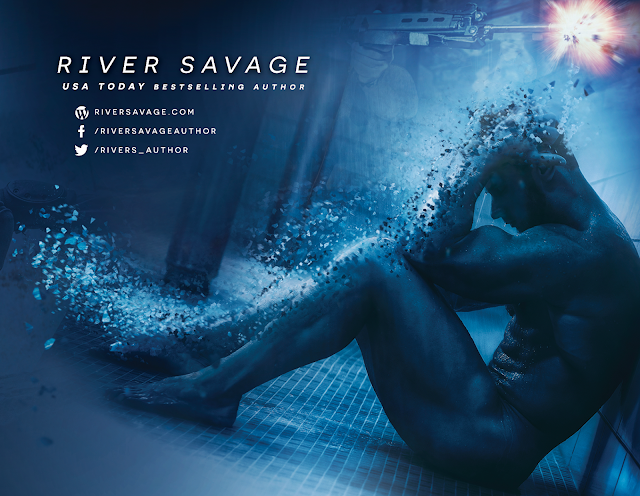 Hetch is a S.W.A.T. team leader. He often has to talk people down in hostage or suicide situations. He's had some experience with this in his personal life also. Sometimes it all gets to be too much for him. He's great at helping others, but he needs to learn to give himself that same courtesy.

Liberty works in a home for teen boys. It's not an easy job. Many of her charges have the streets calling them, and she goes above and beyond to try to keep them on the right path. Her job is pretty much her life.

When these two first get together, you never know if they're going to fight or fall into bed. He's not used to being told no. She's unable to bite her tongue. It makes for some colorful dialogue between them.

This book is a mix of sassy, sexy and sweet. It has sincere and strength moments too. I really liked Hetch. If you like cop or law dramas that show the job life and home life, this is right up your alley.