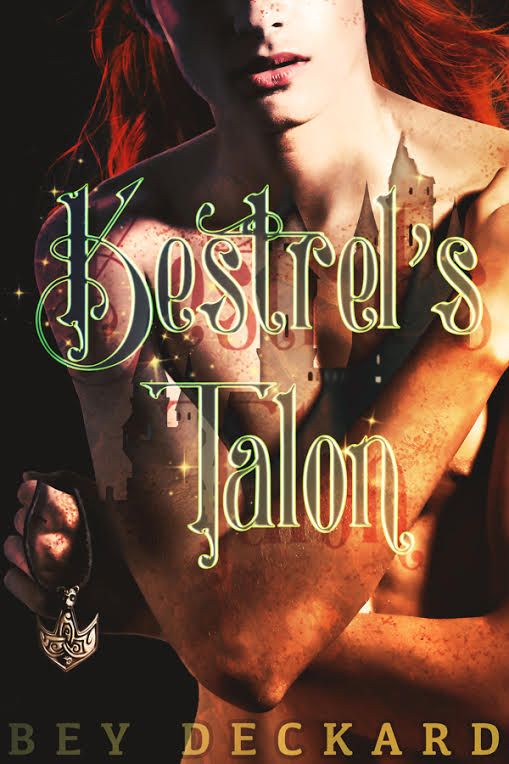 
Genre(s): Fantasy, Triad, LGBT/QUILTBAG
Following the Prentish/Nemarri war, Kes is rejected by his homeland under the guise of religious purity laws. Though he's spared execution, the proud Nemarri's fate is only marginally more merciful than death when he is sold into sexual slavery at a prosperous pleasure house.Despite his stoic endurance, Kes knows he’s reaching his breaking point, but there is nothing he can do—there is no path to freedom in the Holy Prentish Empire, only a lifetime of humiliating servitude.That is, until a beautiful young slave and his formidable master approach Kes in the marketplace and make an astonishing offer to take him home with them. The only problem: “home” is the accursed Horthmont Castle from the scare-stories of Kes’s childhood.Thrown into a world of living myth, powerful magic, and ancient gods, Kes learns the secrets kept hidden by Horthmont’s thick blackstone walls. There he discovers something he thought he’d never know again: hope for the future.

What to say about this book? Hmm. Well... I like writing triads. I really do. And I love these characters dearly... especially the one not mentioned in the title (you'll see). It's not particularly dark... at least I don't think so. It's mostly a story about trust and hope and healing. It was going to be a standalone, but as I was writing it, I realized that it would take more than one book to tell the whole story. So this is the beginning... and I think it's a good beginning. :)


For More Info Go To
http://www.beydeckard.com/blog/kestrels-talon-the-stonewatchers-1/


Buy it at Amazon 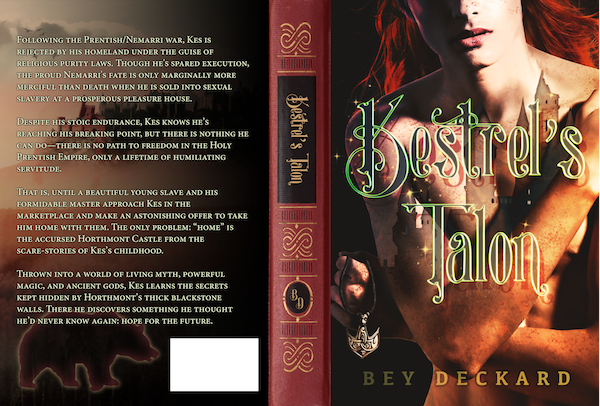 Kestrel's Talon has a historical fantasy, epic tale feel. Inside is a wholly developed world with separate peoples, laws, gods, mythologies and histories. There are castles, magic, slaves and mysteries. It's full of unique characters with differences in background, social status, physical stature, sexual identification and so on.

The story begins with Kes. He's a slave at a pleasure house. For a captured soldier, this is a very tough pill to swallow. One day from across a crowded marketplace, Kes shares a moment of eye contact and connection with a fellow slave that will change his life forever. Talon has a powerful skill and an unbroken spirit. Count is the third piece of the puzzle, a Master. He's reticent and strong, feared by many and known truly by few.