* The second novel in the USA Today bestselling duology*

“A sordid love triangle for readers who like it rough.” – Kirkus Reviews

In 2013, Laurelin Paige self-published her first novel. Her husband was just laid off, she had three kids, one with special needs, and they had just filed for bankruptcy so she needed this novel to work.  Less than 1 year later, her debut novel, Fixed on You, was at the top of the bestseller lists and was named one of the top ten selling books of 2014 by Publishers Weekly (the only self-published book to do so) and a Top Ten Favorite Read of 2014 by People Magazine. Her successive self-published novels have been smash hits with readers.

The New York Times and USA Today bestselling author of the Fixed trilogy released her first print book with a major publisher in December, FIRST TOUCH. The first novel in a suspenseful and sexy duology, where a young woman’s race to find her missing friend leads her to passion and danger, hit the USA Today bestseller list and became a fan favorite. This June comes the second book in this game of cat and mouse duology, filled with dark desires and dangerous secrets. LAST KISS (St. Martin’s Griffin; June 14, 2016) is the follow-up that will tantalize and satisfy readers.

Emily Wayborn has made a decision. She might not fully trust handsome and deadly Reeve Sallis, but he is the one person that gives her what she needs. With Reeve she can finally be herself. Submitting to him is the only thing keeping her grounded as the rest of her life falls apart. But the hotelier is a master at keeping secrets and as she continues her quest for answers, someone is making sure she doesn’t find them.

Time is running out and she is questioning everything she thought she knew about friendship and love. She must now make an impossible choice that will determine if she will survive with her heart...or her life.

“Laurelin Paige writes an addictive mix of emotion and sexy that draws the reader in and doesn't let go until long after the last page is read.”
—K. Bromberg, New York Times bestselling author of the Driven Series

“Dark, intense, and incredibly sexy, FIRST TOUCH kept me on the edge of my seat from page one up to the very last word.”


About the Author
Laurelin Paige is the NY Times and USA Today Bestselling Author of the Fixed Trilogy. She's a sucker for a good romance and gets giddy anytime there's kissing, much to the embarrassment of her three daughters. 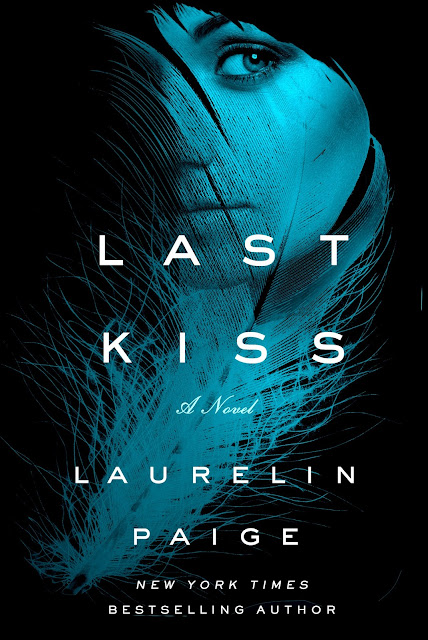 or the man leaning against the side of the house until I was almost on top of him.
“Oh, hi! I didn’t see you there.” I sounded flustered and on edge. “Sorry to have surprised you.” The man’s head tipped toward
me. “Emily, right?” he asked, as he exhaled a puff of smoke.
I squinted at him, trying to place him, but I couldn’t. In fact, I was certain I hadn’t seen him before. He had to be one of the ranch guests, which didn’t explain how he knew me. “That’s right,” I said tentatively. “I don’t think we’ve met.”
He tilted his head as he took another slow draw from his ciga- rette. “Nope. We haven’t.” Even in the dark, I didn’t miss the hun- gry way his eyes groped my frame.
He took a step toward me, and I readied myself to run. Just then, the front door slammed open. I looked up to the porch to see a couple of Reeve’s men leaving the house. W hen I turned back, the man wasn’t there anymore. I glanced around and caught sight of him circling around behind the building.
A man didn’t run off that easily if he hadn’t had ill intent.
I shivered. I wondered  if all of the guests were that creepy. No wonder Reeve was wary of them. Suddenly, I wanted to run and tell him about the encounter.
Then, at the top of the stairs, I noticed his door was shut, which meant he was in there. But what if he wasn’t alone? What if the con- versation with Amber at dinner had led them to his bedroom?
Before I let myself get worked up, I looked to Amber’s door. It was shut too. It was the first time I’d seen it closed since her arrival, and my mind jumped to a hundred different possible conclusions. Maybe she was exercising her new babysitter-free status. Maybe she was puking again in the bathroom and wanted privacy. Or she was making out with one of the ranchers. Or crying over whatever Reeve had said to her after I’d left them.
Or she wasn’t in there at all.
I could easily knock on her door to find out, but I wasn’t sure I
l  a  s  t k  i  s  s 93

could face her if she answered, and I was absolutely sure I couldn’t take it if she didn’t.
Hoping I would be better equipped to handle the situation after a good night’s sleep, I retreated to my own room with a sigh of res- ignation.
Though it was late enough to go to bed, my emotions were too frazzled for sleep. And I was cold. My evening walk had set a chill in my bones that lingered even in the warm house. W hile I wished it was Reeve warming me up, a hot shower would be just as effec- tive at raising my body temperature and would also calm my nerves.
I stripped, tossing my clothes onto the chair in the corner of my room, then went to start the shower. I turned the water on without getting in, sticking my hand under the stream until it was hot enough. Then I crossed to the linen closet at the other end of the bathroom and picked out a couple of towels. When I shut the door, I turned back toward the shower and nearly jumped out of my skin. “Reeve!” I patted my breastbone, trying to calm the thudding
in my chest. “Goddammit, you scared the hell out of me.” Between his sneaky arrival and the lurking cowboy outside, I wouldn’t have been surprised if I was on my way to a heart attack.
His lip curled up with amusement.
I scowled. “I’m glad you think sending me to an early grave is funny.” But I wasn’t really irritated by his arrival in the least. I was glad, and I was certain the accelerated tempo of my heart rate had as much to do with his appearance at all as it did with the element of surprise.
He leaned his hip against the vanity and folded his arms across his chest, a position that highlighted both his broad shoulders and toned biceps. “You like it when I keep you guessing,” he said dis- missively, not an entirely inaccurate statement, though it was a bit discomforting that he knew it so well.
“And I like you on your toes,” he added, his eyes dark as they slid the length of my body. I felt them like silk as they caressed over
9 4          l a  u r e  l i n   p a  i g e

the slopes of my breasts, down the plane of my stomach, zeroing in on the landing strip above my pussy. Suddenly I’d warmed up quite sufficiently, the pool of moisture between my thighs as hot as the steam gathering in the room.
I met his scrutiny with ogling of my own, biting my lip as my eyes landed on the large bulge at the front of his pants. He was bare- foot, and I tried not to wonder if that meant he’d been undressed once already in the evening. Tried not to wonder if it was his first or second erection of the night.
Bringing the towels in front of me as a much-needed barrier, I
mirrored his crossed arms. “W hat are you doing here, anyway?” He shrugged. “You wouldn’t come to my bed so I had to come
to yours.”
It was surprising how easily happiness bubbled in my chest. Teasingly, I threw his words from the night before back at him. “This isn’t my bed.”
He was already walking toward me. “It’s close enough.” The towels fell to the floor as he seized my hips and turned my back to the counter. His mouth captured mine, greedily stealing my breath and sense of reason with his lips and tongue.
God, I was hungry for him. I roved my hands over his chest, wanting to touch all of his body at once, delighting at the hard muscles that met the underside of my palms. He was solid every- where. A wall of strength and potency that could so easily over- power me. I was weak in his presence, incapable of anything except to yield.


A warning bell sounded in the back of my head, though, urging me to get my wits together and address . . . something.  It was dif- ficult to remember what exactly when his hands were on my breasts, squeezing and pinching. The bite of pain sent jolts of electricity through my nervous system, signals that my brain read as pleasure. Pleasure I couldn’t resist. 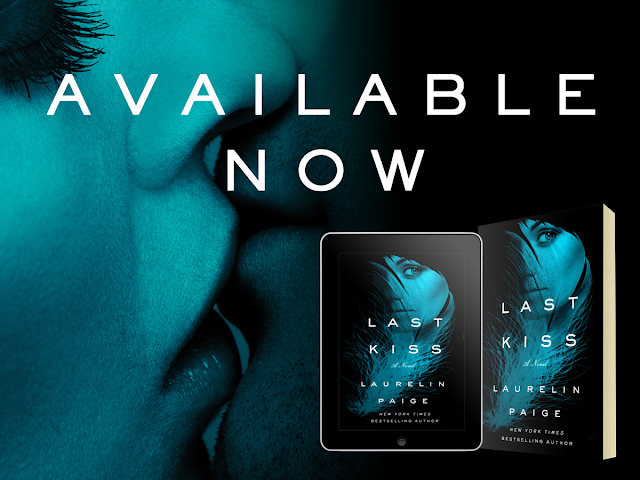 Danger is definitely near, but it's unclear who Emily should really fear. Her submissive personality begs for others to control her. She's surrounded by people, some of which she loves and wants to trust, and others are near who seem to be the enemy. While everyone is trying to sort out safety and guilt, she's also having a moral dilemma. Her goal has always been to save Amber, but now she's fallen for Reeve. Amber has been the director of Emily's life since she was 16. Reeve gives her the dominance and command she needs. Is she capable of not submitting to either? She has loads of doubts and concerns, but is she even strong enough to look at things intelligently?

I couldn't put this book down because I had to know the answers. Thankfully, everything comes out, but the journey is murky and angst-filled. Several scenes made me nervous as to which way they would turn out. I knew who I thought was behind everything, but the author does a good job of adding bits to throw Emily and the reader off solid ground. I have to mention the sexy factor. It's quite steamy starring Reeve as the perfect lover to Emily. If you read the first book, you already know that this one is a must read.