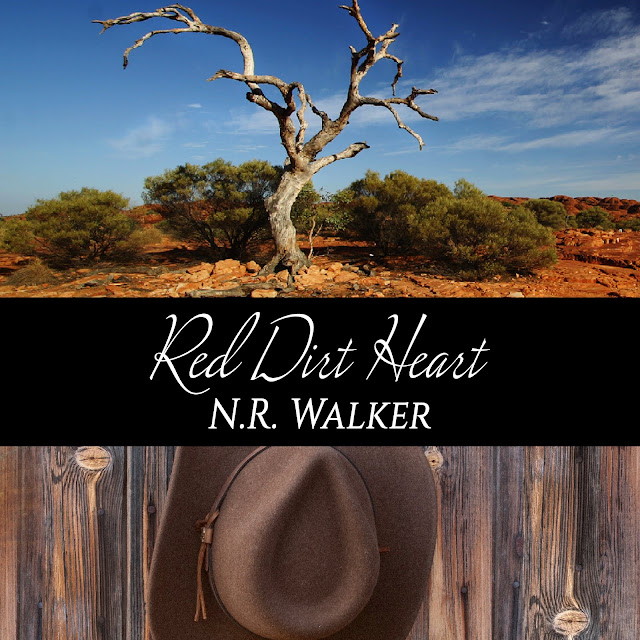 Welcome to Sutton Station: One of the world’s largest working farms in the middle of Australia – where if the animals and heat don’t kill you first, your heart just might.
Charlie Sutton runs Sutton Station the only way he knows how; the way his father did before him. Determined to keep his head down and his heart in check, Charlie swears the red dirt that surrounds him – isolates him – runs through his veins.
American agronomy student Travis Craig arrives at Sutton Station to see how farmers make a living from one of the harshest environments on earth. But it’s not the barren, brutal and totally beautiful landscapes that capture him so completely.
It’s the man with the red dirt heart.

N.R. Walker is an Australian author, who loves her genre of gay romance.


She loves writing and spends far too much time doing it, but wouldn’t have it any other way.


She is many things: a mother, a wife, a sister, a writer. She has pretty, pretty boys who live in her head, who don’t let her sleep at night unless she gives them life with words.


She likes it when they do dirty, dirty things… but likes it even more when they fall in love.


She used to think having people in her head talking to her was weird, until one day she happened across other writers who told her it was normal.


She’s been writing ever since…

I never knew about farming in Australia. They are not playing around. It takes a heck of man to even make an attempt. Red Dirt Heart has two tough, intelligent workingmen as the leads. They’re from two different countries, but beliefs and feelings transcend all that. I enjoyed how most everyone felt like family and was 100% ready to help each other. I love Charlie’s focus and Travis’s ability to break down his guard. I’ve focused a lot on their strength, but I want to add that there are really sweet moments also. I’m looking forward to more from this series.