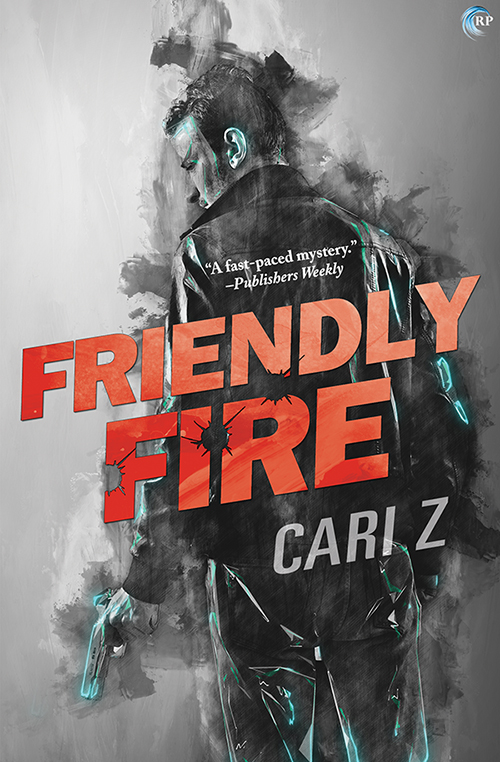 Elliot McKenzie is the king of reinvention. Five years after losing his job and his lover and almost going to prison, his self-help program, Charmed Life, is more successful than he’d ever dreamed. He thinks he’s put his sordid past firmly behind him, until he starts receiving cryptic threats . . . and realizes it might not be as over as he’d hoped. Security expert Lennox West has been lost since a deadly skirmish in Afghanistan led to his forced retirement from the Army. His PTSD makes helping his ex raise their daughter a challenge. When his ex’s sister asks him to set her boss up with a security system, Lennox isn’t expecting anyone like Elliot McKenzie—a man who captures his attention and makes him feel relaxed for the first time since leaving the service.But Elliott is dangerously stubborn. Even as the threats against him escalate, he refuses to involve the police, and Lennox fears that stubbornness could kill him. A battle of wills ensues that brings them closer to each other than either man expected. But if the threats turn real, they might not live long enough to get their future together.

This is a romance about two men trying to move forward from troubles in their pasts. It's also a suspense because a bit of trouble is still to come for them.
Elliot has completely turned his life around. He was a lawyer tangled in illegal activities with dire consequences. Now, he's running a successful company that focuses on helping and supporting others who have also made mistakes and then positive life-changes.
Lennox works in security. He's a good man struggling with burdens and regrets. He made an impossible call which resulted in some soldiers dying by shots from their own people. Everyone knows there was no way to have known, but he can't move past the guilt.
Friendly Fire has awesome supporting characters. Holly is a cute dog that steals the spotlight. Lee, Lennox's daughter, and Serena, Elliot's personal assistant and Lee's aunt, bring a lot of personality to the story. They also really push the relationship along between Elliot and Lennox.
If you're looking for a contemporary romance with some action, mystery and suspense, check this out.