The Roman by Sylvain Reynard Review 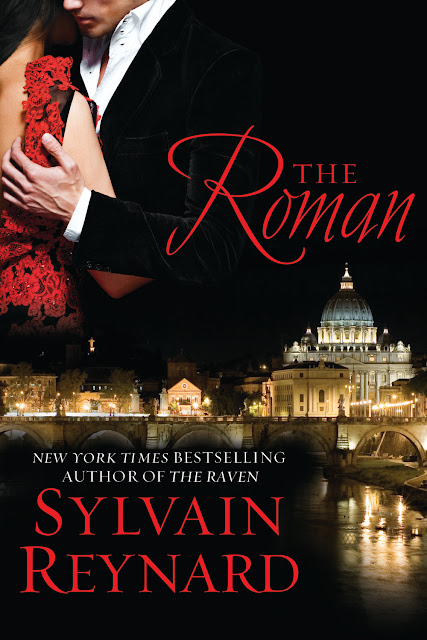 From the New York Times bestselling author of the Gabriel trilogy comes the highly anticipated conclusion to The Shadow, a sensual novel set in Florence featuring the dangerously intoxicating coupling of Raven and William…
Raven and her sister, Cara, are at the mercy of a small detachment of Florentine vampyres, who are delivering them as a peace offering to the feared Curia in Rome.
Though she’s unsure William survived the coup that toppled his principality, Raven is determined to protect her sister at all costs, even if it means challenging Borek, the commander of the detachment.
In an effort to keep Raven from falling into the hands of his enemies, William puts himself at the mercy of the Roman, the dangerous and mysterious vampyre king of Italy. But the Roman is not what he expects …
Alliances and enmities will shift and merge as William struggles to save the woman he loves and his principality, without plunging the vampyre population into a world war.
This stunning conclusion to the Florentine series will take readers across Italy and beyond as the lovers fight to remain together. Forever.

The Roman by Sylvain Reynard
My rating: 4 of 5 stars

This book wraps the series up in a wonderful way. Nothing is really left hanging, but there's room for more if the author ever chooses to continue. I love the way The Florentine books show historical people, places and art. Artwork is a major focal point throughout The Roman as it was in the others. With vampyres, battles and life or death situations, it still takes time to appreciate the beauty of the visual arts. I like how the idea of vampyres is approached differently in this book. The connection to religion makes it stand out from any other stories I've read. I also love how the goal isn't to become a beautiful, perfect immortal. Actual substance means so much more than outward appearance. The love is epic and felt deeply. I recommend The Roman for sure, but you will have to read the previous books first.