FROM SAND AND ASH by Amy Harmon Review 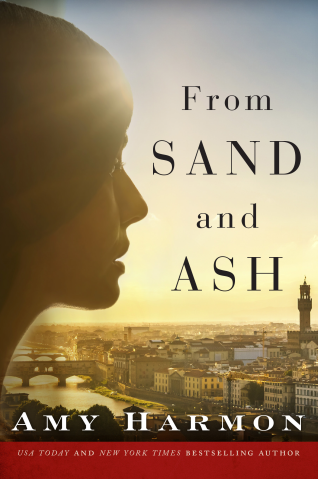 Italy, 1943—Germany occupies much of the country, placing the Jewish population in grave danger during World War II.

As children, Eva Rosselli and Angelo Bianco were raised like family but divided by circumstance and religion. As the years go by, the two find themselves falling in love. But the church calls to Angelo and, despite his deep feelings for Eva, he chooses the priesthood.

Now, more than a decade later, Angelo is a Catholic priest and Eva is a woman with nowhere to turn. With the Gestapo closing in, Angelo hides Eva within the walls of a convent, where Eva discovers she is just one of many Jews being sheltered by the Catholic Church.

But Eva can’t quietly hide, waiting for deliverance, while Angelo risks everything to keep her safe. With the world at war and so many in need, Angelo and Eva face trial after trial, choice after agonizing choice, until fate and fortune finally collide, leaving them with the most difficult decision of all.

A sweeping, epic story of love, war, and the resilience of the human spirit. 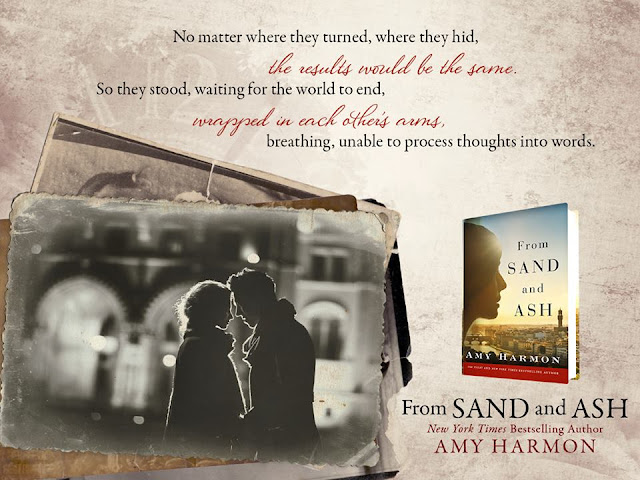 From Sand and Ash by Amy Harmon

Eva and Angelo grow up together in a sort of mixed family. His grandparents take him in. They live with Eva and her father. She considers his grandparents as her grandparents. Her father considers him the son he didn't have. All of these bonds are tested by the events of WWII. Eva and her father are Jewish. Hitler has control of Italy. Eva and Angelo are getting older. They find that the love they have for each other is more than just familial. Angelo's goal has always been to become a Catholic priest. His position allows him to help people (especially the Jews) more than he could otherwise, but it also means he can never marry.
This book is full of beauty and tragedy. It follows two people in love and the conflict and consequences of everyone's choices. It portrays the best of worst sides of human nature. Mostly it focuses on the lengths people will go to help each other. My heart hasn't felt so much in awhile. From Sand and Ash is an experience that should not be passed up. It's an epic love story that will restore your faith in humanity.