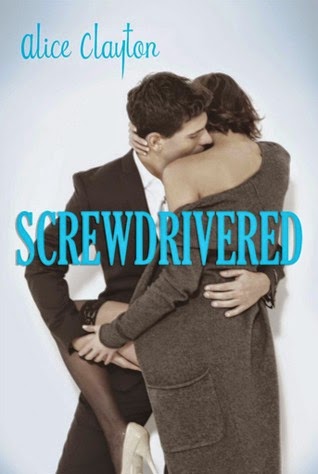 Readers back for a third round of the bestselling Cocktail series will enjoy a madcap romantic comedy about bodice ripping and chest heaving, fiery passion and love everlasting. Plus a dash of paperwork filing and horseshi—wait, what?By day, Viv Franklin designs software programs. By night, Vivian’s a secret romance-novel junkie who longs for a knight in shining armor, or a cowboy on a wild stallion, or a strapping firefighter to sweep her off her feet. And she gets to wear the bodice—don’t forget the bodice.When a phone call brings news that she’s inherited a beautiful old home in Mendocino, California from a long-forgotten aunt, she moves her entire life across the country to embark on what she sees as a great, romance-novel-worthy adventure. But romance novels always have a twist, don’t they?There’s a cowboy, one that ignites her loins. Because Cowboy Hank is totally loin-ignition worthy. But there’s also a librarian, Clark Barrow. And he calls her Vivian. Can tweed jackets and elbow patches compete with chaps and spurs? You bet your sweet cow pie.In Screwdrivered, Alice Clayton pits Superman against Clark in a hilarious and hot battle that delights a swooning Viv/Vivian. Also within this book, an answer to the question of the ages: Why ride a cowboy when you can ride a librarian? 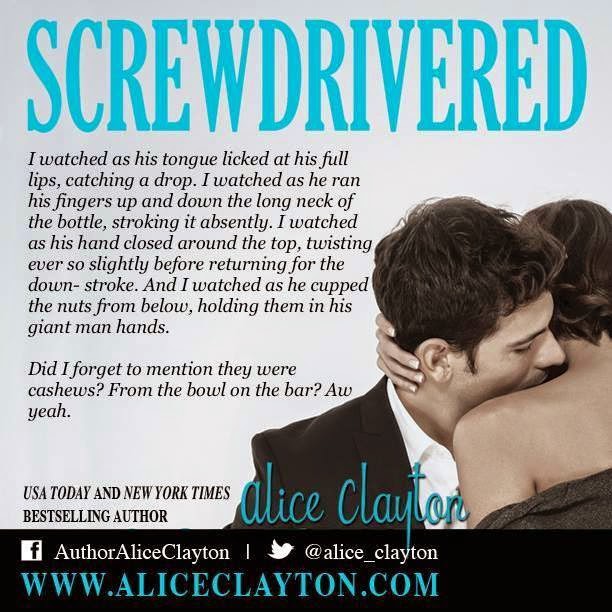 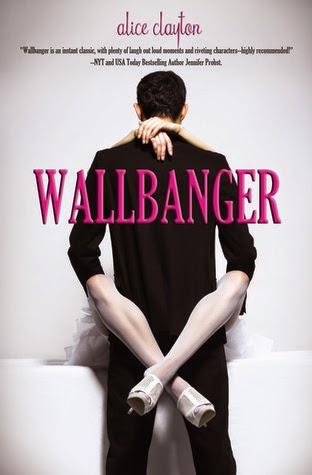 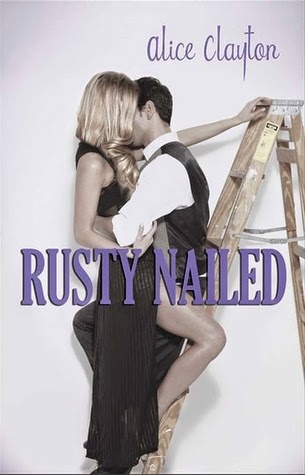 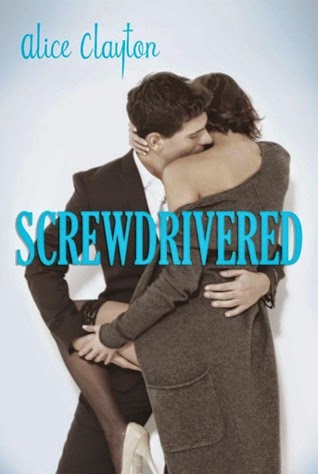 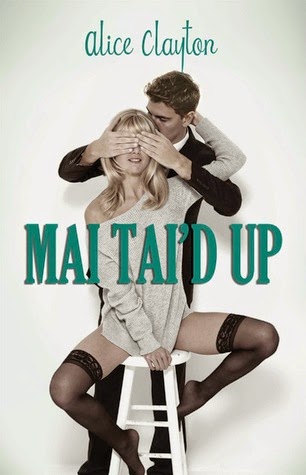 Alice Clayton is a novelist with an unholy love for her KitchenAid mixer. Making her home in St Louis, she enjoys gardening but not weeding, baking but not cleaning up afterwards, and is trying desperately to get her long time boyfriend to make her an honest woman. Hi sweetie!!After working for years in the cosmetics industry as a makeup artist, esthetician, and national educator for a major cosmetics company, Alice picked up a pen (read laptop) for the first time at 33 to begin a new career, writer. Combining her love of storytelling with a sense of silly, she was shocked and awed to be nominated for a Goodreads Author award in 2010 for her debut novels, The Redhead Series.Alice has penned three novels, The Unidentified Redhead,The Redhead Revealed, and coming soon in November 2012, Wallbanger. She thinks you should purchase them immediately. She’s not kidding, not even a little bit. Everyone needs some comedic erotica in their lives. She is hard at work on the third book in The Redhead Series, set to release in Spring of 2013, continuing the saucy and sexual escapades of everyone’s favorite couple, Jack and Grace. Additionally, Alice loves spending time with her besties on Not Your Mother's Podcast, make sure you check them out at notyourmotherspodcast.com or over on iTunes. 3 women rushing towards their forties still acting like teenagers. A saucy little mix of sex, love, relationships, pop cultural, celebrity gossip and All Things Jake Ryan.Alice enjoys pickles, Bloody Mary’s, 8 hours of sleep, and a good pounding.Finally Alice would also like all her readers and listeners to help her convince Mt. Alice that the only other thing that would make her truly happy is finally bringing home a Bernese Mountain Dog. She is totally serious. And done talking about herself in the third person… 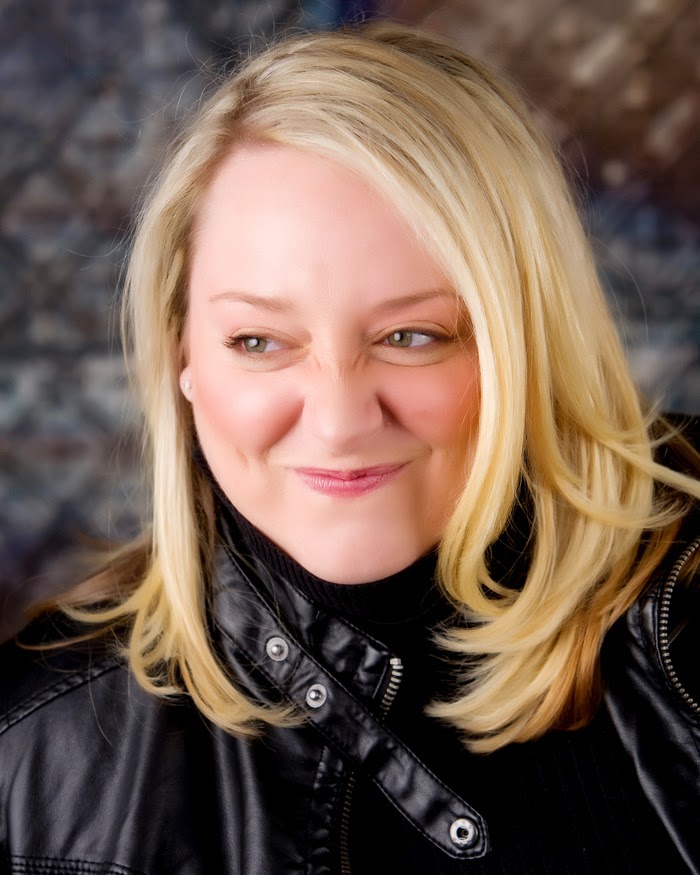 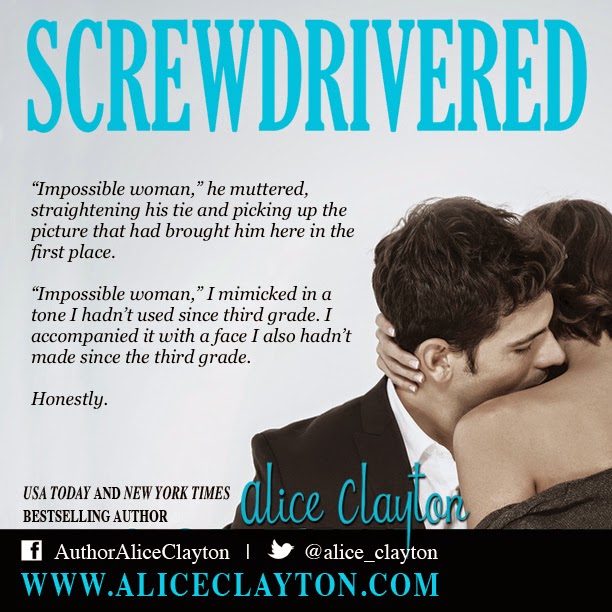 So often in today's contemporary romance books all we see are bad boys. After a while, for the zealous reader, this can get old so reading a nice 'good guy' book is revitalizing.

Unexpectedly, Viv receives a call in the middle of night. Her great aunt has died leaving everything to her. She takes off on an adventure, leaving her life behind in New York to move to a small town in California in order to take over the property. When she gets to the house, it's like an episode of Hoarders. Not only that, but the house is in a desperate state of disarray and decay.

Much to Viv's delight, the property comes with it's own cowboy who takes care of the horses and chickens. He's absolutely gorgeous and sends her imagination into overdrive. She's often distracted in one of her daydreams staring Hank.


Much to her annoyance, the house also comes with a head of the historical society librarian who must approve any changes or repairs she makes to the house. He makes her blood boil in a wholly different way.


I like how Vivian isn't the average beauty. She has barely there spiky hair and lots of tattoos and piercings. At the same time, she still acts somewhat girlish, not constantly trying to be a hardass. Seems many female leads are either of the perfectly virginal or utterly badass extremes.

I completely fell for Clark. He's so respectful. He opens doors. Where the guys who know they can get whomever they want might ignore the non-Barbie everyday type, Clark seems to have a reverence for the female population. Hidden under his nerdy casual suits is a nice athletic body. I picture him as a young Noah Wyle.

Screwdrivered has great original scenes—falling through rotten wood, bats in the house, late night adolescent-like phone conversations from across the country.

Some of the previous couples make appearances. Simon and Caroline come to visit bringing with them Mimi and Ryan. Also a new couple pops up, Jessica and John.

As far as in relation to the other books in the Cocktail series, I feel this book isn't as good as Wallbanger and is better than Rusty Nailed. I had fun reading it. I recommend it, and I plan to read the next book in the series.