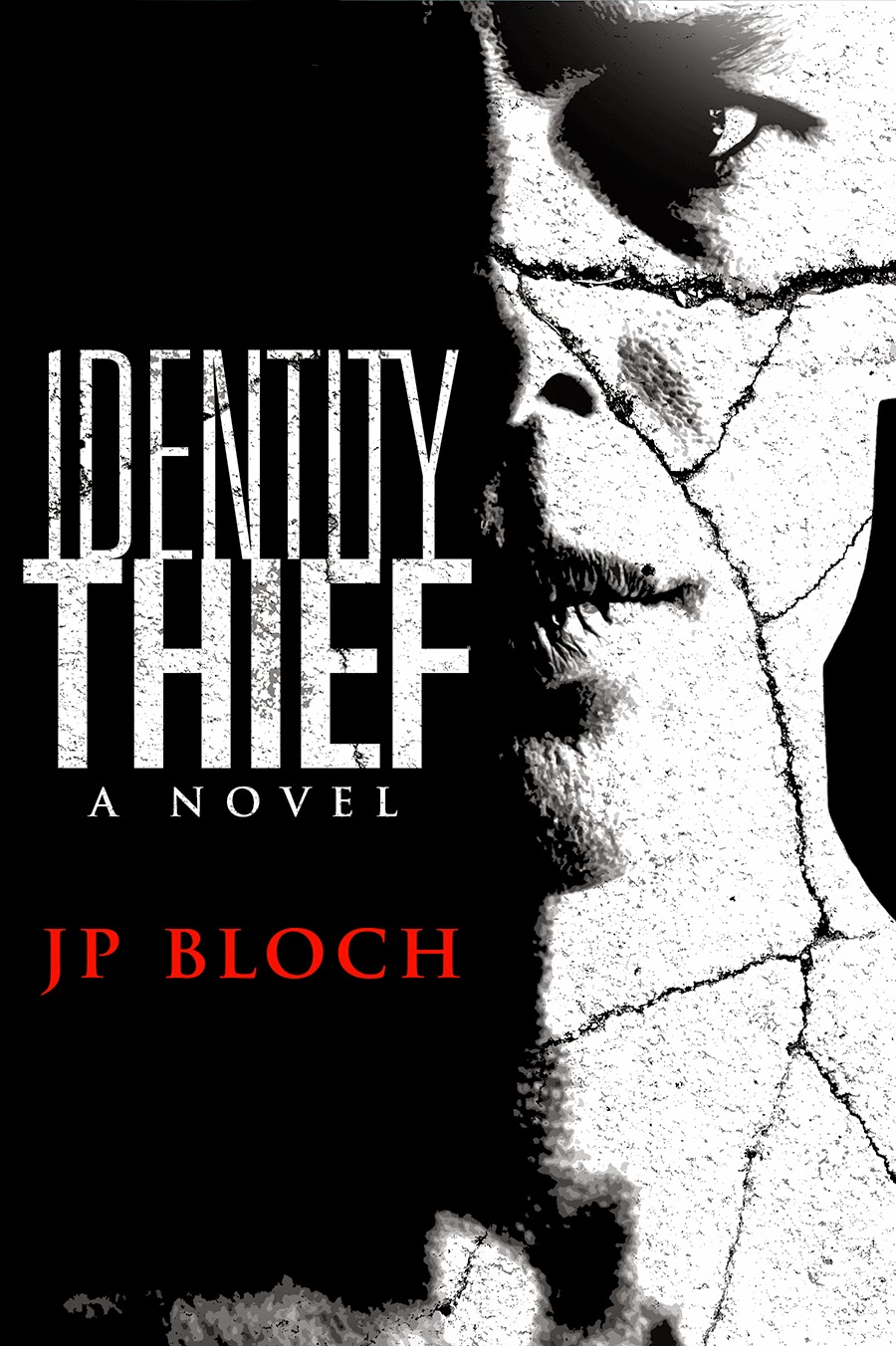 Out of work, down on your luck, desperate for cash. What if you could get rich with a few strokes of the keyboard? All you have to do is become someone else.

But nothing’s that simple in this fast-paced, psychological thriller. While the thief builds a new life, his victim’s world begins to unravel. As the story dangerously snowballs downhill, the characters discover how losing themselves can lead to duplicity, blackmail, and sometimes murder.

JP Bloch’s darkly comic, edgy exploration of the mystery of the self will keep you guessing until the last word. You’ll come away agreeing with the narrator that “the biggest mistake you can make is thinking you know who you are.”


"JP Bloch’s Identity Thief careens through a spiraling labyrinth of stolen identities reminding one of Churchill’s riddle, wrapped in a mystery, inside an enigma. After his identity is stolen, Dr. Jesse Falcon goes from the frying pan, into the fire, into the endless quicksand of identity theft, until you just want to ask, as they did on the old TV show, ‘Will the real Jesse Falcon please stand up?’ But like Bloch says, the real identity thief is life itself. Identity Thief is an audacious and cleverly plotted, intriguing mystery that opens up new layers of deceit at every turn, like an endless trove of Russian nesting boxes, with one surprising twist after another. Definitely looking forward to his next."
Paul D. Marks, Shamus Award-winning author of White Heat

"This is a fun ride. Despite featuring deeply troubled characters, Bloch treats them with a sense of humor that softens some edges but dangerously sharpens others. There are times when you'll chuckle at a name or a seeming coincidence, then be blindsided with an unexpected—sometimes unsettling—turn. As the main players lose and find identities, you'll be pulled into their fragmenting worlds where truth is temporary and few are whom they seem—to others or to themselves."
Frank Tavares, author of The Man Who Built Boxes and other stories 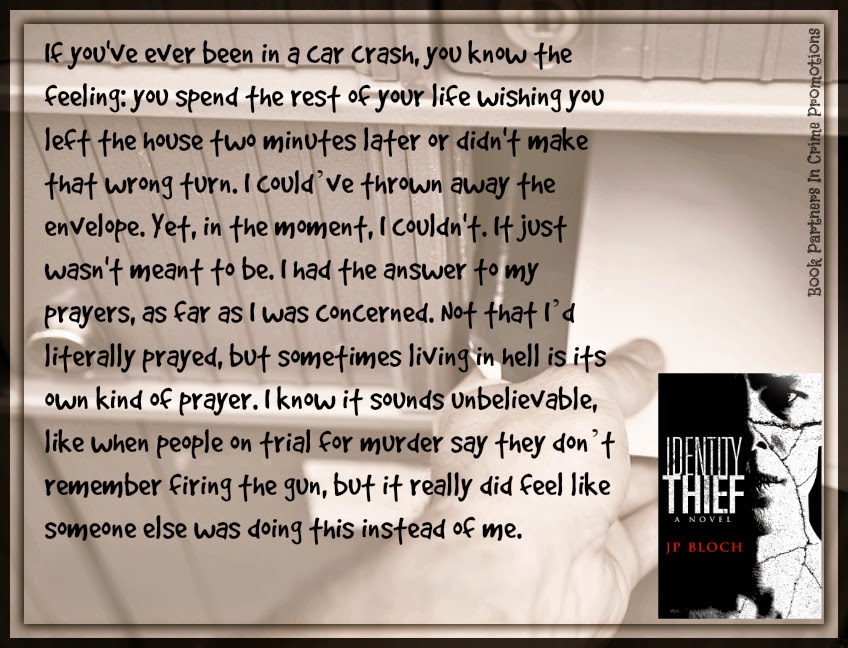 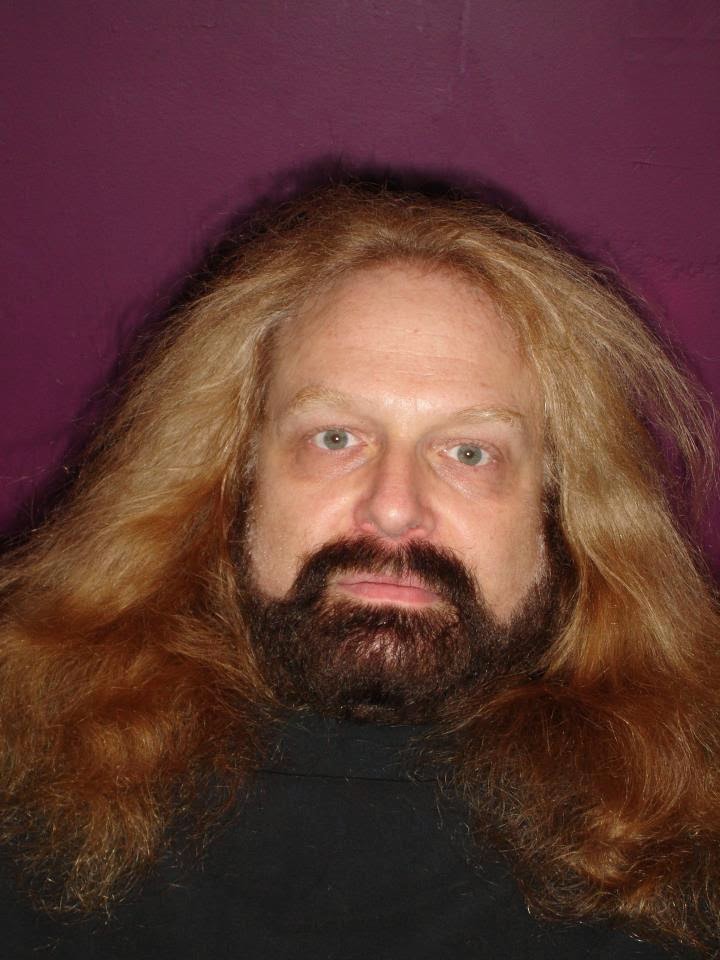 JP Bloch has a PhD but hopes people won’t hold it against him. He has lived all over the country, and so far the feds have not busted him. He finally settled in Connecticut, where he is an indentured servant to his dog. JP writes on his king-size bed with the fan on. His hobbies include eating cashews while watching TV and overdosing on film noir favorites.

Doc Bloch, as he affectionately calls himself, teaches criminology, gender, and other things. He has appeared on TV and radio numerous times. Having grown up in different households, he became interested at a young age in the fragility of self-identity. On his own since age 15, he also developed a lifelong interest in finding food and shelter. Thus he hopes you will buy this book. He has discarded many identities himself over the years before sticking with chocolate mint chip. JP is also a victim of identity theft, which is ironic since he has no money.

He enjoys people who have gained wisdom from hardship and ask questions more than they assume answers. His turn-offs include Brussels sprouts, bigotry, and people who think life is simple.

Besides novels, he writes poetry, nonfiction and scholarly articles. JP’s paintings have been hailed as naïve folk art. Tumultuous skies are preferred over sunny ones. 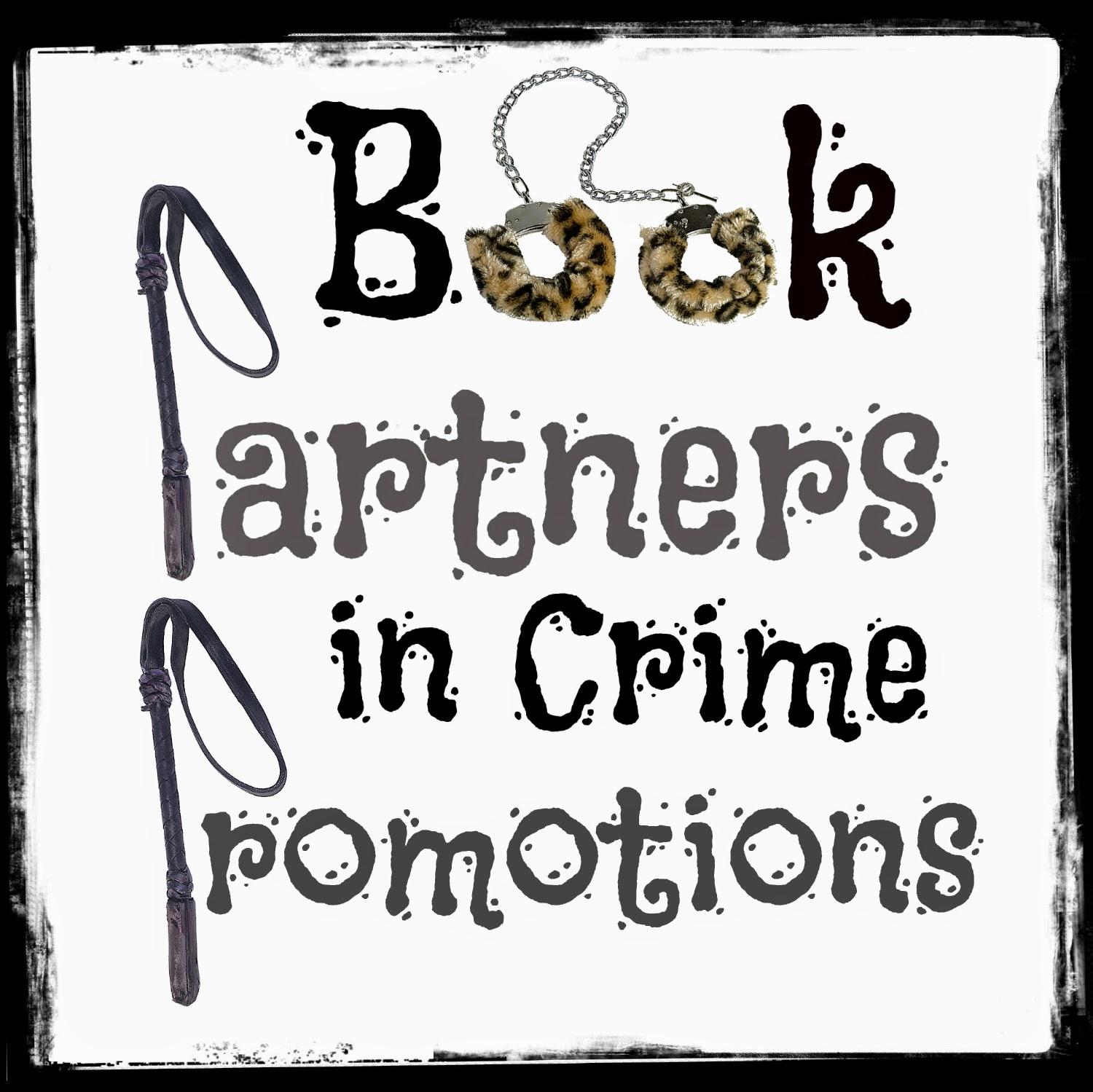 I had no idea upon starting this book what I was getting into. After reading, I would tag it with psychological thriller, dark comedy, karma, murder, twists.

It begins with a nobody. Honestly, I don't even remember his name being mentioned at all. I'm sure this was done on purpose to really bring home the idea that no one cares about him. He is at the bottom of the pile in life. No one looks up to him, not his wife, best friend, son, employer, peers...He's always been the one stepped on to help the others reach their goals.

Mr. Nobody, like something you'd scrape off your shoe without a second thought.

I'd always been utterly disposable, like a used condom or last year's cell phone.

Finally a series of events causes a 180° turn in his personality, or was he always this man really?

I'm two different people. One guy does the right thing, while this other guy calls the first guy a chicken shit for not doing the wrong thing that I wanted to do instead.

Dr. Jesse Falcon is so also brought into the story. We know right off what a creep he is. His outward appearance is completely opposite from Mr. Nobody. He's totally all about himself.

There are many side characters. Some are ditzy and useless. Some are danger in disguise. Some are not who I thought they were.

Had I noticed this sooner, my life would've turned out much differently.

"What's next?" I wasn't someone who could be trusted, so why should anyone else be any different?

I'm the type of person that usually can figure out where a plot is headed. This book totally shocked me in a very good way. I loved it. It's hard for me to describe the feel of the story. It's different, kind of in a Double Indemnity/Arsenic and Old Lace/Rear Window mix sort of way except the reader is left out of the know about what's going on behind the scenes, and of course it's during modern times. Certain hints are dropped all along, but I still didn't catch on. I absolutely recommend Identity Thief and will be looking forward to reading more from J.P. Bloch. 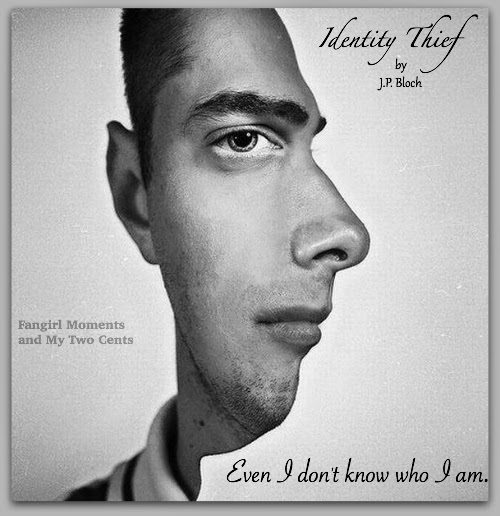