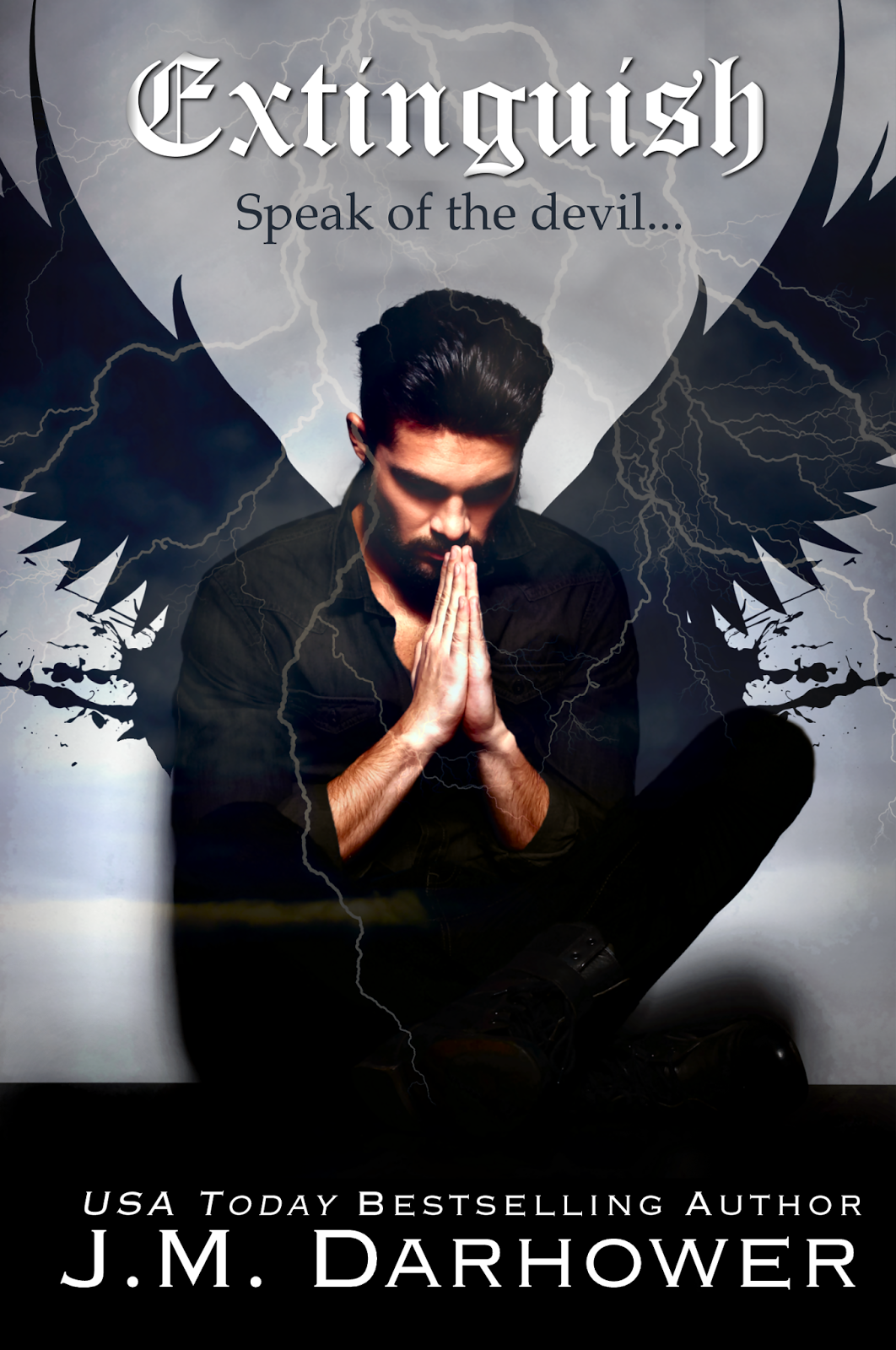 One… Two… Three… Four…I Declare WarSerah always believed the world around her was perfect. As a Power, one of the warrior angels, she has spent her existence defending the innocent from evil. After tragedy strikes, tearing Serah's brother from her life, she's given the task of stopping the approaching apocalypse before it's too late.Only one thing, though: she has to venture to Hell to do it.Lucifer—or Luce, as he prefers to be called—has been biding his time in Hell, longing for revenge against those who oh-so-easily cast him into the pit. When the heavenly beauty shows up at his gate, he's just as captivated by her presence as she becomes of him. The attraction between them is palpable, and Serah's willpower slowly slips. How can this charming creature, this scarred Archangel, be the one annihilating the world she so loves?As the war wages on, the world entwined in chaos, Serah starts questioning everything she ever knew. When the light and dark, hot and cold, finally collide, she has to make a choice—a choice that sets her world on fire, black and white exploding into colorful flames.Serah has questions. She wants answers.Luce just wants to play a game. J.M. Darhower is the USA Today bestselling author of books about the hottest hitmen and the women who find some hope in them. She lives in a tiny town in rural North Carolina, where she churns out more words than will ever see the light of day. She has a deep passion for politics and speaking out against human trafficking, and when she isn't writing (or fangirling) she's usually ranting about those things. Chronic crimper with a vulgar mouth, she admits to having a Twitter addiction. You can usually find her there.

I am a big fan of J.M. Darhower's writing, but until recently I had never read her paranormal books. In my opinion, this book is another win. Extinguish is a view of the battle between Heaven and Hell. Neither is exactly what one would expect.

It's a myth that Heaven is a singular place. There are no pearly gates leading to a fluffy sanctuary, no Saint Peter monitoring names and determining if people are allowed inside. Salvation isn't run by a book. There's no Naughty or Nice list, à la Santa Claus.


Also the angels and demons aren't completely traditional. Two of the main characters are brothers—Lucifer, the fallen angel, and Michael, the archangel. Both seem to have good and bad traits. For Michael, following the rules no matter who you hurt is his number one priority. Lucifer prefers to be true to himself no matter which rules get broken in the process. Serah is an angel who finds herself intertwined in the brotherly fight. She has been sent on a mission to Hell to try and bring a cease to the war.

The more Serah learns, the more we see.

"It's not black and white."


This book kept my attention the entire time. And that ending—WOW. I cannot wait to jump into book 2.