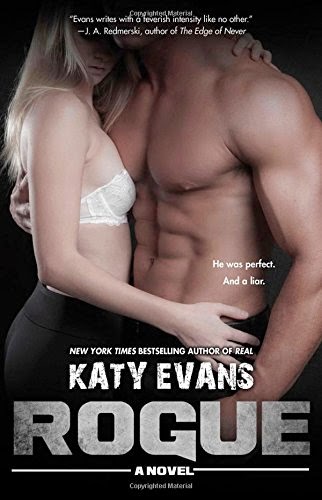 The fourth story in the new adult series that began with the New York Times bestseller Real, featuring Brooke's best friend, Melanie, and the ROGUE she can't resist.Greyson King...My boyfriend. My friend. My protector. He's the reason I wake up every morning with a smile on my face, and the reason I fall asleep limp, worn out, and aching for his warm arms around me. When we make love, he says my name like it means something. Like I mean something.HeLied.His name is Greyson King, but his alias is Zero.There's zero trace of him, he has zero past, and now I know that with him, I will have zero future.He may leave no trace of him anywhere, but his imprint is in me, in my very soul--and I hate that a mere look at him commands the beat of my heart. The temperature of my body.I've looked for love my entire life. I've waited for the butterflies, the rainbows...Instead I'm in a free fall of emotions and there's no one to catch me but the one man I should be running away from. The one man I thought was my prince charming.Except this prince charming went rogue.Greyson will stop at nothing to make me be with him. He'll let no one stand in our way, will allow no one to threaten me, and maybe this is what scares me most of all...What will my rogue do to keep me? 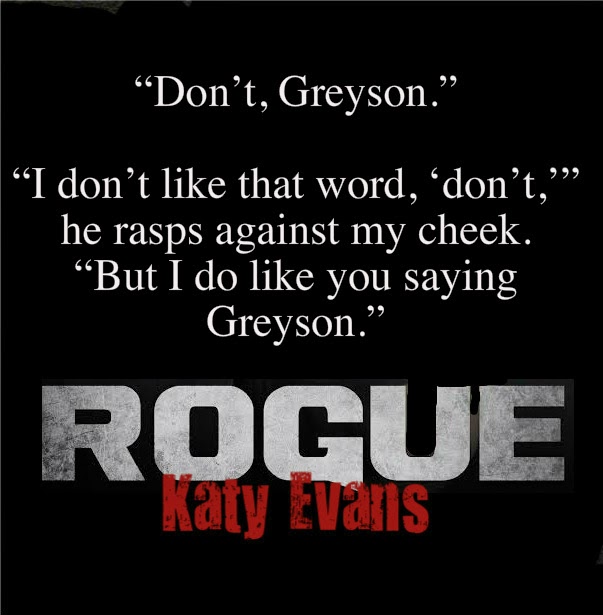 My Life in 8 Words: “Hectic, wonderful, complete; everything I ever wanted.”
Katy Evans grew up with books and book-boyfriends until she found a real sexy boyfriend to love. They married and are now hard at work on their own happily ever after. Katy loves her family and friends, and she also loves reading, walking, baking, and being consumed by her characters until she reaches “The End.” Which is, hopefully, only the beginning…

REMY is my #1 book boyfriend so he's a tough act to follow. Greyson did an excellent job. I didn't like him as much, but I did love him.

He's a ten. I've never, ever been with a ten. And the way that he looks at me...I've seen that look before. The look that Remington Tate gives Brooke. That look. He's giving it to me and I'm dying inside. Can I die from one look? And if one look can kill me, then what would one touch do?


Greyson is like a good bad guy. He wants to be a good person, and in his heart he is a wonderful person. But his circumstances and actions make him look otherwise. He's perfect for readers that want to skirt the edge of bad boy.

Melanie is a realistic 21st century girl. She isn't a super virgin or a badass. She's a lonely woman with a life full of one night stands looking for her prince charming.

I like both characters really well, and I think that they were perfect for each other. Sometimes couples in a story don't seem even, but they definitely complete each other. Neither is really good or bad but a variance on the scale.

She makes me feel like I'm not a robot, like I'm flesh and blood, a man, not a number, not a job...not a monster, not a bastard, not a zero.


I super enjoyed this read and definitely recommend it.