Almost Alive by Daryl Banner is one of my top reads of 2015.  Daryl Banner, author of The Beautiful Dead, stopped by to answer a few questions about this series and more. 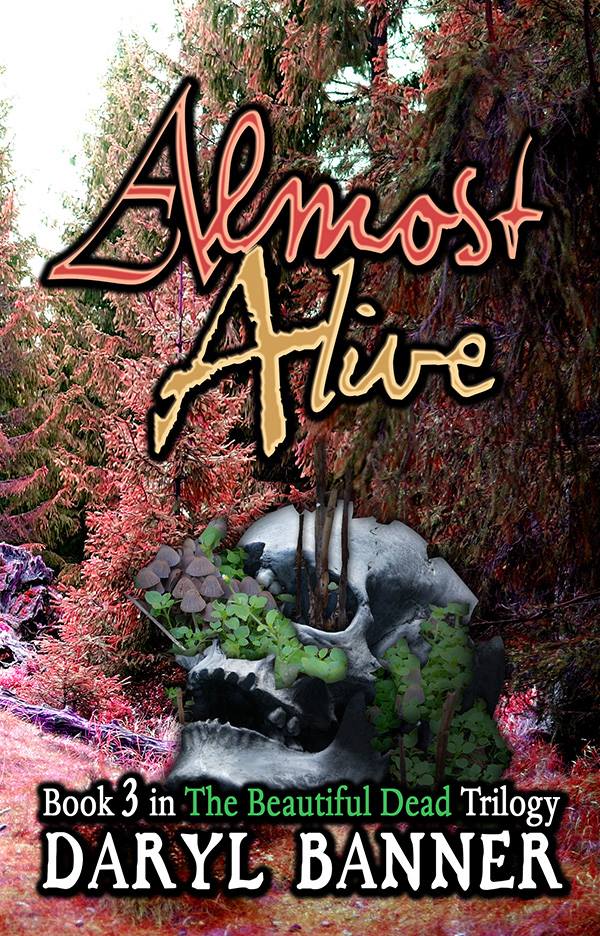 *BOOK #3 IN THE BEAUTIFUL DEAD TRILOGY*
*It is recommended to read this series in order*
THE BEAUTIFUL DEAD (#1)
DEAD OF WINTER (#2)
ALMOST ALIVE (#3)
Twelve years have passed since the devastation.
The world is changed. What once was a planet struggling to survive is now a planet bursting to life. The humans are thriving. Gardens are growing. Trees are reaching up to the sky and the Undeadly clutch on the planet is slowly letting go.
But what does that mean for Winter and her friends?
In the wake of spring, the last of the desperate Undead gather, fighting to maintain their place in a world that no longer wants them. Mother Nature slowly but certainly works to purge the planet of the Dead, just when Winter thought she had finally embraced this Second Life.
Her new friends are back and old nemeses return for the final chapter in Winter's Undead journey.

Your undead are not like traditional zombies.  Was that your plan from the beginning or did the story change?

It was sort of both. I didn't have a plan at all when I wrote the first pair of chapters. I think that's where most of my inspiration came from, because I was just surprising myself as I wrote. I started with a very simple idea: an undead society that very much mirrors our own, a female main character who is undead herself, and a living man she meets who, despite his repulsion of her, desperately needs her help.

Explain how you came up with the idea of the world from the Outlier series. 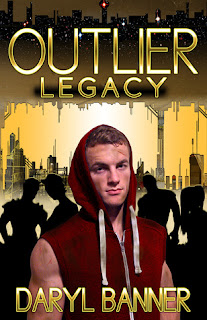 OUTLIER spent a very, very long time in development. It came from an idea I had back in college around 2005. It originally had a modern/contemporary setting, and only some people had special abilities (they were called the Outliers), but soon the show Heroes aired on TV, and I frustratedly couldn't stop seeing the similarities between my story that I'd already developed and the new TV show, so I abandoned and changed my track.

Over the course of 9 years, I set up the rules of the world of Outlier. I knew that the world needed to be harsh, but also feel like "home", despite its volatile nature. Centering many of the characters within one family gave me that feeling of home, because I liked checking in with the other brothers and the parents to get a sense of where everyone was at, especially while the world falls apart around them. I loved giving them senses of personal triumph and showing how even the unlikeliest of a "special ability" can save one's life in a moment of need.

Do you plan your storyline before writing or do you write it as it comes to you?

It really depends on the series. The Brazen Boys - due to their being standalone novellas - are started with a basic idea and (in the case of most of them) an ending, and then I just write them. The Beautiful Dead I "loosely" planned and then wrote it with the intention of surprising myself, as the main character Winter was somewhat hard to control; she had such a mind of her own. OUTLIER, due to its extreme complexity and magnitude of characters (both POV and non-POV characters), I had to plan it out chapter-to-chapter, but still reserved the right to make a split decision and surprise myself. There's nothing more thrilling than breaking my own carefully-laid-out outlines mid-story.

You have written soundtracks to some of your books.  Do you think of the music as your writing a scene, or does that come later?

Do you plan to make your works available in audiobook?  What about graphic novels?

I think I'd definitely like to explore audiobooks at some point, as I know it's quite popular to listen to books on the way to work, or on a jog, or so on. I never considered graphic novels before, though I think that'd be quite a nice avenue to try, should I find the perfect illustrator to team up with!

You've written several genres.  Do you enjoy some more than others?  Is there anything that you haven't tried yet but are looking forward to doing?

My favorite genre to write tends to be the one I'm writing at that moment. Haha. My heart is all over the place and I have to chase the inspiration wherever it takes me. I'd really like to try a pure fantasy novel at some point this year. I do already have a story and idea in mind and I'm already thrilled at the prospect of some day writing it.

The aforementioned fantasy book is something I'd love to try this year, though it depends if I have the time. So far, I plan to write a brand new M/M novel that may begin a new series, as well as a maybe-standalone M/F romance set in college. I'm also working on a Beautiful Dead novella, and soon will face my biggest project of the year: the third Outlier novel, Outlier: Madness. I'm in the planning stages of that beast. 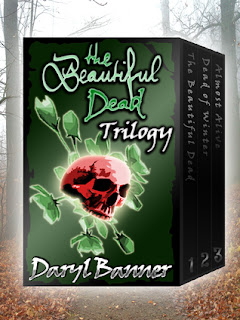 I'm currently working on a brand new Beautiful Dead novella which, though it follows the third book, CAN be read as a standalone even if you haven't read the rest of the trilogy. I've released the prologue for the new novella as part of the Beautiful Dead Box Set, which includes all 3 full length novels in the series.

Dessert - My mom's triple chocolate pie! (she'd kill me if I said anything else)

Song - I primarily listen to video game music, and that includes thousands of tracks from various games! I couldn't dare pick a favorite, but my latest soundtrack discoveries have been: Ori and the Blind Forest, Hyper Light Drifter, and Project S-11.

Movie - Inception, because I'm still convinced that I'm stuck inside my own dream and just haven't woken up yet.

Place to write - My room with the blinds torn open and sunlight painting the walls - or in the dark of my room with my favorite glowy lamps turned on and a nice game soundtrack playing.

Game - Lately, it's been Ori and the Blind Forest. Usually, I favor World of Warcraft, any Final Fantasy, and any Metroid, Zelda, or Castlevania game. I'm also a huge fan of simulation/sandbox games like Sim City or Rollercoaster Tycoon. 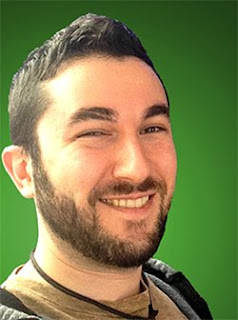 Daryl Banner writes science fiction / urban fantasy, M/M romance, and post-apocalyptic fantasy. He cannot wait to hear what you think about his stories and welcomes (and responds to!) all feedback.

Interesting tidbits: Daryl is also an obsessive piano player, video game enthusiast, and occasional actor. He's been remixing video game music for over fifteen years, and is a passionate Final Fantasy fan. You can feed your ears with many of his remixes (as well as his original music) on his YouTube page "http://www.youtube.com/DarylBanner". He also composes original soundtracks that accompany some of his books. You can listen to and download them here: "http://darylbanner.bandcamp.com"