End of Day by Jewel E. Ann is one of my top reads of 2015.  Jewel E. Ann agreed to do an interview and offered up an excerpt from Dawn of Forever!  Jillian even stopped by for a bit.

Earth to earth, ashes to ashes, dust to dust; in the sure and certain hope of the Resurrection to eternal life.
Four caskets. Two bodies.
Jessica and Jude Day witness their funeral and that of their parents a few yards away from mourning family and friends. Stripped of the only life they’ve ever known, the Days say goodbye to San Francisco forever.
Six months later, two thirty-year-old misfits with elite self-defense skills and penchants for alcohol, sex, and trouble arrive like an earthquake to Peaceful Woods, a retirement community in Omaha, Nebraska, that thrives on rules and gossip. Welcome home, Jackson and Jillian Knight.
Jackson celebrates his new beginning by embracing his job and wiping his cavalier past clean with a temporary oath of celibacy. But Jillian’s past is branded into her soul—the deaths, the insanity, Dr. Luke Jones, and the need to make her lovers bleed. Her chance for redemption comes in the form of a next door neighbor, one Senior Master Sergeant Monaghan. He’s sexy, dangerously alluring, and riddled with emotional issues from years of service. He’s also … So. Damn. Grumpy.
Their mission is simple: Let go, start over, don't kill anyone, and pray that nobody wakes the dead.
**THIS BOOK CONTAINS EXPLICIT LANGUAGE AND SEXUAL CONTENT 18+

Did you know how the Jack & Jill series would end when you wrote the first book or has it been freely changing as it's written?
I knew how it would end, but not much in the middle. I don’t take notes or make outlines. My words come from inspiration in the moment.

If this series was made into a movie, which actors would you like to see playing the twins? Other characters?
Evangeline Lilly for Jessica/Jillian. The other actors are harder. Maybe Henry Cavill with Adam Levine’s tattoos for Jude/Jackson. Henry could be Luke too. I like Armie Hammer - with those blue eyes you could darken the hair had he’d easily be Luke. Ryn Middleton … maybe Amy Smart. Gerard Butler for AJ.

If you had to write a book totally different from anything you've done so far, what genre would it be and why?
I’d write humor/comedy in a family relationship genre much like Erma Bombeck’s books. I have to force myself to show a serious side in my books.

Do you get terribly nervous each time you publish or are you pretty chill about the whole being an author thing? Has it changed over time?
I still get nervous as a publish date draws near, but it no longer feels like a make-or-break career moment. I’ve settled into the reality that this is what I love. It’s what I do, and I’ll always write first and foremost for myself.

Have you ever been a fan of soap operas? If so which ones, and how long did you watch them?
Many years ago I watched The Young and the Restless, Guiding Light, and The Bold and the Beautiful. It’s been probably 20+ yrs since I’ve watched them.

What do you do when you aren't writing?
Read, read, read. :) Actually I love watching movies and Netflix series with my husband and 3 boys. I enjoy cooking healthy meals and acting like a teenager with my BFF of over 30 yrs.

What projects are you working on for 2016?
I’m writing a second edition to The Holding You Series which will release in March. Beyond that, my goal is two standalone books, both romantic comedies.

“Tell me I’ve been a bad girl, daddy.”
Luke froze, lips still pressed to her neck. “What did you just say?”
“I’ve been a really naughty girl, big daddy, you need to spank me.”
He released his grip on her ass so fast she could barely remember the feel of it.  The elevator doors opened. His long strides took him to the door twice as fast as hers did.
“You’ve ruined the moment. We may never have sex again.”
~Dawn of Forever, Jack & Jill Book 3 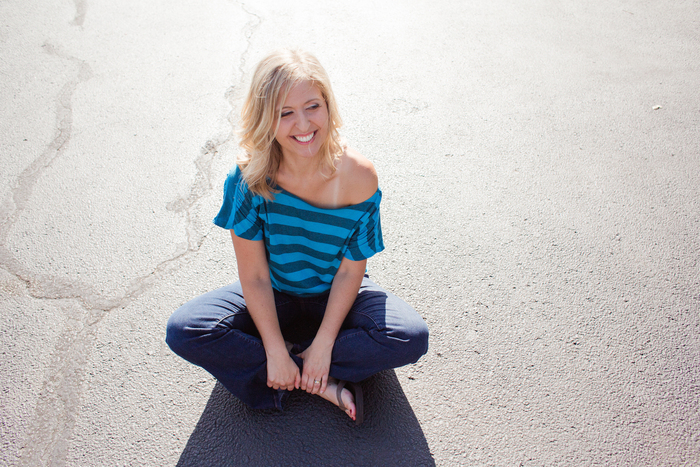