The Shadow by Sylvain Reynard Review 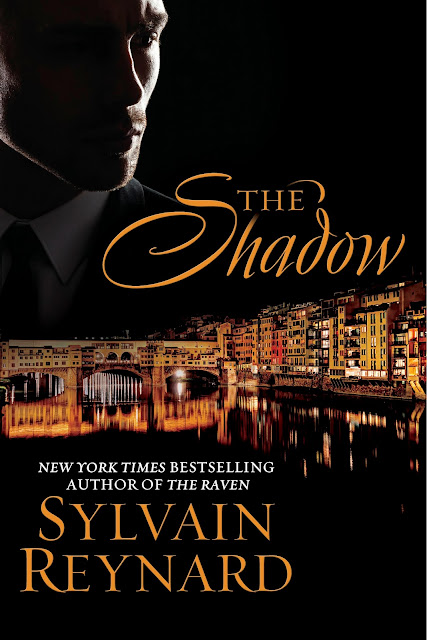 From the New York Times bestselling author of the Gabriel trilogy comes the hotly anticipated follow-up to The Raven, a sensual novel set in Florence featuring the dangerously intoxicating coupling of Raven and William…
Raven Wood’s vampyre prince has returned, pledging his love and promising justice for every wrong done to her. In the wake of their reunion, Raven is faced with a terrible decision—allow the Prince to wreak vengeance against the demons of her past, or persuade him to stay his hand. But there is far more at stake than Raven’s heart...
A shadow has fallen over the city of Florence. Ispettor Batelli will not rest until he uncovers Raven’s connection to the theft of the priceless art from the Uffizi Gallery. And while the Prince hunts a traitor who sabotages him at every turn, he finds himself the target of the vampyres’ mortal enemy.
As he wages a war on two fronts, he will need to keep his love for Raven secret, or risk exposing his greatest weakness...


I’m interested in the way literature can help us explore aspects of the human condition – particularly suffering, sex, love, faith, and redemption. My favourite stories are those in which a character takes a journey, either a physical journey to a new and exciting place, or a personal journey in which he or she learns something about himself/herself.
I’m also interested in how aesthetic elements such as art, architecture, and music can be used to tell a story or to illuminate the traits of a particular character. In my writing, I combine all of these elements with the themes of redemption, forgiveness, and the transformative power of goodness.
I try to use my platform as an author to raise awareness about the following charities: Now I Lay Me Down to Sleep Foundation, WorldVision, Alex’s Lemonade Stand, and Covenant House. For more information, see my Charities page.

The Shadow by Sylvain Reynard

I really liked The Raven, but for me, The Shadow is even better. The plot picks up exactly where it left off. If you enjoyed the art and history intermingled with vampire fantasy and carnal desire featured in The Raven, you're in for more of the same depth. Features that I didn't notice as much from the first book but loved in this one mostly include the action and twists.

There is a war brewing. The reader has to try to deduce who is bad or good. Also, several little important clues have been dropped in both books about the background and connections of Williams. Raven's past and relationships play big parts too.

A female lead that keeps her wits while being in love and doesn't give in to the physical perfection the vamp blood could give her is enduring. Including actual historical figures as characters is brilliant for this storyline. Watching the mystery of William slowly unravel is alluring.

The Shadow speaks to the reader's interests in intelligence and romance. It's a great mix. I’m very much looking forward to the next novel in the series.