After The End by Sara York Blog Tour Review 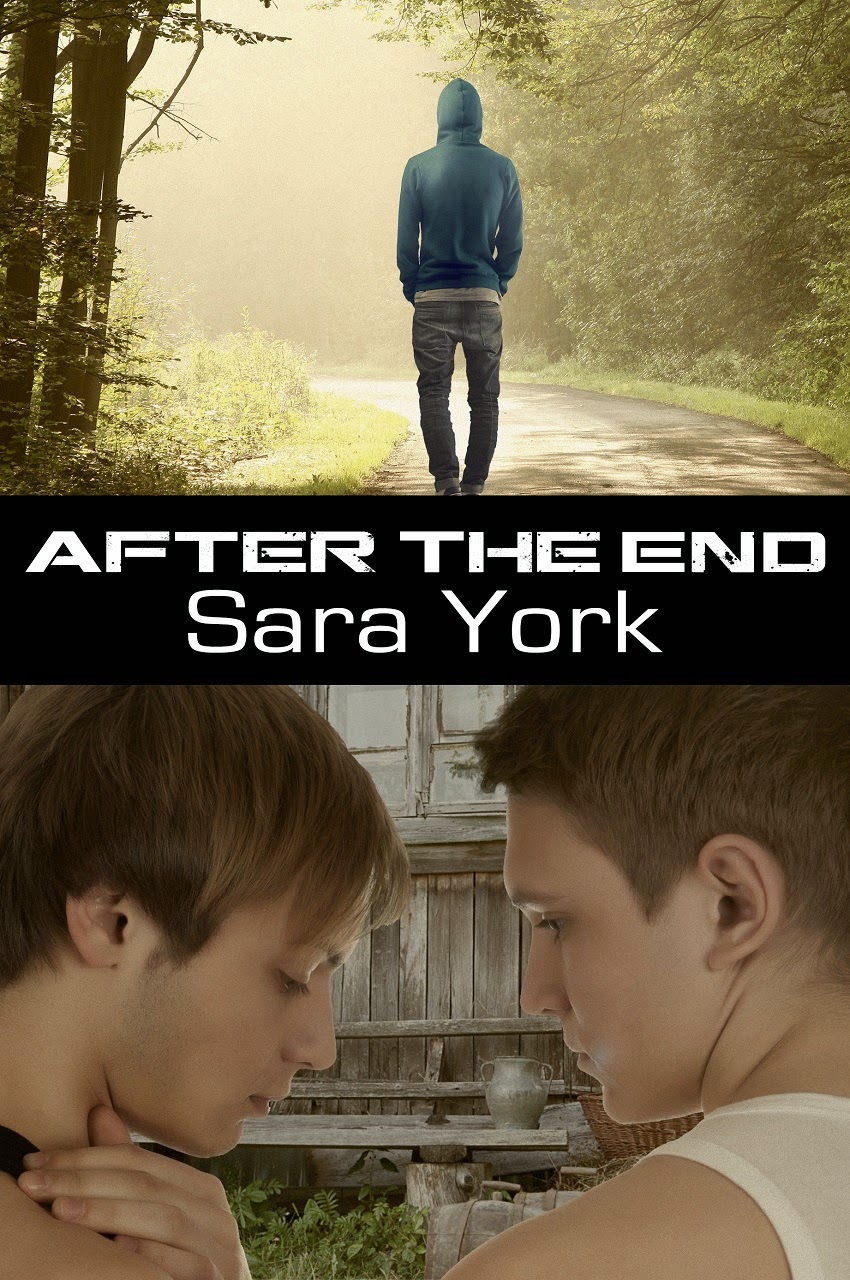 
With international flights crisscrossing the skies on an hourly basis, are we ever really safe?


When a strain of the Ebola virus mutates; it spreads quickly leaving the medical community shattered. People are dropping in the streets and life, as most know it, comes to an end. Two city dweller survivors, Dean and William, are forced to flee the city and live in the wilderness—where dangers lurk behind every tree and in every valley. Not everyone alive after the end is good, and William and Dean are faced with challenges that would bring many to their knees.


Growing up in the hood of Atlanta, Dean knows how to overcome trials, but he knows nothing of love. Can he sustain a relationship with William, or will his doubts end them before they even have a chance?


From birth William has had a silver spoon in his mouth and two in each hand, but the end brings him face to face with reality where he has to take responsibility for his life. After the end, money has no meaning, and life is lived on the edge.


Join William and Dean after the end and find out how close to the edge they come. 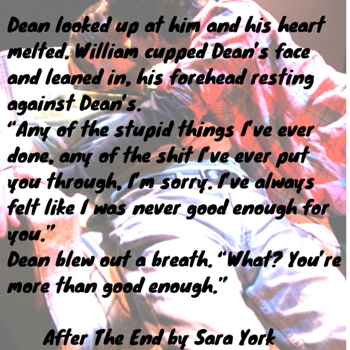 Excerpt
Dean searched through the cabinets, looking for gloves and a mask, but he found nothing. He’d have to go out without any real protection and take his chances. That scared him. What if someone touched him that was sick?

The windows were covered with thick curtains that were older than dirt. When he pushed them aside, dust rained down on him. He sneezed and blew bits of dust particles off his hands before rubbing a spot clean on the window, allowing him to peer out. The streets were empty. Not that many people would be out in this weather, but he was expecting to see some people out milling around.

If he raced out of his house right now, he might avoid the rush to the store.

Or had that already happened? He let the curtains close as he thought about his options. It would be better to leave now and head out. It sounded like the longer he waited the more people would be infected.

Dean went to his room and grabbed a pair of knit gloves and a scarf he’d been given last school year when the staff realized he didn’t have winter clothes. It wasn’t the same as a mask and plastic gloves, but it would have to do. He pulled on his hoodie and made his way to the front door, pausing to take a deep breath. There was no way to prepare for going out into the world when a plague was ravaging the people, but his options were limited.

He pulled open the door when a dark gray SUV pulled up in front of his house. It looked expensive. He froze, unsure if he should go back inside or stand his ground. The driver’s door popped open and William stepped out, coming around the front of the car.

“Oh God, you scared me. What are you doing here?” Dean called out.

“Have you come in contact with anyone else?” William asked.

Dean shook his head. “Just at your party, that’s it. What about you?”

“What if someone at your party was sick?”

William shrugged and took a step closer. “We won’t touch.”

He glanced around, staring up at the gray sky. “Why are you here?”

“You should come with me. This is going to get crazy real quick. My parents—”

William let out a sob before he straightened, his lips curved down in a frown.

“Please. We have a fence surrounding the property. It will be safer. We can protect each other.”

Dean looked around. His parents hadn’t come home and they were probably dead. If they ended up being okay, they’d do something stupid to get him sick. He didn’t want to die.

He nodded quickly. “I need to grab some stuff. Stay with the car and keep the doors locked. I’m just going ro get a few clothes and some money.”

“I have lots of clothes,” William said, his voice higher than normal.

“You’re a little shorter than I am and you weigh more.”

“Fine, but move quickly, we don’t have much time.”

Dean raced back inside his house and grabbed his school backpack, emptying the contents on this bed. If they survived and life returned to normal, he’d come back and get his books. He shoved the money William had given him to the bottom of the bag then grabbed some shirts out of his closet, shoving them in, not worrying about wrinkles. Next, he took a few pants off the hangers and pitched them in the bag. After grabbing his clothes, he went to the bathroom and packed his toothbrush, deodorant, and comb into the bag, looking around for anything else he needed.

There were so many things he could take, but he didn’t need any of them.

The horn honked outside and he heard William yelling. There wasn’t anything here for him. He ran to the front door and pulled it open, seeing two guys banging on the driver’s side window. Dean ran back into the house to his mom’s room and opened the nightstand beside her bed, searching for the handgun he knew she kept there. The horn honked more and he heard tires squeal. He hoped he wasn’t too late.

Dean grabbed the gun and ran out the door to watch William race down the street before swinging a wide U turn, running over the weed packed lawns in the process. The car faced him and slowed to a stop. The two guys who’d tried to break into the car were running toward William. Dean lifted the pistol and fired. The guys froze and looked over their shoulder. He’d never aimed a gun at anyone, and he wasn’t a good shot at a target. He didn’t think he could actually shoot at these people if they rushed him, but they didn’t know that. William revved the engine on his car and the guys turned back to him.

“Leave us alone,” Dean called out just before William stepped on the accelerator, the tires squealing. The two guys dove out of the way as William swerved close, barely missing them before driving up onto the grass in front of Dean’s house.

Dean raced around the front of the car, dropping the gun on the ground as he ran. He almost went back for it but the guys were running at them. Dean heard the locks click just before he reached the door to open it. Dean slammed the car door and hit the lock button. William took off, the SUV bouncing as they dropped off the curb.

“Fuck, that was scary,” William said. 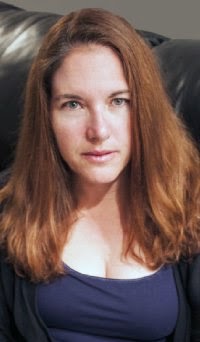 Author Bio
Author Bio Writing is Sara York's life. The stories fight to get out, often leaving her working on four or five books at once. She can't help but write. Along with her writing addiction she has a coffee addiction. Some nights, the only reason she stops writing and goes to sleep is for the fresh brewed coffee in the morning.
Sara enjoys writing twisted tales of passion, anger, and love with a good healthy dose of lust thrown in for fun.

After The End by Sara York

As soon as I heard about this book I wanted to read it. With all of the Ebola headlines everywhere at this very moment, it hits very close to home for all of us.

Dean and William are high school seniors at the best private school around, but they are from totally different backgrounds. William lives in a mansion on one side of town while Dean lives in the ghetto on the other side. William is where he is because his parents demand he have the best and do the best, a standard he can't meet. Dean is on a scholarship trying to better himself because he doesn't want to become a drug addicted sex worker like his parents. What started out as a joke, became a hook up between them and led to William and Dean regularly getting together.

William was gay, but firmly in the closet with the door locked and a security code to keep his secret safe. Dean would be out, but almost everyone at the school was blatantly homophobic, and he didn't want to deal with that crap.


In the middle of these two trying to figure out who they are and what they want from life, there is an outbreak of what is believed to be a new more deadly strain of Ebola. William's parents were out of country on business. Dean has no idea where his parents are. People are dropping dead everywhere. There's no one and no where to turn for help. Media networks have the same message playing on repeat.

"You are the last line of defense in this war on our civilization. There is no one who can help you at the hospitals. Most doctors are sick or dying, the rest are stuck at home. Be responsible. The fate of civilization lies in your hands. Few will survive. This may very well be the end of our civilization. God bless, and goodbye."


The boys set out on their own to get away the madness of the city.

Staying here would be suicide. Anytime the people in his neighborhood could riot, they would.

When people had the ability to kill with a touch, it made them the enemy.


I love a good apocalyptic tale of this variety. Everything is forgotten except survival. Humans can't rely on all the modern amenities to which we've become accustomed. Some people transform to amazing versions of themselves, rising to the occasion, while others succumb the worst sides of human nature. Also there's no barrier between man and mother nature which can be a curse and a blessing at different times.

After the End can be categorized as coming of age, new adult, apocalyptic and M/M romance. This is my first time reading a book that fits all of these descriptives. I enjoy mixing it up. I found it entertaining and a little scary since everything that happened within was believable within our current reality.