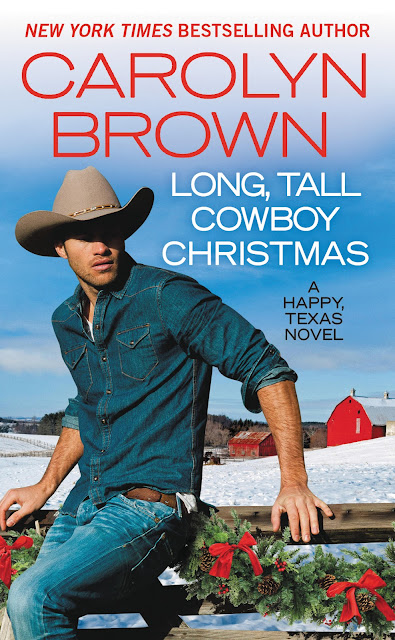 A heartwarming holiday read from USA Today bestselling author Carolyn Brown – Nash Lamont is a man about as solitary as they come. That's exactly why ranch life in middle-of-nowhere Happy, Texas suits him. So what the heck is he doing letting a beautiful widow and her three rambunctious children temporarily move in? Before he knows it, they're stringing Christmas lights and decorating the tree... and he's having the time of his life. But after everything he's been through, Nash knows this kind of happiness doesn't last.

Kasey Dawson thought she'd never get over the death of her husband. Nash, with his strong hands and infinite patience, is stirring something she hasn't felt in a long time. Kasey knows the sexy cowboy isn't telling her everything about this past, though. And she refuses to risk heartbreak all over again. But her kids have a plan of their own: Nothing will keep them from having a real family again-even if it takes a little help from Santa himself. 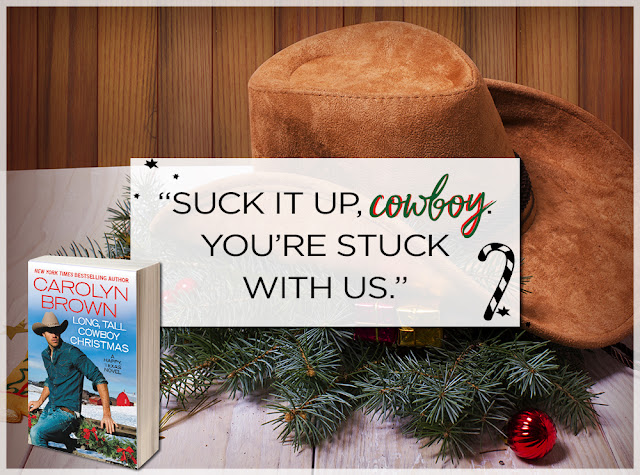 Padding out of the room in her flannel pajama pants and an oversized faded shirt, Kasey found Nash washing dishes and no kids in sight.
“Shhh…” He put a finger over his lips. “They just now dropped off for naps. If they hear your voice, they’ll wake up.”
She frowned and pointed toward the dining room. “What is that?”
“Camping out,” he explained.
A white sheet had been draped over the dining room table, creating a tent. Underneath were pillows, books and two sleeping children.
“They’re camping and I’m watching out for bears and skunks,” he explained. “Hungry?”
“Starving. I’m always nauseated at the onset of one of the headaches and afterwards so hungry I could eat one of those bears if you catch it.” She caught a whiff of Italian food. “You cooked?”
“Of course,” he said. “Sit down right here and let me work on your neck. Lots of headaches are stress related and come out of the neck.”
She eased down into a chair and Nash went to work on her temples first, placing his hands on her cheeks so that his thumbs worked on the spots between her eyebrows and hair line. Making lazy circles and increasing the pressure every few seconds, he kept up the massage for a good five minutes before moving around to the back of the chair. He took her neck in his hands, heating her hormones to the boiling point. Rolling it around in his hands, she could feel the tension leaving her body by degrees. Then he began to massage her shoulders, digging his fingers into the knots and dissolving them. The pain in her head dissolved to half strength and her stomach grumbled.
“Now for food. Sit right there and I will bring it to the table.”
Kasey couldn’t remember the last time a man had waited on her.  “God, this is amazing,” she said after taking a bite of the spaghetti he put in front of her. “Did you make the sauce from scratch?”
He nodded. “Just like my cousin Amanda taught me. She married an Italian, and she’s an amazing cook. After eating her marinara, that stuff you buy in a jar at the grocery store is pretty bland.”
“You cook and watch kids, run a ranch—what can you not do?” Kasey asked.
“I’m not real good at talkin’ to most people,” he said.
“That’s not what I see.” She almost groaned when she bit into a slab of garlic bread.
“Oh yeah? And what do you see?”
“I see a man who’s got some demons, but you talk to me just fine,” she told him between bites.
“Well, you’re special,” he replied softly. 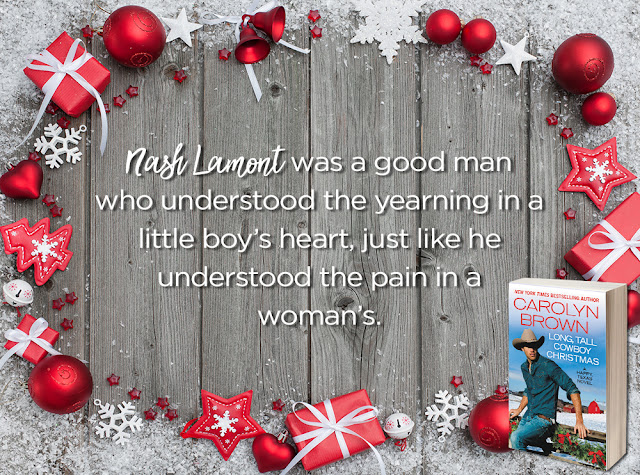 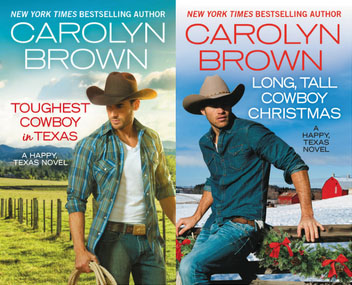 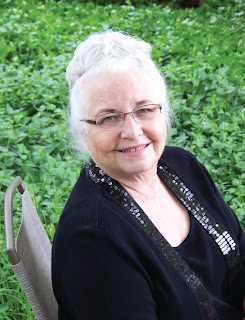 ABOUT THE AUTHOR
Carolyn Brown is a New York Times and USA Today bestselling romance author and RITA® Finalist who has sold more than 3 million books. She presently writes both women's fiction and cowboy romance. She has also written historical single title, historical series, contemporary single title, and contemporary series. She lives in southern Oklahoma with her husband, a former English teacher, who is not allowed to read her books until they are published. They have three children and enough grandchildren to keep them young. For a complete listing of her books (series in order) check out her website atCarolynLBrown.com.

Posted by Toni FGMAMTC at 1:00 AM No comments: 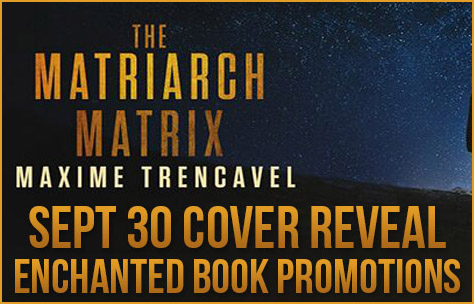 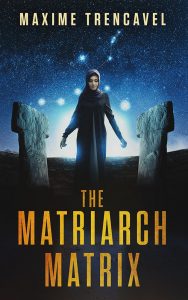 The Matriarch Matrix – A speculative fiction novel of origins, faith, passion, and the pursuit of peace.
It was always his destiny to save her. It was always her destiny to die. The fate of the world hangs on their choices…
The past foretells her future…
What does it take to change a loving child of peace into an assassin for a dangerous and powerful oligarch? Zara Khatum knows. Once a fighter for her Kurdish people, the memory of the atrocities inflicted by her captors has Zara seeking one thing: vengeance. But the voices of the ancients call to Zara. In the past, in another life, she knew the secrets of the artifact…
Twelve thousand years ago…
She is Nanshe, revered matriarch of the family she led away from the monsters of the north. In the land that would one day mark the treacherous border between Turkey and Syria, she created the temples at Gobleki Tepe and founded a dynasty, heirs to a powerful object. For millennia, Nanshe’s descendants have passed down the legend of the artifact: “The object can save. But only a man and woman together can guide the salvation of others.”
Heirs to destiny…
By fate or destiny, Zara is thrown in with Peter Gollinger, a quirky Californian from the other side of the world and the other side of everything she believes. But he, too, is heeding the voices of his ancestors. Joined by Jean-Paul, a former Jesuit priest, these three people—from wildly different religions and cultures—must find a way to work together to solve a twelve thousand-year-old mystery of the powerful object that spawned a faith. The world teeters on the precipice of war. The outcome depends on them. And one of them is living a lie.
The Matriarch Matrix is a rich and deeply layered epic story – a spiritual odyssey with a heartbeat of an action adventure. It may make you think, ponder, reflect upon where we came from and where we are going. It blends our past with a speculative future of things that are not so far-fetched. It blends the drama, the comedy, the romance, the tragedy of three protagonists with different cultures, traditions, and beliefs – a Sufi woman, a Jesuit priest, and an alien origin believing atheist. Their journeys separately and together will be a test of their respective faiths and their inner search for personal and family redemption.

Maxime has been scribbling stories since grade school from adventure epics to morality plays. Blessed with living in multicultural pluralistic settings and having earned degrees in science and marketing, Maxime has worked in business and sports, traveling to countries across five continents and learning about cultures, traditions, and the importance of tolerance and understanding. Maxime’s debut novel was written and edited in diﬀerent locations in Belgium, including the Turkish and Kurdish neighborhoods of Brussels, in South America, and on the two coasts of the United States. 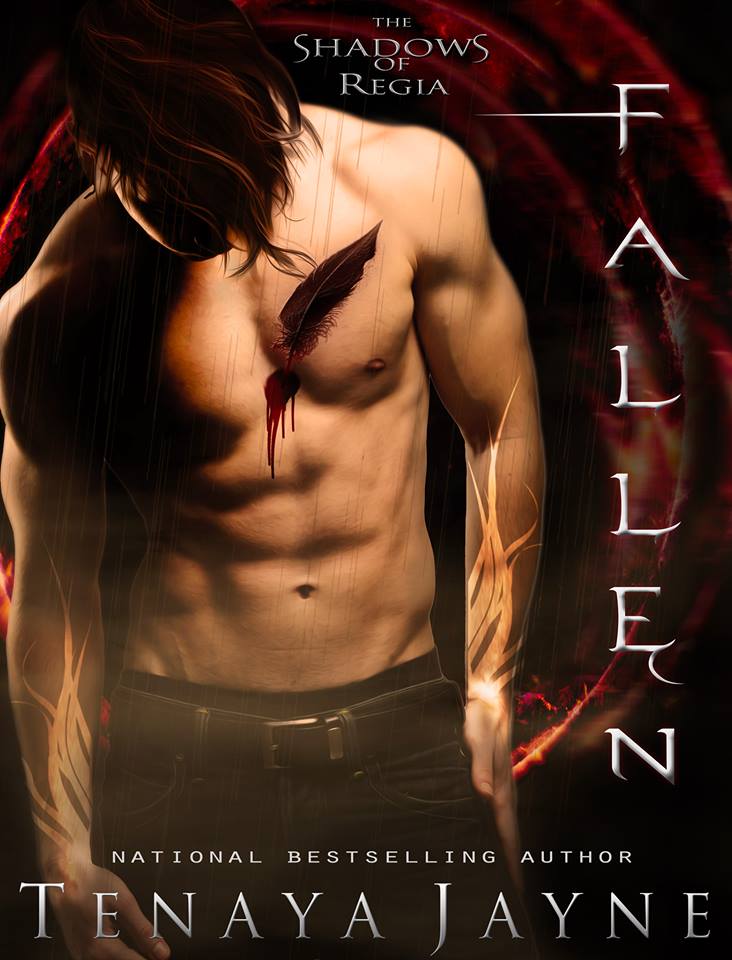 Half vampire and wealthy playboy, Maddox lives his life in the public eye and thoroughly enjoys his bad reputation. But what most people believe of him is not who he really is. Life has always been easy for Maddox, but now a dark figure moves through the shadows slaughtering innocent young women, and the evidence points at him as his exes start turning up dead with his name carved into their skin.Erin hates everything Maddox stands for and when her best friend becomes the most recent in the line of mysterious killings, she has no doubt the rich lothario is responsible. Torn by grief, Erin decides to take matters into her own hands and she will stop at nothing to make Maddox pay.But when the two rivals finally come head to head, neither is prepared for the sparks that fly or the eternal bond that destiny weaves between their souls. Maddox is desperate to keep Erin by his side and prove to her his innocence. Erin would rather die than submit to being his destined life mate… And her death is just what the killer has in mind. 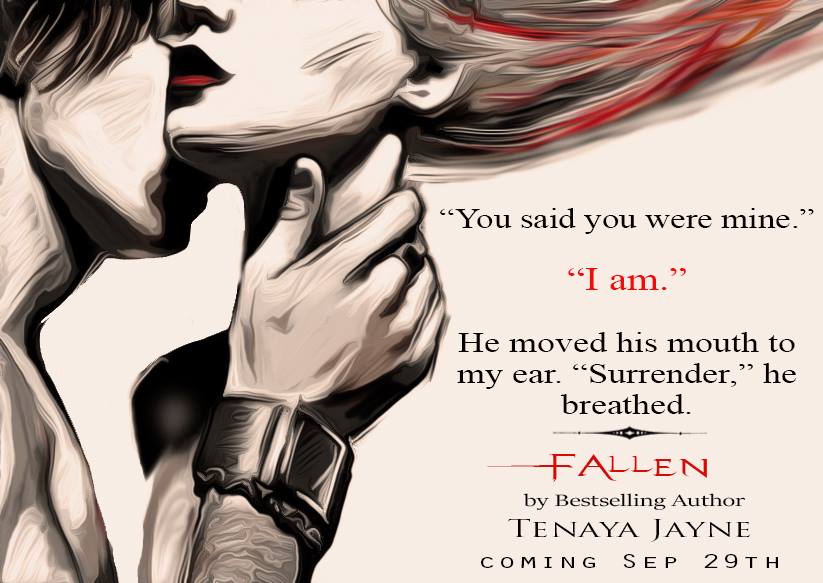 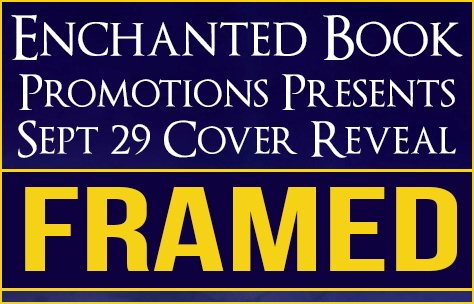 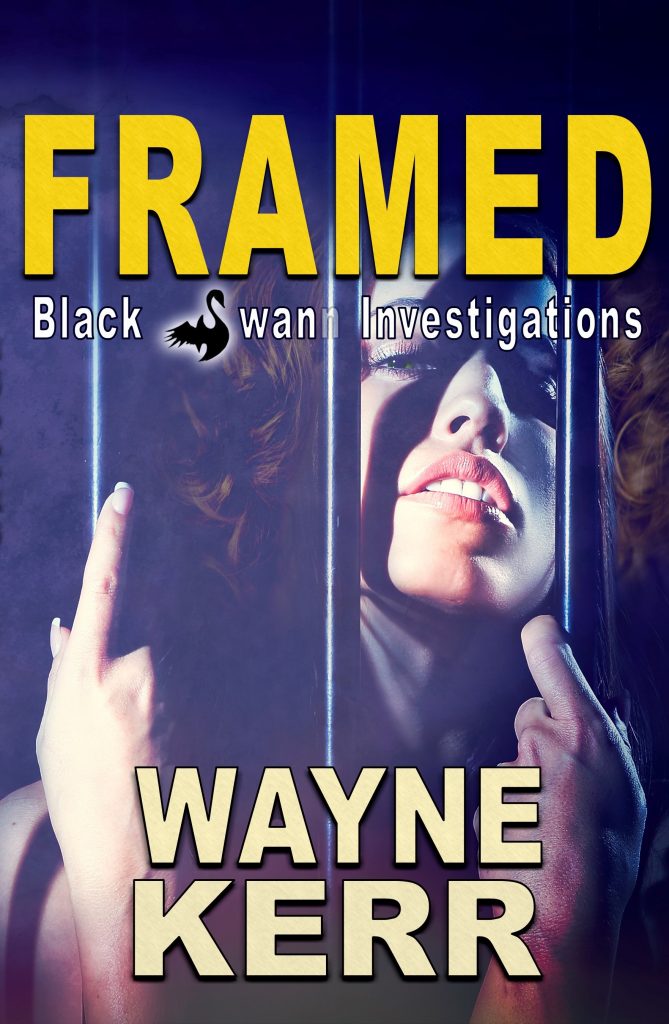 Toronto’s newest homicide detective, Reggie Swann, seemed to have it all: great career, handsome husband and plans to start a family, until she was framed for murder…
A cop has very few friends in prison. After surviving ten brutal years behind bars, Reggie’s conviction is finally overturned thanks to her tenacious mother, a new forensic test and a very clever lawyer. She quickly discovers that getting her old life back won’t be as easy as she hoped. To many, she was still as the media had dubbed her: ‘Black Swann – murderer and cop-gone-bad’. The Toronto Police Department still considers her to be a suspect, Reggie’s husband has remarried and the real killer is still on the loose.
Before Reggie can return to Toronto and solve the crime that ruined her life, she reluctantly agrees to investigate a murder in her home town of Penticton, only to discover the two cases which are separated by ten years and five provinces might somehow be connected. Will anyone believe the wild theories of the disgraced detective?
The real murderer does. He framed her once, this time Reggie Swann must die!

Canadian author, Wayne Kerr, was born and raised in the small town of Biggar, Saskatchewan (New York is big, but this is Biggar). He married his high school sweetheart, Marlene, thirty-nine years ago and has lived happily ever since. They resided in the United States for the past twenty years, but recently returned to Canada and now call the beautiful Okanagan region of British Columbia home. The writer honed his story-telling skills while keeping his five younger siblings and later his daughter entertained during long cold winters. When not reading or writing thrillers, Wayne is probably hiking, biking or playing tennis.
For more information on the author and his books please visit: waynekerrnovels.com or follow him on twitter: @waynekerrnovels