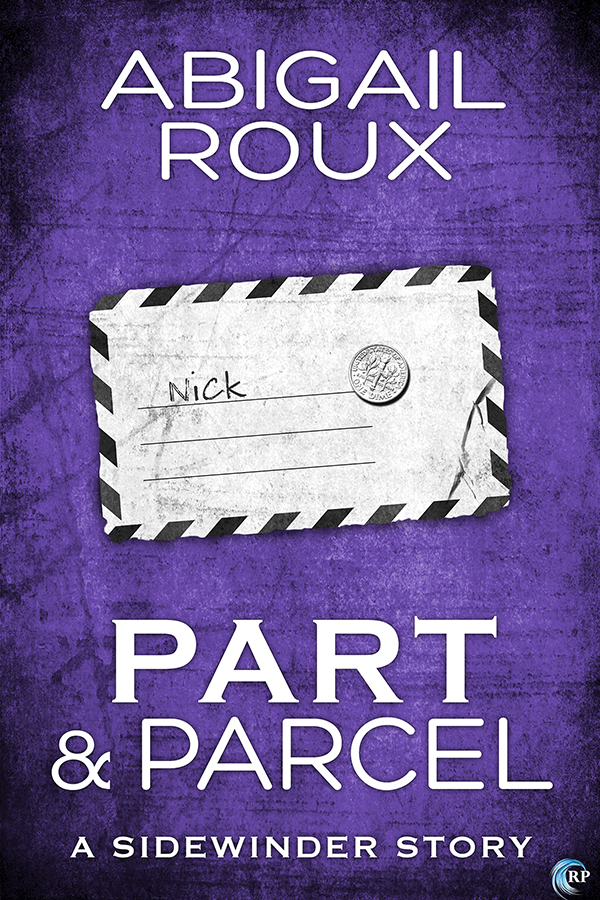 Nick O'Flaherty and Kelly Abbott had their happy ending in sight when a friend’s call for help almost ended with them losing it to the blade of a knife. Now, in the aftermath of near-disaster, both men are trying to heal and move on.

Moving on together, though, is harder than either of them realized it would be. Kelly struggles with simply being a lover instead of the Doc, while Nick is mired in his recovery. The distance between them inches along in stilted silence.

Desperately seeking solace, Nick finally gathers the courage to sort through the possessions his dear friend and fellow Sidewinder teammate Elias Sanchez left him when he died. Instead of comforting memories, Nick and Kelly find a stack of letters and strict instructions from Eli that prompt them to send out a call for assistance. With Eli’s letters in hand, Sidewinder sets out on one last mission together, seeking peace and absolution from beyond the grave—and from each other.

Abigail Roux was born and raised in North Carolina. A past volleyball star who specializes in sarcasm and painful historical accuracy, she currently spends her time coaching high school volleyball and investigating the mysteries of single motherhood. Any spare time is spent living and dying with every Atlanta Braves and Carolina Panthers game of the year.

Abigail has a daughter, Little Roux, who is the light of her life, a boxer, four rescued cats who play an ongoing live-action variation of Call of Duty throughout the house, a certifiable extended family down the road, and a cast of thousands in her head.

To celebrate the release of Part & Parcel, we are selecting TWO giveaway winners! One will receive the last four Cut & Run books in audio, and the other will receive the full Sidewinder series in audio. Your first comment at each stop on this tour enters you in the drawing. Entries close at midnight, Eastern time, on December 26, 2015. Contest is NOT restricted to U.S. Entries. Follow the tour for more opportunities to enter the giveaway, and don’t forget to leave your email or method of contact so Riptide can reach you if you win!

This book has a different feel from the others set in Cut & Run/Sidewinder universe. We don't get the explosive atmosphere they're usually in, but we're given a deep insider look at our guys instead.

I loved taking this journey with them. I lost count of how many times I teared up. I chuckled at their silly antics plenty also. Part & Parcel is about the whole gang healing and finding their brotherhood again. It's also about Nick and Kelly getting right in their relationship.

I enjoyed every word. I loved and laughed and commiserated every step with them. I feel a bond with every member now including Eli. This book really helped to catch me up on the present and past of Sidewinder. It's like an emotional cleansing for the guys and the reader.

The bonus Brick & Mortar scene at the really pumped me up for what's to come. I'm so thankful the author is continuing to write stories about the men I love. Yes, I recommend this story.