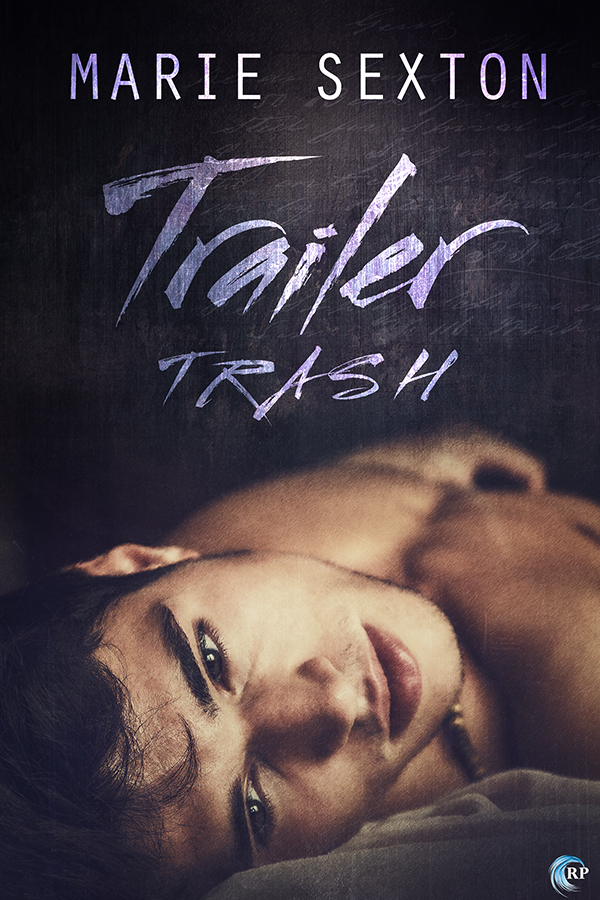 Hello, everybody! I'm Marie Sexton, and I'm here today to tell you about my New Adult novel, Trailer Trash. Trailer Trash is a sweet coming-of-age story about two high school seniors: Cody, who's dirt poor and literally lives on the wrong side of the tracks, and Nate, the preppy new kid in town. It's set in the fictional town of Warren, Wyoming, in the mid-1980s. It's full of angst and 80s pop culture references, and I promise, it has a happy ending. ☺

It’s 1986, and what should have been the greatest summer of Nate Bradford’s life goes sour when his parents suddenly divorce. Now, instead of spending his senior year in his hometown of Austin, Texas, he’s living with his father in Warren, Wyoming, population 2,833 (and Nate thinks that might be a generous estimate). There’s no swimming pool, no tennis team, no mall—not even any MTV. The entire school’s smaller than his graduating class back home, and in a town where the top teen pastimes are sex and drugs, Nate just doesn’t fit in.

Then Nate meets Cody Lawrence. Cody’s dirt-poor, from a broken family, and definitely lives on the wrong side of the tracks. Nate’s dad says Cody’s bad news. The other kids say he’s trash. But Nate knows Cody’s a good kid who’s been dealt a lousy hand. In fact, he’s beginning to think his feelings for Cody go beyond friendship.

Admitting he might be gay is hard enough, but between small-town prejudices and the growing AIDS epidemic dominating the headlines, a town like Warren, Wyoming, is no place for two young men to fall in love.

Marie Sexton lives in Colorado. She’s a fan of just about anything that involves muscular young men piling on top of each other. In particular, she loves the Denver Broncos and enjoys going to the games with her husband. Her imaginary friends often tag along.
Marie has one daughter, two cats, and one dog, all of whom seem bent on destroying what remains of her sanity. She loves them anyway.

To celebrate, Marie is giving away a $50 gift card to either Amazon or All Romance Ebooks, winner’s choice. Leave a comment to enter the contest. Entries close at midnight, Eastern time, on March 26, 2016. Contest is NOT restricted to U.S. Entries. Thanks for following the tour, and don’t forget to leave your contact info!

This story really gave me the feels. It’s mostly about two high school seniors trying to figure out their places in the world and struggling with the blows life has dealt them. It's set in the 80's.

Nate has previously had a pretty carefree existence. He's always had the bliss of not knowing life's hardships until now. He has to do some growing up along the way, and he proves to be a good person during tougher times.

Cody seems to always wind up with the bad end of every deal. Life has not been kind to him. He's constantly fighting just to stay afloat and out of sight. In a place where most are poor, he's the lowest on the class scale. He's also gay in a time and place where it is not accepted.

At least the boys have something that some kids don't, a parent that cares. Nate's dad and Cody's mom are willing to take on roles that they don't deserve in an effort to try to shield their child.

I've seen places like the one described in this book, small dying towns filled with desperate people who are stuck in continuous cycles. My heart endured the pain and suffering with the characters, and it soared with the possibility in front of these two young lovers. I recommend Trailer Trash to someone wanting an emotional, sweet coming of age romance.