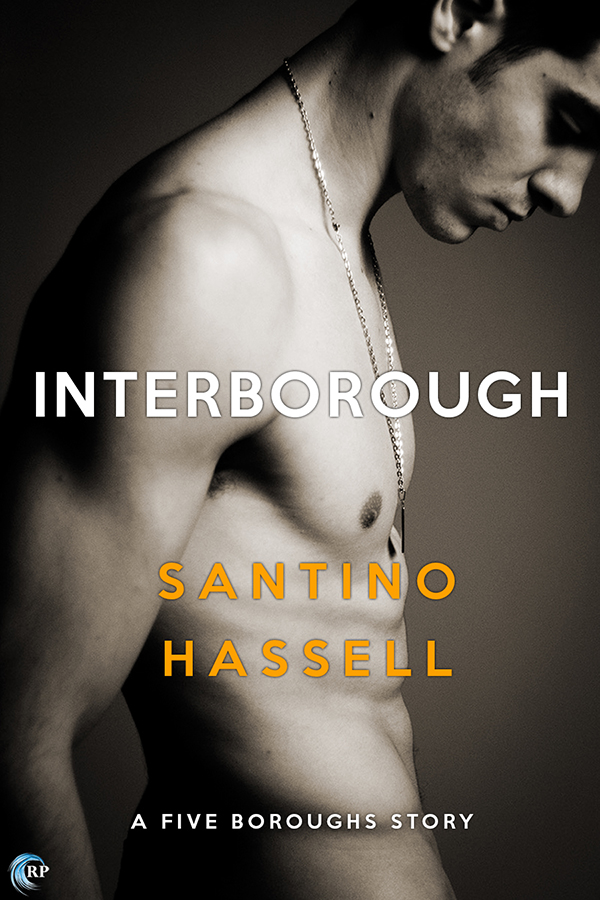 The Raymond Rodriguez from a few years ago wouldn’t recognize the guy he is today. He’s left his slacker ways far behind him and is now juggling two jobs and school. But the balancing act doesn’t allow much time for the man he loves.

David is doing his best to be supportive, but problems at work and his own insecurity leave him frustrated—in more ways than the obvious—whenever he goes to bed before Raymond gets home. The heat and affection between them is still there, but they barely have the time or energy to enjoy it. And it doesn’t help that Raymond is still hiding David from his colleagues.

The stress mounts so high that a vacation in paradise is filled with turmoil instead of harmony, and culminates on their return to the five boroughs with broken promises and heartache. They have to figure out how to stop allowing their differences to overshadow their love. It’s the only way they’ll make it to forever.

To celebrate the release of Interborough, one lucky winner will receive $25 in Riptide Publishing credit! Leave a comment with your contact info to enter the contest. Entries close at midnight, Eastern time, on October 29, 2016. Contest is NOT restricted to U.S. entries. Thanks for following thetour, and don’t forget to leave your contact info!

Raymond totally 'does it' for me. I love his gruffness and how he softens for David. I'm so proud for him too, the way he's made so many positive steps in his life. He gives off all those bad boy vibes and does so many good guy things. He even has the looks. So yeah, male perfection, a five star, four alarm book boyfriend.

We saw David and Raymond go through states of semi-functioning adulthood to actually seeming to pull it together in Sunset Park, but really making everything work takes more than just deciding it will happen. Both are still adapting to being a we instead of an I. There are hardships that come with being a grown up and paying bills. Raymond has never been in love or had responsibilities. David tends to freak out and be overly dramatic. They have their ups and downs, and from these scenes come some of the sweetest dialogue and hottest sex ever. They're so real. I find myself smiling and sighing and feeling the feels. Michael and Nunzio have some epic love lines too. I may have teared up.

I enjoyed this novel from start to finish. My emotions were involved. The writing is great. The characters are delicious. I can't recommend it enough.