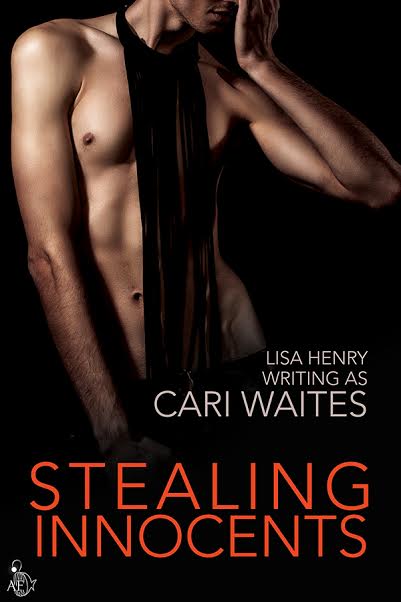 Those who dare to scratch the surface of ordinary, everyday life may be horrified to find a sick underbelly beneath—a nightmare world populated by villains and victims, predators and prey, where the rules of society no longer apply.

Where you’ll find people like Danny, the boy who sells himself to pay for his father’s gambling debts and ends up in a situation more twisted than he ever imagined. Or Troy, the cop whose obsession with saving a brutalized human trafficking victim turns deadly. Or Drew, the mental patient who begins to suspect his nightly delusions of abuse by his doctor are actually real. Or David, the cuckolded husband who decides the best way to get revenge is to seduce his wife’s barely legal son.

Stealing Innocents is an exploration of our darkest human impulses, where sex is power, love is horror, and there’s no such thing as a happy ending.

Lisa likes to tell stories, mostly with hot guys and happily ever afters.

Lisa lives in tropical North Queensland, Australia. She doesn’t know why, because she hates the heat, but she suspects she’s too lazy to move. She spends half her time slaving away as a government minion, and the other half plotting her escape.

She attended university at sixteen, not because she was a child prodigy or anything, but because of a mix-up between international school systems early in life. She studied History and English, neither of them very thoroughly.

She shares her house with too many cats, a green tree frog that swims in the toilet, and as many possums as can break in every night. This is not how she imagined life as a grown-up.

Cari Waites is her much darker alter ego.


To celebrate the release of Stealing Innocents, Lisa is giving away a $20 Riptide credit and an ebook of your choice of title from Lisa’s backlist.  Your first comment at each stop on this tour enters you in the drawing. Entries close at midnight, Eastern time, on January 16, 2016. Contest is NOT restricted to U.S. Entries. Follow the tour for more opportunities to enter the giveaway! Don’t forget to leave your email or method of contact so Lisa can reach you if you win!

HOLY. FUCKING. SHIT.
After reading I had to have a moment to recover.

Crazy
Whew! Crazy really messes with your mind. Drew is in a mental hospital. He thinks his doctor is making him do sexual acts, but his head is so messed up that he has no idea what's real. I wanted this story to continue when it ended. It has me all twisted.

First and Only
I had no idea where First and Only was headed. I would have never guessed. It's fairly light compared to some of the others with it's own little extras like coaxing makeup and lingerie dress up. The storyline flips quickly, and I'm not actually sure how sad or happy I am about the ending really.

Falling Angels
Inhale...exhale... I'm still torn up over Falling Angels. It gutted me, ripped my heart out. It's darker than all the others combined and multiplied. It deals with boys forced into the sex industry. It's heavy on rape, torture, mutilation and just OMFGness repeatedly. I was not turned on in the least, and I had teary eyes some. This one is a tragedy that kept me up at night. I don't think I'll ever forget it.

Lisa Henry has succeeded in turning me on, turning me off, emotionally working me over and totally mindfucking me. Thank you ma'am.