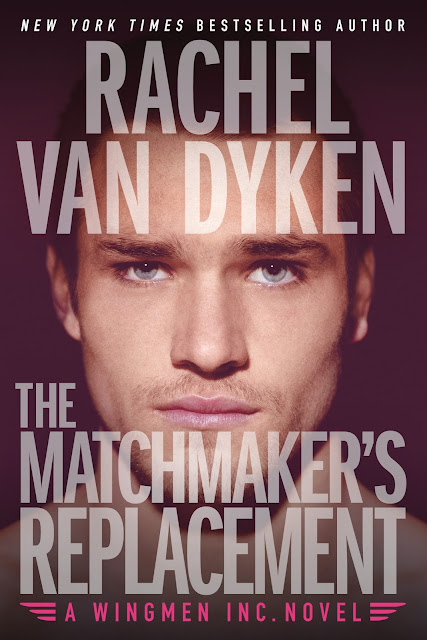 Wingman rule number two: never reveal how much you want them.

Lex hates Gabi. Gabi hates Lex. But, hey, at least the hate is mutual, right? All Lex has to do is survive the next few weeks training Gabi in all the ways of Wingmen Inc. and then he can be done with her. But now that they have to work together, the sexual tension and fighting is off the charts. He isn’t sure if he wants to strangle her or throw her against the nearest sturdy table and have his way with her.

But Gabi has a secret, something she’s keeping from not just her best friend but her nemesis too. Lines are blurred as Lex becomes less the villain she’s always painted him to be…and starts turning into something more. Gabi has always hated the way she’s been just a little bit attracted to him—no computer-science major should have that nice of a body or look that good in glasses—but “Lex Luthor” is an evil womanizer. He’s dangerous. Gabi should stay far, far away. Then again, she’s always wanted a little danger.

Kindle in Motion refers to Kindle books that include added visual features, such as art, animation and video. The features can be viewed on compatible Fire tablets and the free Kindle app for iOS and Android. You can switch features on or off at any time.   Exclusive EPIC news about this AMAZING RELEASE HERE


Damn it! “I didn’t even say your name three times!” I whined, turning around to face Lex. He was wearing a tight vintage black T-shirt with low-slung jeans on his hips and the ever-present sex-oozing smile.

Wingman rule number one: don’t fall for a client.

After a career-ending accident, former NFL recruit Ian Hunter is back on campus—and he’s ready to get his new game on. As one of the masterminds behind Wingmen, Inc., a successful and secretive word-of-mouth dating service, he’s putting his extensive skills with women to work for the lovelorn. But when Blake Olson requests the services of Wingmen, Inc., Ian may have landed his most hopeless client yet.

From her frumpy athletic gear to her unfortunate choice of footwear, Blake is going to need a miracle if she wants to land her crush. At least with a professional matchmaker by her side she has a fighting chance. Ian knows that his advice and a makeover can turn Blake into another successful match. But as Blake begins the transformation from hot mess to smokin’ hot, Ian realizes he’s in danger of breaking his cardinal rule…

Rachel Van Dyken is the New York Times, Wall Street Journal, and USA Today Bestselling author of regency and contemporary romances. When she's not writing you can find her drinking coffee at Starbucks and plotting her next book while watching The Bachelor.
She keeps her home in Idaho with her Husband, adorable son, and two snoring boxers! She loves to hear from readers!
Want to be kept up to date on new releases? Text MAFIA to 66866!
You can connect with her on Facebook www.facebook.com/rachelvandyken or join her fan group Rachel's New Rockin Readers. Her website is www.rachelvandykenauthor.com

Lex and Gabi are completely adorable. He’s the guy who does his good deeds anonymously and always pretends to be a bad guy publicly because emotions make him nervous. She’s the pseudo sister to his best friend. Even though he’s always secretly had a thing for her, he’s never acted on it because she’s the only person his best friend has ever told him is off limits.
The Matchmaker’s Replacement is full of clever banter, lot of fighting, play fighting, fighting that blends into making out and fun. It’s a new adult romcom that will leave you smiling.