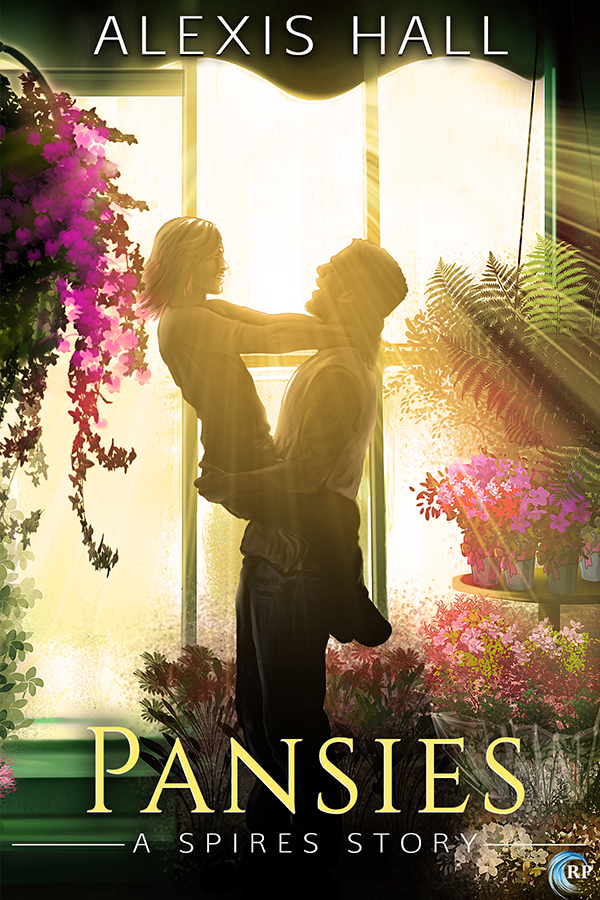 Alfie Bell is . . . fine. He’s got a six-figure salary, a penthouse in Canary Wharf, the car he swore he’d buy when he was eighteen, and a bunch of fancy London friends.

It’s rough, though, going back to South Shields now that they all know he’s a fully paid-up pansy. It’s the last place he’s expecting to pull. But Fen’s gorgeous, with his pink-tipped hair and hipster glasses, full of the sort of courage Alfie’s never had. It should be a one-night thing, but Alfie hasn't met anyone like Fen before.

Except he has. At school, when Alfie was everything he was supposed to be, and Fen was the stubborn little gay boy who wouldn’t keep his head down. And now it’s a proper mess: Fen might have slept with Alfie, but he’ll probably never forgive him, and Fen’s got all this other stuff going on anyway, with his mam and her flower shop and the life he left down south.

Alfie just wants to make it right. But how can he, when all they’ve got in common is the nowhere town they both ran away from.

Alexis Hall was born in the early 1980s and still thinks the 21st century is the future. To this day, he feels cheated that he lived through a fin de siècle but inexplicably failed to drink a single glass of absinthe, dance with a single courtesan, or stay in a single garret.

He did the Oxbridge thing sometime in the 2000s and failed to learn anything of substance. He has had many jobs, including ice cream maker, fortune teller, lab technician, and professional gambler. He was fired from most of them.

He can neither cook nor sing, but he can handle a 17th century smallsword, punts from the proper end, and knows how to hotwire a car.

To celebrate the release of Pansies, one lucky winner will receive their choice of 3 ebooks from Alexis Hall’s backlist. Leave a comment with your contact info to enter the contest. Entries close at midnight, Eastern time, on October 15, 2016. Contest is NOT restricted to U.S. entries. Thanks for following the tour, and don’t forget to leave your contact info!

I love the complexity of Alfie and Fen and how they don’t quite fit into the molds for any characters I’ve read before. The bully turned lover has been done before, but this story doesn’t start with the bullying so we aren’t in that frame of mind from the beginning. We have a chance to really get to know who they are as adults.
Fen is having a difficult time moving past a major loss and figuring out which direction he wants to take his life. Besides that he seems to be a pretty well adjusted individual. He knows what he likes, and he knows his self-worth.
Alfie looks like he has life majorly handled on the outside, but really he is having the hardest time accepting himself. He craves to fall in love and settle down. If it isn’t investment banking, he’s basically lost. Real life is hard.
Both guys are really just what the other needs. I loved their courtship. It doesn’t follow any pattern. While they got to really know and appreciate each other, I did also. They have these weird quirks and super sweet little bits about them.
Pansies is romantic, sexy, sad and funny. There isn’t a lot of outside action. The book is about these two men including their emotions and dialogue. It has erotic scenes and inspiring parts. For me it was a powerful love story. I felt it deeply.