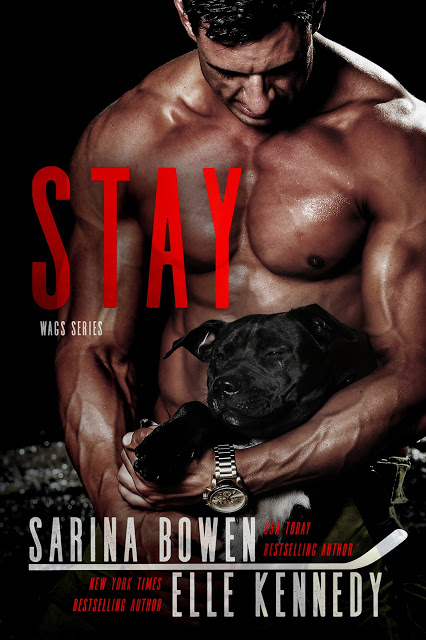 
Can you fall in love with someone you’ve never even met?

Although it’s against the rules for her to check his file, she’s 95% sure she spends at least part of each day texting with her lifelong crush and catering to his every need. Still nursing a wounded heart thanks to her recent breakup, Hailey is perfectly content with some harmless online flirting...until she has to meet her client. Face to face. Cue: utter panic.

Matt Eriksson is no stranger to heartbreak. He’s still not over the destruction of his marriage, and it sucks to be the only guy on the team who knows the truth--that hockey and long-term relationships are a toxic mix. He barely sees his kids, and dealing with his ex makes him feel insane. The only person in his life who seems to understand is someone who won’t show her pretty face.

But it’s nothing that a pair of fourth row hockey seats can’t fix. Hailey can’t resist the offer. Matt can’t resist Hailey. Good thing he doesn’t have to. Fire up the kiss cam! 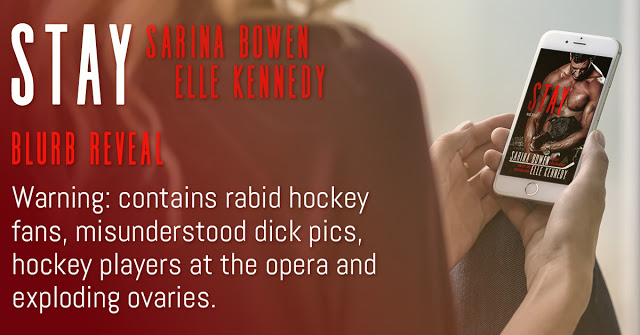 Stay by Sarina Bowen
My rating: 4 of 5 stars

Hailey and Matt are great people. They're kind and down-to-earth. She's a business owner, and he's a professional athlete. Wealth and celebrity status don't play much of a role in their lives. Friendship and family are the center of this story, and the love of hockey of course. Matt is divorced. He thinks that because of the demands of hockey on his life and time having a steady relationship isn't available for him. Hailey is also divorced. She and her ex realized they're really just friends. She's never felt that romantic spark and doesn't know if it will ever happen. Hailey and Matt are absolutely the perfect match for each other. She's almost as into hockey as he is, and he brings out her sexy side. All the supporting cast are awesome. If you read Good Boy or Him and Us, you'll be happy to see some of the previous characters make appearances. I really enjoyed Stay. The romance is mature (no manufactured drama), realistic and very hot. I recommend it.