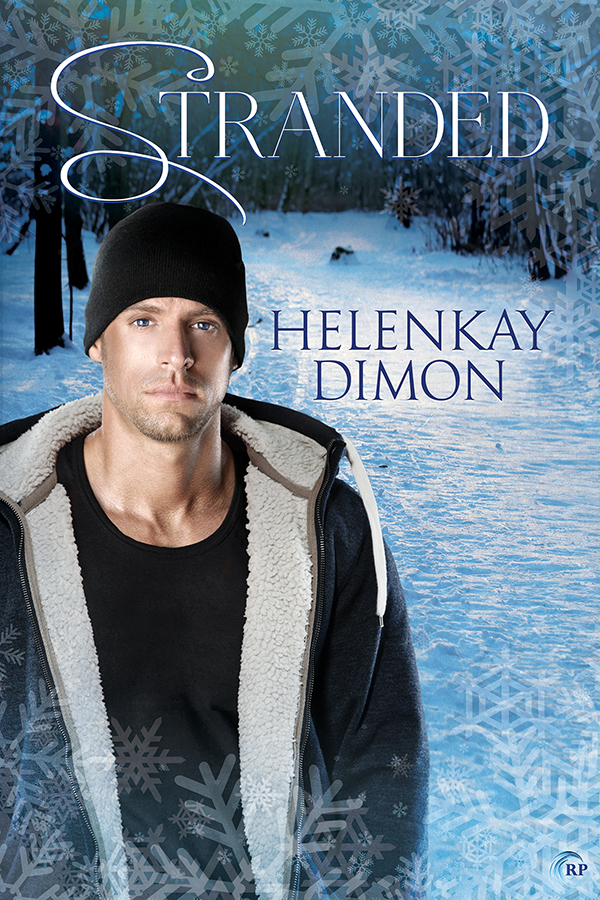 Cabe got out of the gun-for-hire business the hard way—by nearly dying. Except then his former boss calls in one last favor for one final job. The mission should be simple: get a message to a retired operative in Alaska. But it puts Cabe face-to-face with the one man he doesn’t want to see and can never forget. Not after all the secrets and lies. Not after Brax almost killed him.

Brax Hughes lived hard and retired young to a cabin in the middle of nowhere. Well, that was the plan, but before he can hang up his sniper rifle, he has one last mission: win back Kyle Cabe. Brax wants another chance, wants to come clean, but after months of lying to Cabe, he knows he could face a bullet—or worse—when they meet again. And they will meet. Brax made sure of that.

With a storm moving in and someone lurking outside the cabin, time is running out. Brax needs to talk fast and keep his weapons ready. And his best weapon is the truth.

Stranded is one of Riptide's 2015 charity titles.

HelenKay Dimon is a former divorce attorney turned full-time romance author.  She has sold over thirty novels and novellas to numerous publishers, including HarperCollins, Kensington, Harlequin, Penguin, Carina Press and Riptide Publishing. Her nationally bestselling and award-winning books have been showcased in numerous venues and her books have twice been named "Red-Hot Reads" and excerpted in Cosmopolitan magazine.

To celebrate the release of Stranded, HelenKay is giving away a $25 Amazon or B&N gift certificate (winners choice)! Your first comment at each stop on this tour enters you in the drawing. Entries close at midnight, Eastern time, on November 28, 2015. Contest is NOT restricted to U.S. Entries. Follow the tour for more opportunities to enter the giveaway! Don’t forget to leave your email or method of contact so Riptide can reach you if you win!

Cabe and Brax were in a relationship and working the same mercenary type business until Brax almost killed Cabe. After much time, the lovers turned enemies with unresolved feelings end up together in a remote cabin with a snow storm coming. As expected this leads to arguments and sex.

The plot is surrounded in mystery, and as it moves along, the reader gains background information on the men and current information about where they are in life. The story is much broader than what is just happening with them so it makes me wonder if this will end up being a novella to a series.

For those looking for a quick read with hot sex scenes, this is definitely something you should check out. Also, a portion of the sales go to charity (GLBT National Help Center).