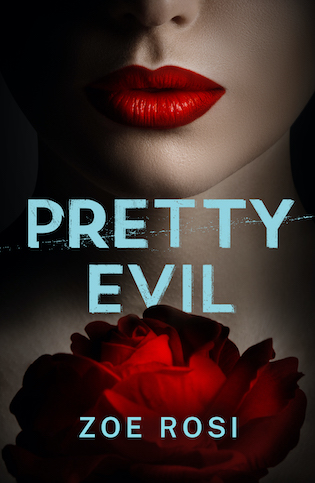 You’ve done a bad thing. She has you in her sights. Now you’re going to pay.

Meet Camilla Black: an affluent, respected, influential fashion magazine editor, who lives it up in her beautiful Mayfair apartment. But Camilla’s glamorous life is a lie. Behind her poised exterior beats the cold dark heart of a vigilante killer, a murderer hell-bent on wreaking vengeance upon bad men.

Camilla expects to get away with murder. She’s careful. And anyway, it’s worth the risk. She’s making the world a better place with each predator she kills. But when one of her victims’ bodies is unexpectedly found, his gruesome death is splashed all over the papers.

To make matters worse, she’s now being pursued by Detective Wheelan, a new addition to the Met with laser-sharp focus and a worrying habit of solving impossible crimes…

She knows she should stop, but she can’t. Some men just deserve to die. Will Camilla’s insatiable appetite for justice be her downfall, or can she outsmart the police?

The date rape drug he’d intended to give me has knocked him out so hard he’s barely even flinched, despite being dragged to the top of a twelve-storey building, stripped naked and bound to a post.

His head lolls towards his chest. I stand back to admire him, taking in his slumped frame as he wilts against the pressure of his rope bindings. He looks Christ-like, vulnerable. His skin is grey in the murky moonlight. His body is incredible. Hardly surprising, since he seems to spend half his life at the gym. His stomach is taut, rippled with abs. His pecs are straight from a swimwear ad, his broad shoulders and ripped arms are built like a boxer’s. His biceps are strong, lined with veins that will soon cease to pump blood. He has the kind of arms that could pin you down so tightly you wouldn’t be able to move a muscle. His hands are large – the least attractive part of him: dry, thick, stubby. They’re the type of hands that could grip your wrists and stifle screams. Hands that could have killed me tonight. Hands that would have hurt me. Hands that would have held me in place while he raped me.

I let my eyes wander down to his cock, which would probably have been pounding away inside me around now if things had gone his way. I could tell pretty early into our date that he was a predator. Perhaps it takes one to know one, but I could see it in his dark eyes and sly glances, the hungry way he took in my body, the type of questions he asked, his eagerness to buy me drinks. He probably didn’t think I had it in me to notice. Of course he didn’t. He just saw my shiny, sweeping hair, my lashes, my clothes, my smile. He saw what everybody else sees: my mask. 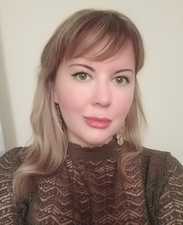 Zoe Rosi has a background in journalism and copywriting. She worked as a reporter for local and national newspapers before moving into the fashion industry as a copywriter. Zoe had four romantic comedies published before writing her debut thriller. It was while working as a fashion copywriter that Zoe had the idea for Pretty Evil, which she describes as The Devil Wears Prada meets American Psycho.