Sebastian Stark just isn’t cut out for normal life with a girlfriend in the hot and humid city of Miami. All in all, he’d rather be back on the island where it was just the two of them, and he could keep everything in balance. The bar down the street tempts him daily, but he’s determined to remain strong. Adjusting to normal life is difficult, but Bastian is doing his best to keep himself together and the nightmares away. Raine’s happy, and that’s what matters to him the most. But not all nightmares can be driven away. When Bastian’s former mentor comes into the picture and presents him with an ultimatum, Bastian slips into old habits. Though he wants to shield Raine from the truth, the shady circumstances of his past form into a hurricane he can’t control. In an effort to protect her, Bastian has no choice but to throw himself back into his old job – death match tournaments – just one last time. Dropped into the arctic wilderness with weapons loaded, Bastian has to compete against representatives from major crime lords all over the states. He’s studied his competition, he knows their weaknesses, and he’s ready to battle for the woman he loves. There’s only one opponent in the mix that causes him any concern. In order to guarantee Raine’s safety, Bastian will be pitted against the key hit man for Chicago’s largest mob family – a guy who’s known as one hell of a shot. A guy named Evan Arden.

Shay Savage lives in Cincinnati, Ohio with her husband, two children, and a variety of household pets. She is an accomplished public speaker, and holds the rank of Distinguished Toastmaster from Toastmasters International. When not writing, she enjoys science fiction movies, masquerading as a zombie, is a HUGE Star Wars fan, and member of the 501st Legion of Stormtroopers. When the geek fun runs out, she also loves soccer in any and all forms - especially the Columbus Crew, Arsenal and Bayern Munich - and anxiously awaits the 2014 World Cup. Savage holds a degree in psychology, and she brings a lot of that knowledge into the characters within her stories. 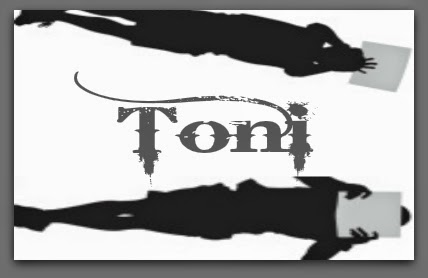 Shay comes up with some of the best characters I have ever read. This book has Evan Arden and Sebastian Stark. I think I died and went to readers' heaven. I mean what is it about a guy who straddles the line between 'wanting to be better' and 'past gone bad' that fires up my insides? Yes they have issues obviously.

Sometimes it just boiled inside of me.
The fucking anger.

"I don't know that I can control those...those urges. There's a need inside of me to lash out. It's so fucking deep, and I can't explain it; I just know it's there. As far back as I can remember, it's always been there."

If I were ever in a life or death situation, I would want them on my side. This time they are put up against each other. Gasp! But I love both men. This cannot be!

Surviving Raine is Bastian's series so I'm gonna focus on him. Poor guy—Can he still be thought of in that manner after all he has done? I say yes.—So, poor guy just cannot catch a break. He wants to feel normal, to be away from all the bullshit, to have his girl...Really he just wants to go back to the island, where he felt peace, where outside life didn't invade his relationship, where Raine only needed him. He really does love that girl. When a tough killer speaks of someone the way he does of her, it touches me more.

I had a whole range of emotions while reading this book, and I welcomed every moment of it.

I appreciate how the men have real grit. I also relish how everything is realistic as it can be. Nothing is over romanticized in this series. The good, bad, ugly, pretty, dirty and clean are all given voice. Of course I'm talking about the living, the surviving, the fighting, etc, but I also am talking about the kid. Usually they overly cute a kid, but it makes the exchange feel unnatural. The kid in this book acts just like real kids do so I liked that.

Basically, I liked every word, and you should read the book. It's one of my top reads for the year.


View all my reviews