By Any Other Name by J.M. Darhower Review 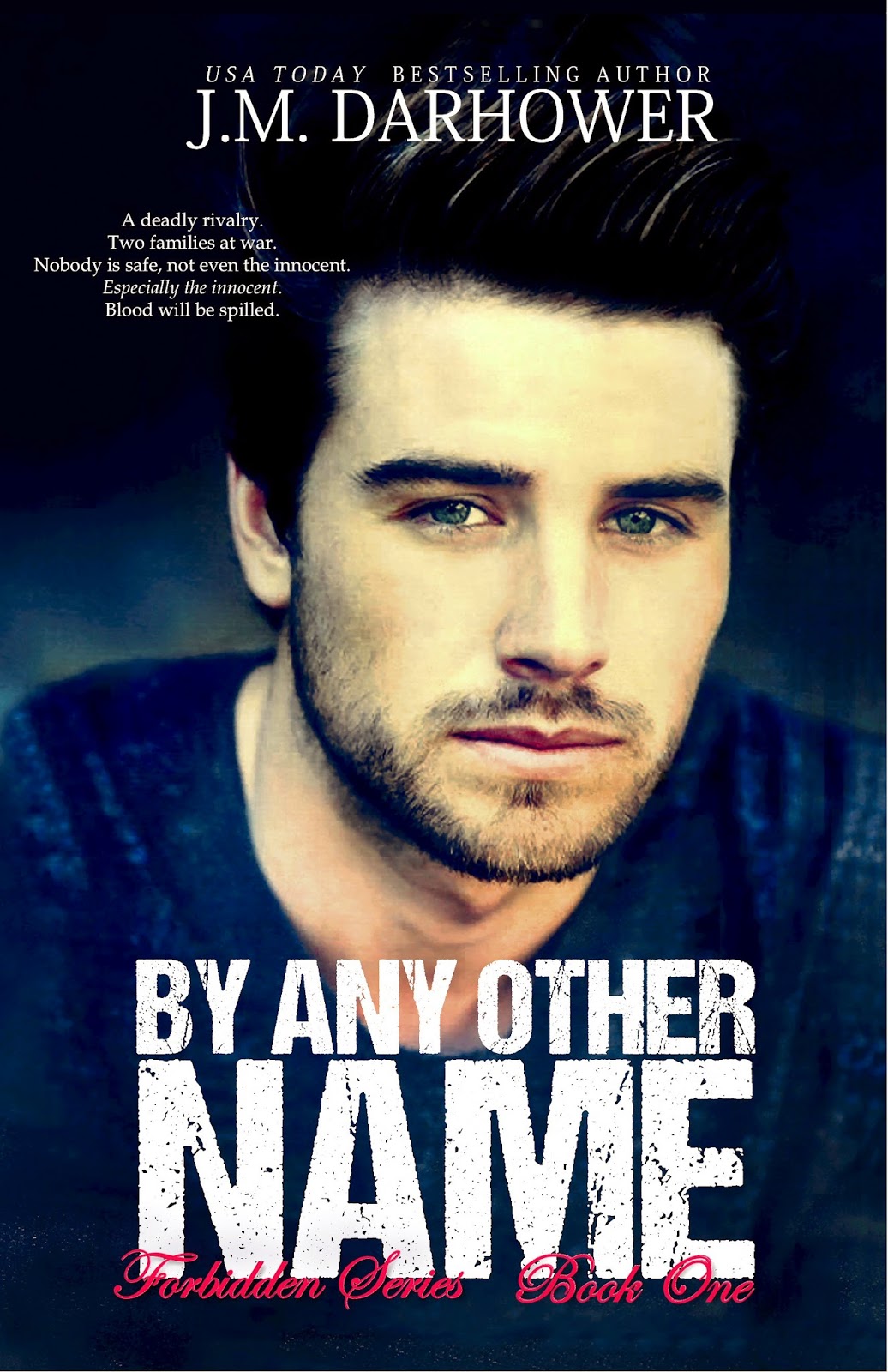 By Any Other Name
(Forbidden Series Book One)
By
USA TODAY Bestselling Author
J.M. Darhower

A deadly rivalry. Two families at war. Nobody is safe, not even the innocent. Especially the innocent. Blood will be spilled. Genevieve "Genna" Galante knows a thing or two about causing trouble. After all, it's engrained in her DNA. As the only daughter of Primo Galante, notorious boss of the Galante crime family, her life is dictated by a certain set of rules… rules Genna was never very good at following. Matteo "Matty" Barsanti never wanted anything to do with the family business, but as the first-born Barsanti son, certain things are expected of him. It's his duty, according to his father, to help take down the enemy... even if that enemy means something to him. A chance encounter on an elevator changes the course of lives, causing the biggest trouble of Genna's young life. The only good Barsanti is a dead Barsanti. She's heard it said time and time again. So what happens when she falls in love with one of them? The story of star-crossed lovers caught in the middle of the biggest rivalry New York has ever seen, determined to make it… if only they can survive their parents' feud.

"A Roman Coke," Genna mused. "What's that?"
"It's rum and Coke. We just call it a Roman Coke around here."
"Because you're Italian?"
"And because when you get drunk enough, it all just slurs together anyway."
"Ah." Genna picked hers up, motioning toward him with it. "So what are we drinking to?"
"Today."
"Today?"
He nodded. "Right now, this moment. Let's drink to it."
Smiling, she clinked her glass with his. "Today, then."
They threw them back at the same time. The liquor hit Genna's taste buds and she grimaced, the vicious burn seeping down her throat and settling deep in her chest. "Ugh, is there even any Coke in this damn thing?"
Matty laughed, setting his empty glass down. "Just a splash."
"I couldn't tell."
"That's because I prefer it that way," he responded. "Strong and rough, enough to leave a lingering ache. I like it to hurt just a bit."
Oh good God. Those words sent a chill down Genna's spine, one she couldn't hide, as Matty waved for the waitress. Eyes never leaving Genna, he ordered another round of drinks.
"Another?" she asked, picking up the water to take another sip, this one to soothe the sting in her chest. "You said one drink."
A sly smile curved his lips. "I like to keep them coming."
"Is that right?"
"Absolutely." Matty stood, leaning across the table, his lips near her ear. "Maybe you'll let me show you later." 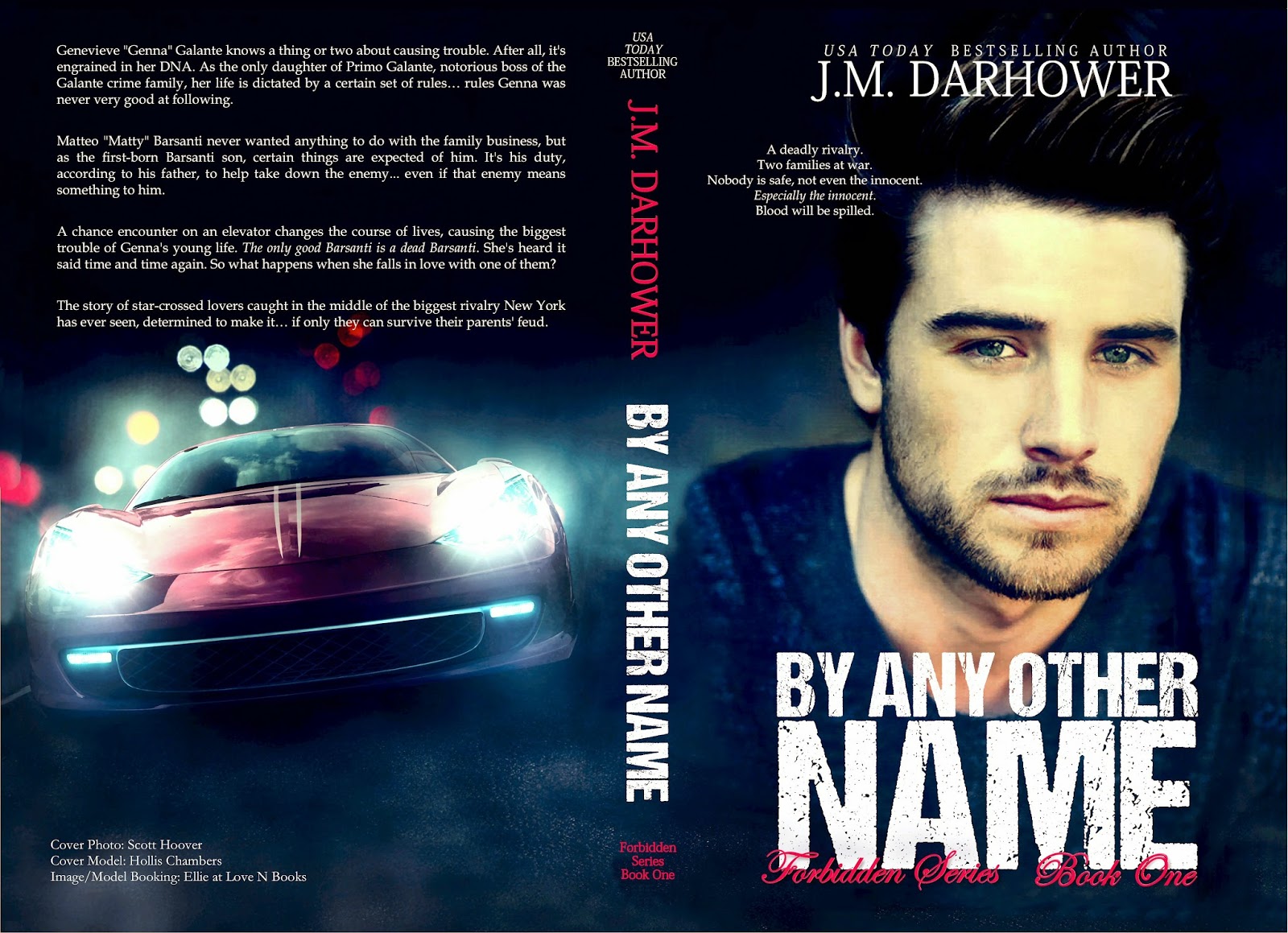 J.M. Darhower is a USA Today bestselling author, best known for her Mafia romantic suspense novels. She lives in a tiny town in rural North Carolina, where she churns out more words than will ever see the light of day. She has a deep passion for politics and speaking out against human trafficking, and when she isn't busy writing (or being a fangirl) she's usually ranting about those things.

By Any Other Name by J.M. Darhower

So obviously I loved it. BAON is about two kids from opposing crime families. They weren't always this way. Once they were very close. Both family's histories are super intertwined. Many things have happened that can't be taken back. Each act builds causing a snowball effect, more pain, more drama, more death and so on.

One thing that I want to point out for those that loved the Forever/Sempre series is Gavin (from Sempre:Redemption, the one that overran the construction site and watched over Haven for Corrado) is in this series. The DeMarco family of Chicago is mentioned by name and references are made to Haven and Corrado. Gavin Amaro is in one of the five families in New York. I expect we will see more of him in future books of this series. He is one of the first to know of the affair going on between Matty and Genna.

"Look, Matty, I'll tell you what someone told me once, a few years ago, when I got curious about a girl...don't plant your seeds in someone else's garden or you're liable to get buried sex-feet under with fertilizer."


Genna is different than any female lead I can remember Darhower doing before. She is a wild child. She isn't virginal and sweet sitting at home while the boys play. She isn't involved in the family business either. So while they're all busy, she's off getting drunk, screwing around and stealing cars.

Matty has never been a part of the family business. He was shipped off as a boy. Now after getting a college degree he has returned home to take care of his dying mother. He's a good, sweet guy.

Needless to say, these two have no idea who the other is when they meet. Both have been raised to stay clear of anyone with the other's surname, but without knowing this about each other, they immediately hit it off. While everyone around them is preparing for war, they're beginning to fall for one another.

He'd bought her an abundance of drinks and followed it up with even more orgasms. The boy was a giver, for sure.


Be prepared for lots of emotions. There are deaths and heart moments. It's a very easy story to get caught up in. It's heavy in sibling love, forbidden romance and decisions that change everything.