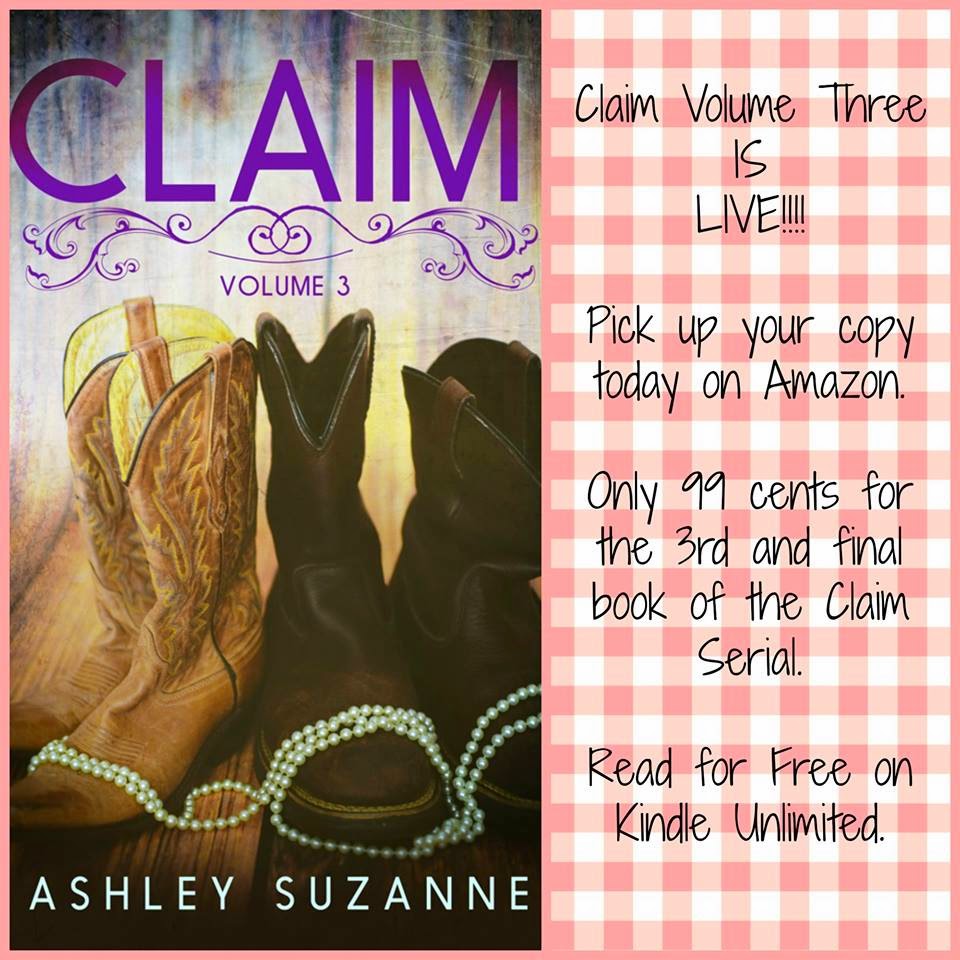 Claim Volume One
Looking For Love…wait, scratch that. How about…looking for a date?
Loren Tena has spent her adult life building her career, and dating all the wrong men. Now, with all of her friends on the verge of marriage, Loren can't help but feel that life is somehow passing her by.
After exhausting every avenue available to try and find a decent man, she decides to try her hand at online dating. What’s starts off as comical, as men bombard her inbox with bizarre introductions, eventually Loren receives the sort of message she’d been seeking, from a man who appears to be everything she’s ever wanted.
The pair hits it off almost immediately, and just as Loren thinks she might have found her happily ever after, her past comes knocking on her door...literally.

Claim Volume Two
After a frightening, nearly unsuccessful bout of online dating, Loren Tena finally found the guy she'd been searching for. Nolan was the epitome of her idea of perfection. Loren's used to waiting for the other shoe to drop, and in this case, it came knocking on her door.
Face to face with her past, Loren has to decide which path to take: The one she'd already been down and failed or the new, exciting one leading her into the arms of her perfect cowboy.
Claim Volume Two should be read following Volume One.

Claim Volume Three: The Conclusion of the Claim Serials
Loren’s past relationship might not be as over as she thought. Spending time with Jordan to see if the feelings she once had were still there may have backfired. Caught between the man she gave her heart to and the one she wants to steal it away, Loren has to make a decision; does she choose the man that’s hurt her once or the man she knows she should be with?
If only she were the only one to have to decide. Nolan’s past, the first girl he ever loved, needs him now more than ever. Does he sacrifice his own happiness for such a vital part of his past or choose the selfish route for once in his life?
Nobody ever said you can only love one person, but the cold hard truth is you’ll always love one of them more.
Relationships will be tested. Decisions will be made. Hearts will be broken.

This is a very sweet conclusion to the serial. I love the dream sequence. Thank you, Ashley, for that! I was a little disappointed in the direction I could feel the story moving from the beginning. I just knew the wrong guy was going to be chosen; but in the end, I believe everything played out as it should have. I also need to throw out that I appreciate the maturity of the characters. Even though it's a love triangle, no one was devious or did anything unforgivable to the reader. Great epilogue. I liked all three parts and recommend them to anyone that likes down-to-earth, good people.