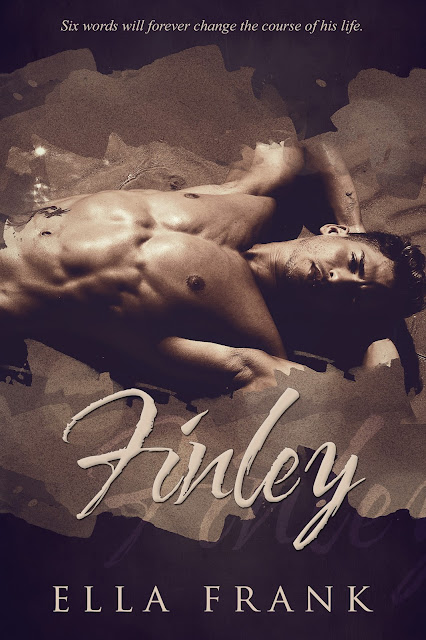 It's time to come home, Finn.

It’s been seven years since Daniel Finley left his hometown in Florida for the hustle and bustle of Chicago’s city life.
Since then, he’s worked hard for his position at the prestigious law firm Leighton & Associates, even when it’s caused distance and isolation from his family and friends. But that’s all about to change.

On his thirtieth birthday, he receives the one thing he never dared hope for. Something that was promised to him years earlier—a note. One simple sentence from the man he’s never been able to forget.

Six words will forever change the course of their lives.

Brantley Hayes has it all. Or so he thinks. When he first made the decision to take a job down in Florida, his family thought he was crazy. But, after years of living in the quiet beach town, he finally feels a sense of community. He’s surrounded himself with friends who are like family, has a job he loves, and owns a spectacular beachfront property that is his sanctuary.

Yet he still feels unfulfilled, as if a piece of the puzzle is missing, and he knows exactly which piece it is. On an impulse, he follows through with a promise he made years earlier. A promise to call home the one he sent away.

Nothing is as simple as it seems.

After years of separation, the former lovers are reunited, but Brantley wasn’t expecting to encounter the high walls now guarding Daniel’s heart.
Daniel may not be the same person he was when he left, but he knows that the first step to healing is the note in his hand.

BRANTLEY KEPT A discreet eye on the final student to leave for the morning as Mr. Finley strode down the stairs to the front of the classroom. They were three weeks into the semester and he was ashamed to admit that, with every day that passed, his fascination with the young man grew.


At first, he’d tried to convince himself that it was purely academic. The kid was smart. He’d aced all the weekly quizzes, and Brantley was more than aware of the way he watched him lecture with keen, intelligent eyes that never strayed from him.


Oh, he was fascinated, all right, but he made sure to tell himself at the end of every class that it had nothing to do with the mischievous grin Daniel would flash at his friends or the easygoing laugh that would bubble up out of him at any given moment. But he knew he was lying. Daniel was quite possibly the happiest person he’d ever met, and his joy of life lit up the room and everyone in it. Including him.


When Daniel stopped in front of him and dropped his paper on the desk, Brantley acknowledged him with a glance before returning his gaze back to the notes he was going over.


“Any big plans this weekend, Professor?”


The question had been so unexpected that he didn’t think to catch himself before he replied, “Nothing too big. Just going out with some friends. You?”


Daniel smiled at him as he shoved his arms through the loops of his backpack, and Brantley couldn’t help but look at his shirt as it stretched across his broad chest.

I will forever be grateful for Try, which introduced me to the M/M book world; so, I was super excited to read a spin-off from the Temptation series. Finn (Daniel) is a lawyer who has had some interaction with Logan and Tate. Although I recommend the Temptation series, you definitely don't have to read it before this book.

Finn and Brantley met when Brantley was Finn's professor in college. So this a bit of student-teacher romance but not really. I would say it's more of a second chance romance. The guys were madly in love, but life and their decisions have kept them apart for several years. Now they're reconnecting to figure things out. They're either going to work each other out of their systems to get over the past, or they're going to find a way to heal and make their relationship work permanently.

Much of this book is torturous sexual tension, and when they give in of course the author delivers some deliciousness. The focus is almost completely on the two main characters. The storyline switches between past and present in their relationship. Also, the reader is given complete insight into what each is thinking. The overall vibe is really romantic and sexually charged.

If you're already a fan of this author, you should read Finley for sure. If you're not familiar with the author, but you love reading about sweet and saucy men burning for each other, you need to read this.