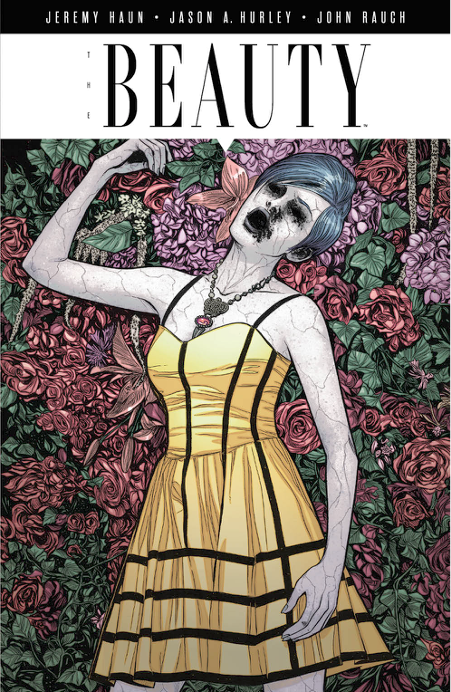 Modern society is obsessed with outward beauty. What if there was a way to guarantee you could become more and more beautiful every day? What if it was a sexually transmitted disease?
In the world of The Beauty, physical perfection is only one sexual encounter away. The vast majority of the population has taken advantage of it, but Detectives Vaughn and Foster will soon discover it comes at a terrible cost. Now, they'll have to find their way past corrupt poiticians, vengeful federal agents, and a terrifying mercenary out to collect the price on their heads.
Collects the first six issues of the critically acclaimed, Pilot Season winning series by writer/artist JEREMY HAUN (Constantine, Batwoman) and co-writer JASON A. HURLEY.
...a high concept that is, frankly, genius... - multiversitycomics.com
This is absolutely a book to check out. - all-comic.com
...one of the strongest introductions to a series in a long time... comicbookresources.com"

The Beauty, Vol. 1 by Jeremy Haun

There's a new STD. When someone contracts it, they become beautiful. Naturally tons of people are eager to be infected. There's no visible downside until people that have the disease begin catching fire and burning to death internally.

The Beauty's storyline is super fast paced and graphic. Lots of people die for sure, and there are several unconfirmed deaths of important characters. The pages jump from scene to scene. Few words and pictures are given before it's on to whatever else is happening. A little more detail on some parts wouldn't have hurt, but it kept me interested as is. I'm looking forward to seeing how things turn out with a cure.

I recommend this to anyone who likes viral apocalypse themed reads and darker style comics.