Out of Frame by Megan Erickson Review 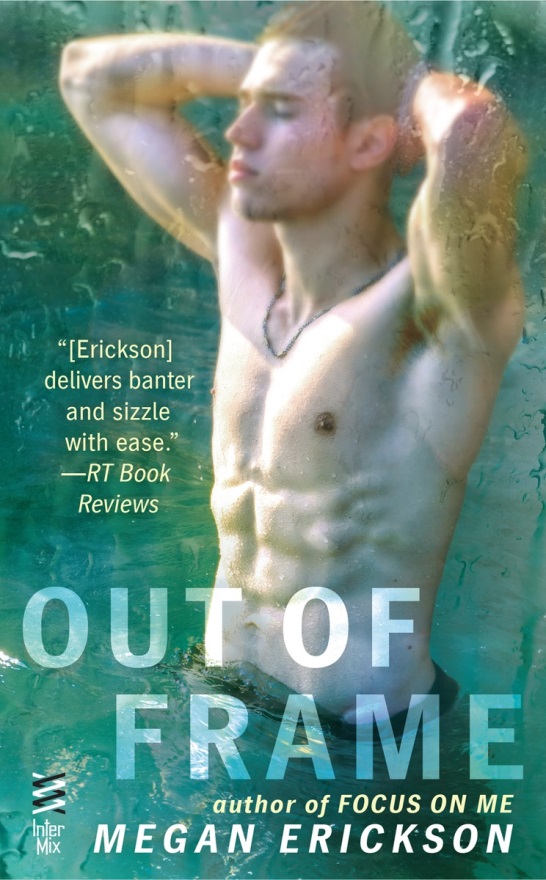 Romance trades the open road for the high seas in the latest from the author of Focus on Me and Trust the Focus...Perpetually shy, Quinn Mathers is content to remain in the shadow of his brash best friend Jess Hartman. But before their college graduation, he and Jess have planned one last hurrah: a spring break Caribbean cruise. And it won’t be just any cruise. On board are members of the reality show Trip League, which follows young twenty-somethings on adventures around the world. Since the show’s beginning, Quinn has been fascinated by J. R. Butler, with his amazing body, warm eyes, and killer grin. Unfortunately, he’s straight—or so the world thinks. At nineteen, J. R. signed a contract to play straight for the show, and there’s no way to get out of it now. Yet with each passing day, Quinn and J. R. find it harder to keep their hands off each other and to keep out of the camera’s frame. But when the lens finally focuses on them, J. R. must decide if he’s willing to risk his career by admitting his bisexuality, and Quinn must determine if he's bold enough to stand in the spotlight with the man of his dreams...

Out of Frame by Megan Erickson

I loved Trust the Focus and Focus on Me. Out of Frame can be read as a standalone, but you're really missing out if you don't read the others.

The subject matter in OoF isn't as heavy as the previous two books. Jay is a bi young adult man starring in a reality show. He was eager to land a role as an actor and naïve about the business so he signed a contract to portray himself as an angry black straight man since that's the slot the makers wanted filled. Quinn has been very sheltered by his parents. He and his best friend decide to cut loose on a special cruise loaded with college co-eds and the cast of Trip League. There is an instant attraction between Jay and Quinn, but big obstacles stand in the way.

This story was really fun. The friendships and banter kept me smiling, and some of the antics the cast pulls off made me chuckle. If you're looking for some new adult good times centering on relationships and finding oneself, this is for you.