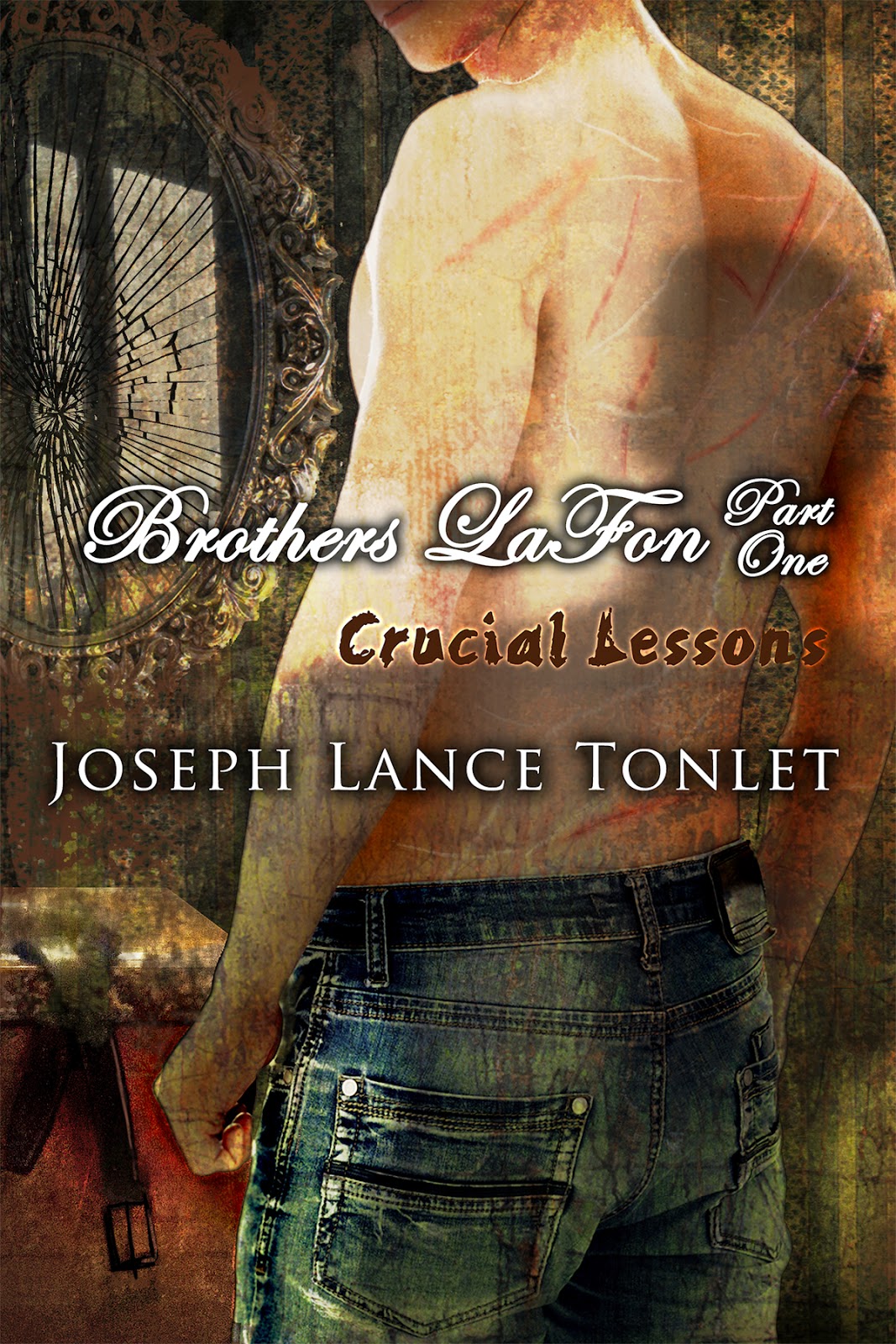 Joseph is a born and raised Southern Californian—with a twenty-year stint of living in the Midwest. He loves the laid-back lifestyle of San Diego and considers himself lucky to live where people dream of vacationing.
A lifelong reader of m/m fiction, he began his writing career one night sitting at his MacBook and has never looked back. He writes to bring the characters he dreams about to life.

Writing Jeremiah (Miah), the psychotic antagonist in my latest novelette release, Brothers LaFon, was nothing short of a blast.

“I know I’m not normal…like other people. I don’t feel things like other folks do.”

He sighed, released his light grip on his brother's throat, and ran his palm across the younger man's lean forearm.

“I know I hurt you—that I intend to hurt you—and it makes me feel good to hear your screams and pleas, to see the blood and scars. But your pain, what it means to you, it has no effect on me; I don’t feel anything about it in regards to you as a person. I don’t feel…empathy, Alexander.”

Actors routinely comment that portraying the villain is vastly more fun than playing the victim. I can now say, at least for this author, it's very enjoyable to write them too.

Reading takes us on a journey—an adventure into another time and place, with fresh faces to learn, and experiences to live. Witnessing front row, the age-old paradox between good and evil can be thrilling...and horrifying. Particularly when the evil is truly heinous.

A reader, and fellow author, recently described her feelings about Jeremiah like this:

"I go balls in when I find a character like this. The need’s there to pull him from the pages, tie him down in a padded cell, break him enough to see how he ticks... and it disturbs the hell out of me that Miah fascinates me like this: there’s nothing, and I mean NOTHING redeemable about him. But... but..."

As I've mentioned on this blog tour, writing a character who has no moral compass, who feels nothing beyond his own needs and gratification, is almost euphoric; the possibilities are nearly limitless. Indeed, without a conscious, the character can go in any direction...and certainly bound into the darkest of places most characters would never venture.

But, most importantly, reading a character like Jeremiah takes us on a journey which allows us to—hopefully—feel deeply, while pondering the character's unfathomable motivations, and, with what's left over, encourage the victim, in this case his own brother, to not lose hope.

"Disturbed, sadistic and manipulative bastard. That is Miah on the outside. On the inside, he is very complex, and the whole time, you just want to understand... Alex is so sweet and conflicted and just trying to survive. My heart broke for him so many times until he finally makes his break."

Yeah, I had a complete blast writing the twistedness of Jeremiah. But if I did it correctly, it wasn't half as much fun as reading about him will be. 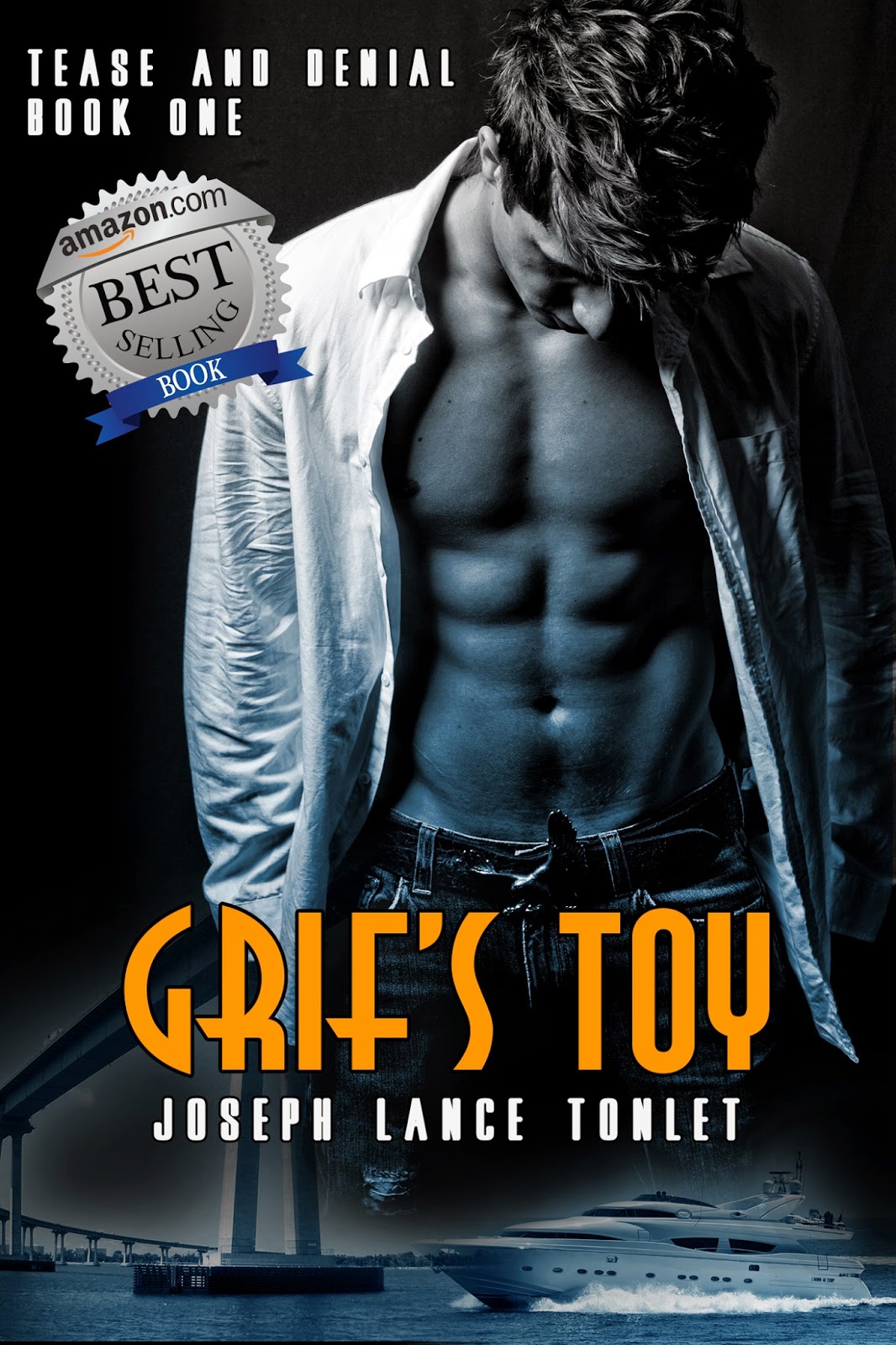 This is my first book from JLT. I had no idea if he was a good writer or not. After finishing this, I have to say, he's got the skills. I read the warnings before starting this book. I like dark so I moved forward.

This novella is about two brothers. Miah is a true psychopath/sociopath. He's willing to go to inhuman lengths without batting and eye. His greatest pleasure is physically and psychologically torturing his little brother Alex. Alex lives in hell made by a brother he cannot reason with no matter how much he begs or cries. The ultimate kicker is despite how much pain and degradation Alex endures at the hands of Miah, he still loves his brother.

For about a day after reading, I was speechless except for rambling curses.

The dark in it is about as dark as a story can get without becoming horror. The bad things are so wrong; yet, I still felt drawn to what was happening. There are no boundaries in this novella. I had no idea where it would go next, and I cannot wait for the next installment to discover the brothers' fates.

If you don't like truly dark reads, this is not for you. I suggest you take the warnings seriously.