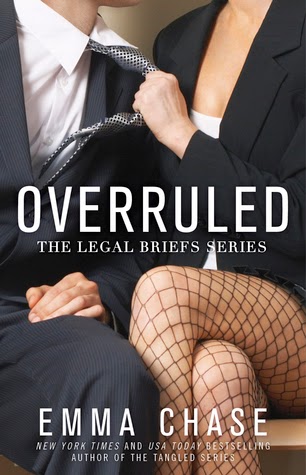 As a DC defense attorney, Stanton Shaw keeps his head cool, his questions sharp, and his arguments irrefutable. They don’t call him the Jury Charmer for nothing – with his southern drawl, disarming smile and captivating green eyes – he’s a hard man to say no to. Men want to be him and women want to be thoroughly cross examined by him.
Stanton’s a man with a plan. And for a while, life was going according to that plan.
Until the day he receives an invitation to the wedding of his high school sweetheart and mother of his beloved ten-year old daughter. Jenny is getting married — to someone who isn’t him.
That's definitely not part of the plan.

Sofia Santos is a city raised, no-nonsense litigator who plans to become the most revered criminal defense attorney in the country. She doesn’t have time for relationships or distractions.
But when Stanton, her "friend with mind-blowing benefits" begs for help, she finds herself out of her element, out of her depth, and obviously out of her mind. Because she agrees to go with him – to The-Middle-Of-Nowhere, Mississippi – to do all she can to help Stanton win back the woman he loves.
Her head tells her she's crazy...and her heart says something else entirely.

What happens when you mix a one stop-light town, two professional arguers, a homecoming queen, four big brothers, some Jimmy Dean sausage and a gun-toting Nana?
The Bourbon flows, passions rise and even the best laid plans get overruled by the desires of the heart. 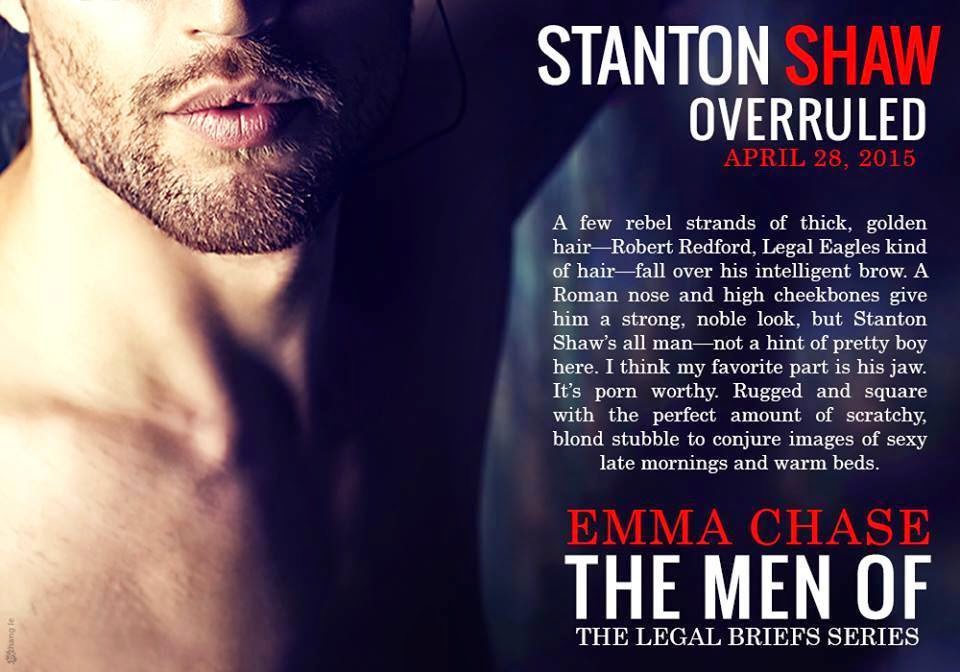 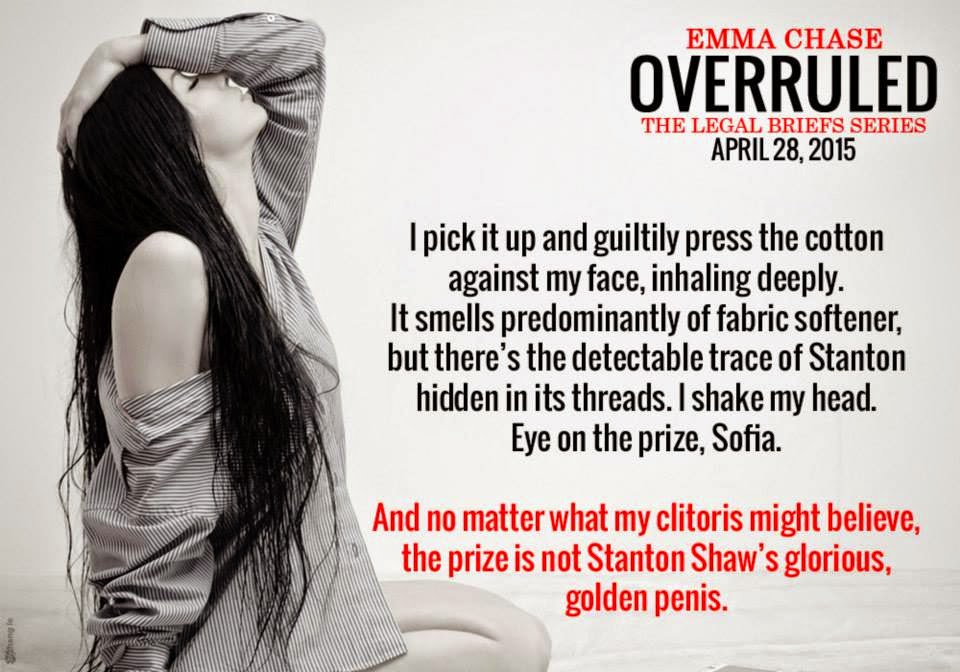 I really enjoyed reading Overruled. It's a romance containing lots of heat with a side of comedy and cuteness.

Stanton had one girlfriend from elementary school until graduation. When he went away to Columbia to school and she stayed back home with their daughter and community college, they agreed to have an open relationship. They are considered together, but they both see other people while apart with a don't ask, don't tell policy. Ten years later, this is still the set up while Stanton works as a high powered attorney in D.C. and Jenny chooses to stay in their hometown in Mississippi.

When Stanton learns that Jenny is planning to marry someone else, he hightails it back with his co-counciler to try to stop the wedding. This is where the fun really begins.

"Well, that was interesting," she says.
"That was nothin'—it's still midday. The real interestin' comes out after dark."
"Everyone turns into sparkly vampires?"
I shake my head. "Rednecks."


Tales of not recognizing what is in front of you have been told time and again, but all the little ins and outs of this eye opening journey for Stanton are pretty unique. Obviously there is major chemistry between Stanton and Sofia, but he's almost on a tirade about Jenny's upcoming nuptials. The families are a trip. The manly competitions with farm equipment are crazy. Everyone is so close and the feelings and emotions are running high.

"It's an echo. Of who we were, the promises we made, the passion we had. But an echo's not real—you can't build a life on it. It's just a memory of a sound."


One of the best aspects in my opinion is given the situation, it doesn't actually get too ugly. I appreciate maturity from characters when reading a book. I like when someone can admit selfish behavior and make changes. Even though there is pain, no one is purposely devious in inflicting it. Especially with a child being aware, I value things not turning nasty. It's a learning experience for everyone involved with a really close family feel to it.

I love this author's writing style. I have since I first met Drew Evans, who actually has a couple of parts in this book. *smile* I totally felt the connection that readers get when a piece fits them. I recommend Overruled, and I can't wait for the next book.