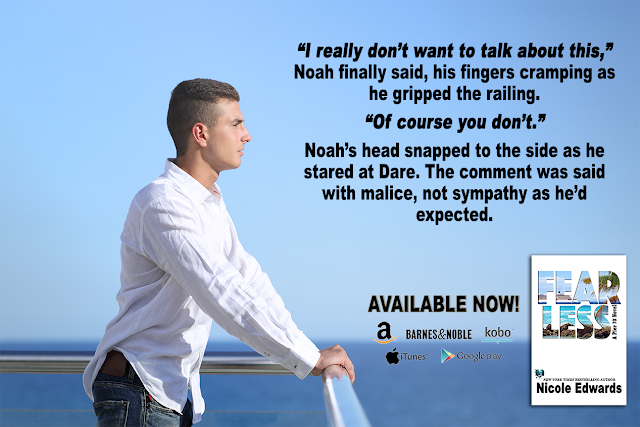 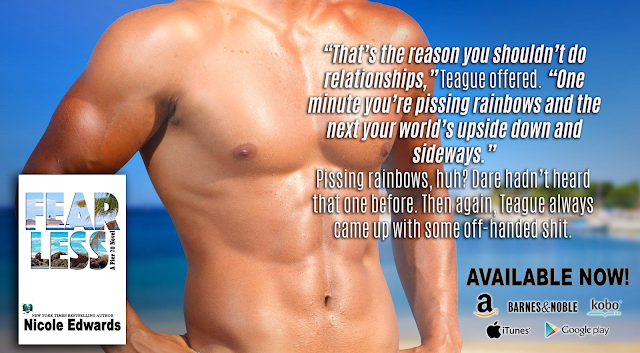 Getting out of that cabin was the only option Dare had. That or he was going to strip Noah naked and ride him until the sun came up. Or vice versa. He didn’t really care which. Okay, yes, he did, but now was not the time for that. He needed to gather his thoughts.
Plus, he needed to return Roan’s key and let him know that he wouldn’t need a place to crash after all.
Then he needed to find food.
God, he was starving. He hadn’t eaten much at the reception because he’d been too nervous. But even if he had, he would still be hungry. That was how he rolled.
By the time they emerged from their cabin, it seemed most of the other cruise-goers had called it a night. The halls were deserted, as was the main deck, where they ended up after making a quick pass through the casino and then deciding against any more gambling for the evening. As it was, the wager between them was steep enough. Dare knew he didn’t have anything else to bet.
So he settled for pizza and soda, which they devoured outside.
For the next hour, they walked around, close but not too close. When he yawned for the third time, Noah suggested they head back, and Dare reluctantly agreed.
He was edgy, he couldn’t deny that. Although they were alone out here—for the most part—being alone in their cabin was decidedly different. No one could happen upon them in there, which meant their clothes could fall off. And then he could… What if he tripped and his dick slipped right into Noah’s mouth? That could be awkward.
Well, the last part wasn’t too bad of an idea, provided it didn’t result in any damage to his dick.
However, that wasn’t going to happen tonight. Not on purpose and not by accident. 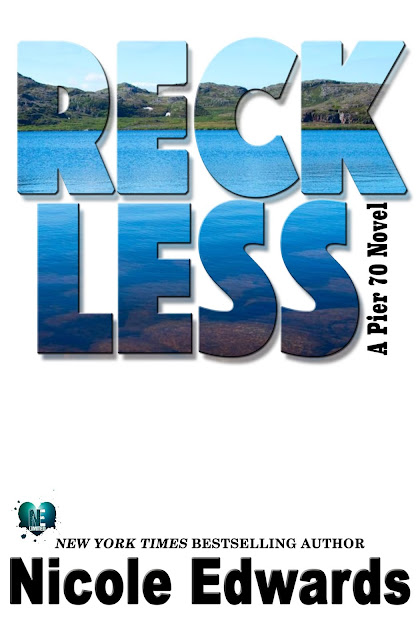 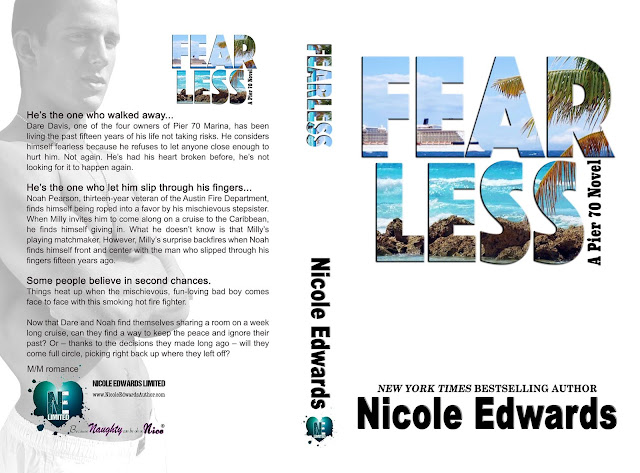 Pier 70 is about a group of men owning and running a marina. Fearless is Dare's story, but it also features the rest of the gang. It's all about relationships including romances, friendships and families. To me it felt a little deeper than book 1, but I would still consider it a fairly light read.

Dare and Noah were a young couple 15 years ago. Things didn't end well for them. After not crossing paths since their breakup, they end up on a cruise ship as part of the same wedding party. Both men go through a bunch of feelings including regret, denial, anger, longing, desire, etc. They are the one that got away to each other, but they both have some baggage from when they separated to get over.

While Dare and Noah are trying to let what they had go or find a way to start again, they have several fun and sexy moments. The rest of the wedding party is busy getting into things too. I must mention Dare's grandmother. She made me smile with her frank way of speaking whatever is on her mind.

This wasn't a mind blowing story for me, but it's the kind that hits the spot perfectly if you're wanting some sweet, sexy, fun romance. I liked this one more than book one. It has a little more pep, and I've gotten to know the characters better. Yes, I recommend it.