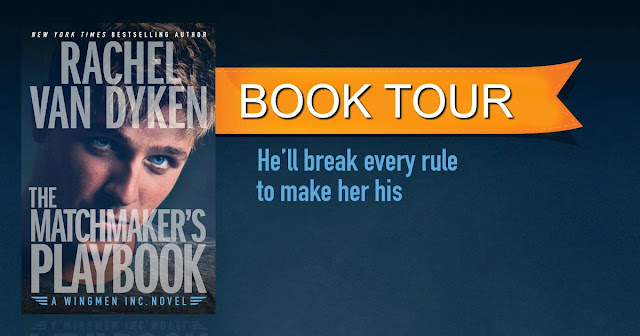 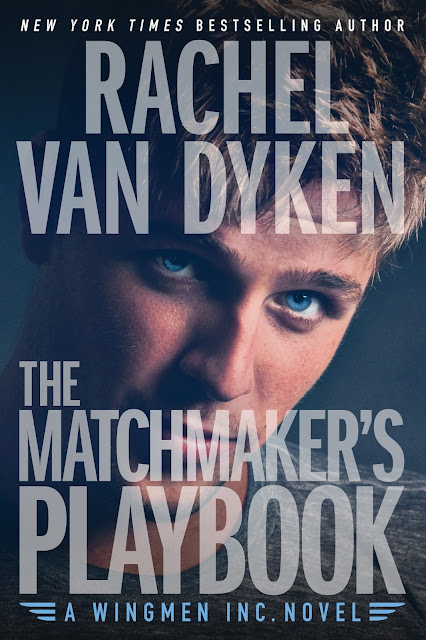 Wingman rule number one: don’t fall for a client.

After a career-ending accident, former NFL recruit Ian Hunter is back on campus—and he’s ready to get his new game on. As one of the masterminds behind Wingmen, Inc., a successful and secretive word-of-mouth dating service, he’s putting his extensive skills with women to work for the lovelorn. But when Blake Olson requests the services of Wingmen, Inc., Ian may have landed his most hopeless client yet.

From her frumpy athletic gear to her unfortunate choice of footwear, Blake is going to need a miracle if she wants to land her crush. At least with a professional matchmaker by her side she has a fighting chance. Ian knows that his advice and a makeover can turn Blake into another successful match. But as Blake begins the transformation from hot mess to smokin’ hot, Ian realizes he’s in danger of breaking his cardinal rule…
Amazon US: http://amzn.to/1V6Utox
Amazon UK: http://amzn.to/1V6UCs6
Amazon CA: http://amzn.to/1QS5BTc
Amazon AU: http://bit.ly/1MipuP3

The Matchmaker's Playbook by Rachel Van Dyken from Becca the Bibliophile on Vimeo.
​

Ian and Lex's Rules of Play


1. Jealousy is key when trying to get noticed by a dude. No girl ever got her guy by hanging out by the potted plants or doing the dishes in the kitchen.


2. Smile. Often. Smiling makes dickheads automatically assume you've got a secret--and damn, do guys love discovering secrets.
3. Never call. Always text.
4. If he calls you, answer on the third ring, but only after he's called you three times.
5. The rule of three pertains to every situation, answering in person, the length of time you touch a body part (unless it’s down below, but you shouldn't be doing that at this point unless you're a psycho), the length of time you take to answer the door, the point is this, you have to pause, breathe, stare, and then answer. If you're doing it any other way. You're doing it wrong.
6. I don't care if he's serenading you with Taylor Swift and it’s just like absolutely OMGEE your most favorite song, holy shit he brought coke zero? I LOVE COKE ZERO. No. Hell no. You don't cave. It’s been one day. You do not cave on day one. On day one. You plan.
7. You are NEVER to be so interested in them right off the bat that you're willing to cancel plans, according to them, you're always busy damn it, why can't they just catch a break?
8. Walk away, never toward. I don't give a flying shit that he's wearing your favorite shirt and holding a monkey on his head, smile, wave, walk the other way. The only time you walk toward is if the douche needs medical attention and even then...if he's gonna live, so will you.
9. It’s not about you. I know, I know, you're just so pissed about Shelly and how she gave you a bitchy look during chem, but control yourself. It’s about him, ask him questions, in return, he will ask you. This. Is. Called. A. Conversation.
10. Put your damn phone away. When you're in his space, you aren't on Facebook or tweeting about it, this is how you lose his attention and gain another cat. Toss the cell phone away or Wingmen Inc will very politely shove it up your ass.
If the first ten rules are too difficult for you to comprehend, you probably aren't the client for us...because quite honestly...there are forty more, no chance in hell you'll get through them if you're already scowling. Buh-Bye. 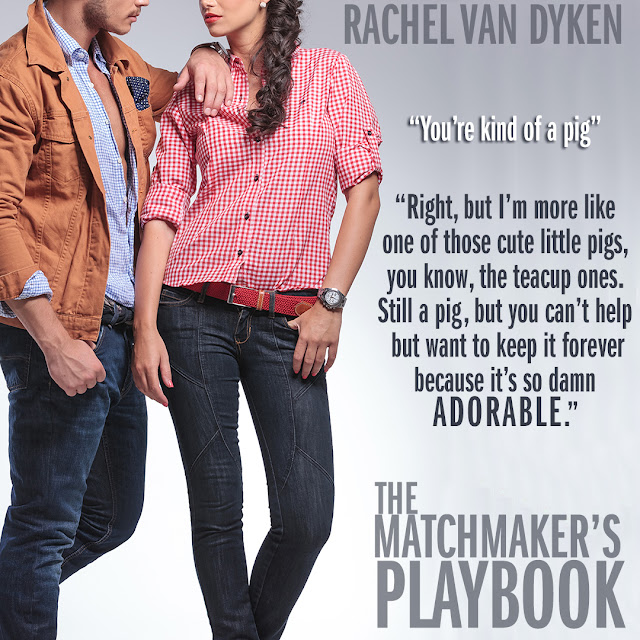 EXCERPT
Blake let out another pitiful groan. “I don’t think it fits.”
“They measured you. It fits. Just, tell me if it looks okay so we can go.” I checked my watch. “Gabi said dinner was at six, and it’s already a quarter till.”
“This is too much pressure.” Her voice was frantic. “I can’t do this. I mean, how do I know if it looks good? They’re boobs.”
I groaned. “Boobs always look good. Believe me.”
“Boobs are gross!”
Said no man ever. Even the gay ones.
One of the salesladies eyed me up and down. “Are you two okay?”
“Great,” I chirped. “Just having a very heated discussion about the beauty of breasts.” I dipped my chin to Blake’s chest. “What are you? A double D?”
Scowling, she marched off.
Thank God.
“Blake,” I hissed.
No answer.
I’d never had such a difficult client. If anything, they jumped when I told them to, asked how high, and then kept jumping until I was satisfied. Blake fought me at every turn.
“Open the door before I crawl underneath it. I’ll pick the bras, you can close your eyes if you want so you don’t have to watch me look at you, alright? My stomach literally just ate my liver. I need protein. Open. The. Door.”
The door slowly creaked open. Taking advantage of the small crack of air, I pushed it farther, then clicked it shut behind me and turned around.
Blake was facing me, hands on hips, face beet-red, body . . . freaking perfect. My tongue almost lolled out, like a dog.
Most girls starve themselves to have abs like that, which was disgusting. But her abs? They had muscle, actual muscle, but still appeared feminine.
She also had a nice tan, just enough to show that she spent time outside or maybe just had naturally darker skin.
My throat went completely dry as I continued to stare.
“Well?” Her voice was weak. “How awful do I look? On a scale of one to ten?”
I’d convinced her to buy some new workout clothes to replace her old ones. I knew I’d never get her to actually completely change her style. She liked workout clothes? Fine, at least buy the kind that fit and actually point to the correct gender. I tried to steer her away from the boyfriend sweats and sweatshirts, but she eventually wore me down, so I told her if she bought at least five new Pink outfits that had spandex in them, I’d let her get one pair of ugly slouchy sweats. You’d think I’d just given her a million dollars, from her reaction.
Currently, she was sporting a short pair of bright-blue yoga shorts.
And a black push-up sports bra that did wonders for her boobs.
And the world just in general.
Holy shit.
I gulped as I became more and more irritated with the fact that my body was reacting as if it had never seen a girl without her shirt on before. “Blake, it’s great.”
“You sound bored!”
I had to, damn it! What did she want me to do? Sound interested? Turned-on? Intrigued? Curious? I was all those things. I just tried to ignorethe insanity bouncing around in my head and blurted, “Your boobs look really good. Perky, happy, just . . . awesome.”
Did I just call her boobs “happy”?
“You think?” She stared down at her breasts, then grabbed them.
Holy shit, was she seriously feeling herself up? I braced my hand against the door and sucked in a breath.
“They still feel comfortable,” she said.
“Do they?” I managed to choke out while she continued bouncing them a bit in her hands. Dear Lord, did she know what she was doing? Waving a flag in front of a bull. My jeans suddenly tight in all the wrong areas, I tried to envision Lex naked, anything to get my dick to clue in to the word “client,” meaning I was in a no-play zone.
Another first.
It was because I was hungry.
And Marissa? Melissa? Hadn’t satisfied me. I’d gotten off, and made sure she did too, but the entire experience left me feeling empty, bored, and—if I was being completely honest? A bit depressed. Besides, her tits paled in comparison. I had to wonder what the hell I’d been doing all my life if this was the first time I was having such a strong reaction to boobs.
Something about Blake had me wondering if I’d been satisfied at all up until this point. And I had no idea what the hell was so confusing about her, and about the situation. I was unable to put my finger on it, and the more I thought about it the more my head hurt.
Hunger does weird things to guys.
“Yeah.” More bouncing, then turning and staring in the mirror. I wasn’t sure what was worse. Her staring at her own boobs or touching them. “I’m just no good at this stuff. I didn’t grow up with a mom, and I hit puberty really early. The girls made fun of me, and the boys pointed.” Her shoulders slumped inward again.
Could we please go back to the bouncing? I was a fan of that Blake. The one that rolled up like an awkward armadillo? Not so much. 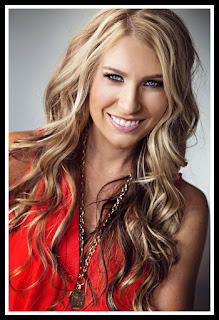 ABOUT RACHEL VAN DYKEN:
Rachel Van Dyken is the New York Times, Wall Street Journal, and USA Today Bestselling author of regency and contemporary romances. When she's not writing you can find her drinking coffee at Starbucks and plotting her next book while watching The Bachelor.
She keeps her home in Idaho with her Husband, adorable son, and two snoring boxers! She loves to hear from readers!
Want to be kept up to date on new releases? Text MAFIA to 66866!
You can connect with her on Facebook www.facebook.com/rachelvandyken  or join her fan group Rachel's New Rockin Readers. Her website is www.rachelvandykenauthor.com .

This book has the wonderful things I've come to expect from RVD. It's a light peppy ROMCOM. It has a group of friends who play off each other's personalities perfectly. The characters are very fun and the type of people you want to know in real life.

Ian is a player who started a company with his best friend to help girls find guys. They basically help them with self-esteem and give them a few pointers with behavior and dress. Blake is one of Ian's clients. He finds himself on the other side of the deal. He's the one looking to catch the eye of his crush.

I thought this story was a bundle of cute, sweet fun. I enjoyed reading it. If you're looking for an entertaining upbeat romantic comedy, you should definitely check it out. Also, I'm really looking forward to Lex and Gabi’s story, heehee.