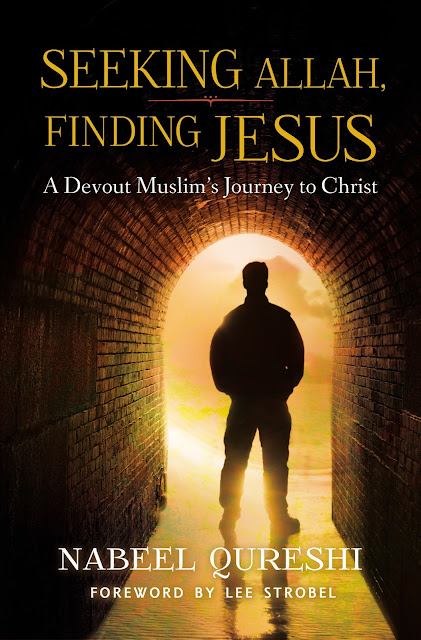 An Unexpected Journey from Islam to Christianity In Seeking Allah, Finding Jesus, Nabeel Qureshi describes his dramatic journey from Islam to Christianity, complete with friendships, investigations, and supernatural dreams along the way. Providing an intimate window into a loving Muslim home, Qureshi shares how he developed a passion for Islam before discovering, almost against his will, evidence that Jesus rose from the dead and claimed to be God. Unable to deny the arguments but not wanting to deny his family, Qureshi's inner turmoil will challenge Christians and Muslims alike. Engaging and thought-provoking, Seeking Allah, Finding Jesus tells a powerful story of the clash between Islam and Christianity in one man's heart---and of the peace he eventually found in Jesus.
'I have seldom seen such genuine intellect combined with passion to match ... truly a 'must-read' book.' --Ravi Zacharias

This author is so passionate and sincere in his journey to find God. He was raised Muslim and comes from a loving home environment. I didn't really have much true previous knowledge about Islam so I found the parts describing it very interesting. He is a good Muslim boy growing up and through college. For some time, his best friend is a Christian. They have many discussions about religion over the years. Both are smart. They study historical facts to explain Islam and Christianity. This leads to him switching to Christianity. It's a very difficult decision because he was so devout in his beliefs, and his family is still Muslim.
I thoroughly enjoyed this entire book. I often feel that someone is trying to shove religion at me, but this book takes the reader along on it's logical and educated approach to everything. It speaks to the mind and spirit. It is also respectful. In the beginning, he is Muslim, and before the end, he is Christian, but he doesn't put down the believers of either religion during his research. I recommend Seeking Allah, Finding Jesus to people of all faiths and non-faith.