The Cutaway by Christina Kovac Review 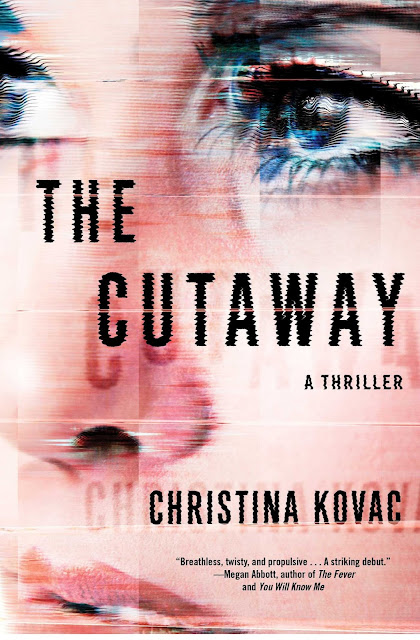 “The Newsroom meets Gone Girl.” —CosmopolitanThe Cutaway draws you into the tangled world of corruption and cover-up as a young television producer investigates the disappearance of a beautiful Georgetown lawyer in this stunning psychological thriller, perfect for fans of Paula Hawkins and Gillian Flynn.When brilliant TV news producer Virginia Knightly receives a disturbing “MISSING” notice on her desk related to the disappearance of a beautiful young attorney, she can’t seem to shake the image from her head. Despite skepticism from her colleagues, Knightly suspects this ambitious young lawyer may be at the heart of something far more sinister, especially since she was last seen leaving an upscale restaurant after a domestic dispute. Yet, as the only woman of power at her station, Knightly quickly finds herself investigating on her own.Risking her career, her life, and perhaps even her own sanity, Knightly dives deep into the dark underbelly of Washington, DC business and politics in an investigation that will drag her mercilessly through the inextricable webs of corruption that bind the press, the police, and politics in our nation’s capital.Harkening to dark thrillers such as Gone Girl, Luckiest Girl Alive, and Big Little Lies, The Cutaway is a striking debut that will haunt you long after you reach the last page.

The Cutaway by Christina Kovac

Knightly is a producer for a news network. She also has a troubled history with her family and basically a photographic memory. Those traits cause her to focus more on aspects that others might overlook. She sees a piece on a missing woman and can't let it go. Most everyone in her life seems to be trying to hinder her digging deeper into the woman's story. Murder, mystery, politics, detectives, witnesses and more come into play. She isn't a cop, but she is an investigative journalist out to connect the answers and expose the coverups. She's a likable lead, and the storyline is great at keeping the reader hooked and guessing. Anyone could be guilty. The Cutaway was a win for me, and I'm definitely going to be following this author's future works.