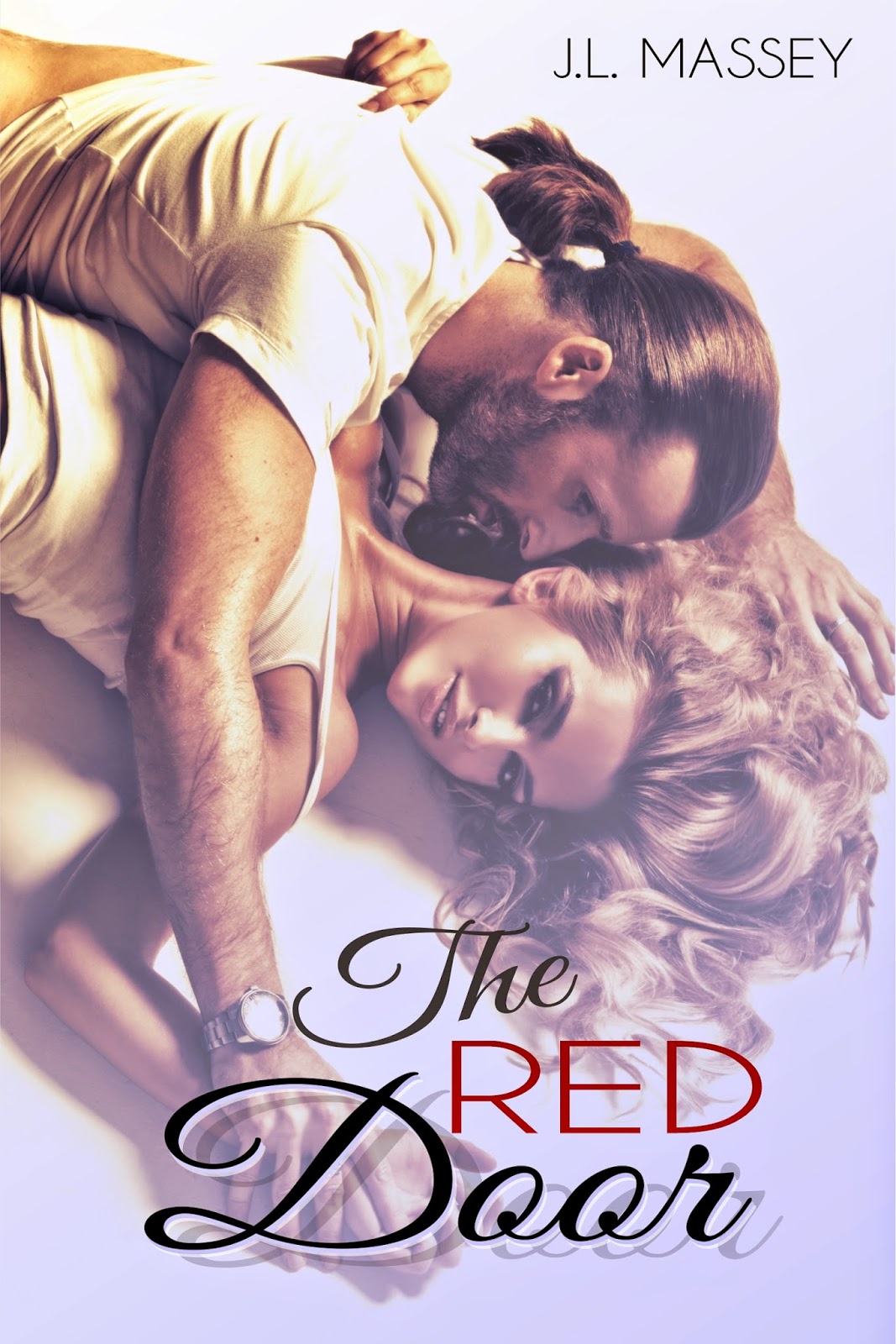 Club owner, Mitch Reed, and Dom, Alex James, want Aurora to be theirs, even if they have to share.

When a sex-trafficking ring is revealed to be using the club and targeting Aurora, truths and feelings are brought to light.

Can Mitch and Alex protect her, or will their desires for each other be used against them and put Aurora in jeopardy?

The Red Door is book one in The Door Trilogy. 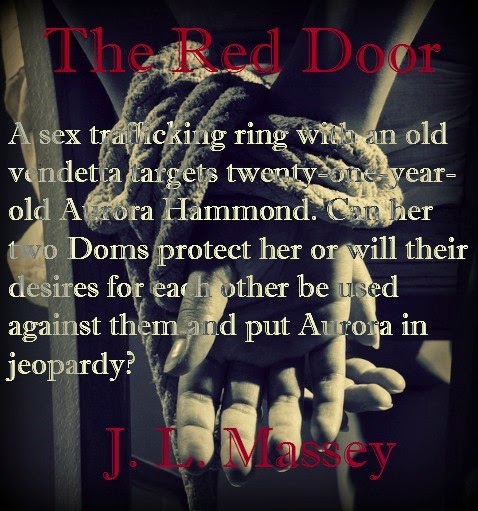 “Well, you see, Jackson volunteered to be my Dom to see if I liked it.”

“I’m sure that’s not the only reason he volunteered,” Mitch mumbled.

“Yes, well, we did have some rules about it, though.”

“Oh and what might those be?” Alex glared over at Jackson, who had his head down and his body was shaking. Was he laughing?

“OMG! Are you laughing?”

“Yes.” Then he busted out and bent over and let it go. “I can’t help it. Mitch is a little more than mad while Alex is still ready to beat me to a pulp. They’re putting up a good front but not good enough.”

“Oh alright. It is a little funny.” I looked at both of my guys and saw that Jackson was correct and started fighting back laughter myself. “Jackson and I agreed he would ease me into being a sub but there would be no intercourse.”

“Are you saying you two never had sex?” Mitch whispered turning me back into his chest.
“No, we never had sex.”

“No. No sex at all, Alex. What we did in this office earlier was as far as we have gone.”

“That’s all? You didn’t have sex with him?” Mitch asked tilting my face up to his.

“He also walked around naked.”

“No one has been in this pussy, but me?” he asked even quieter. 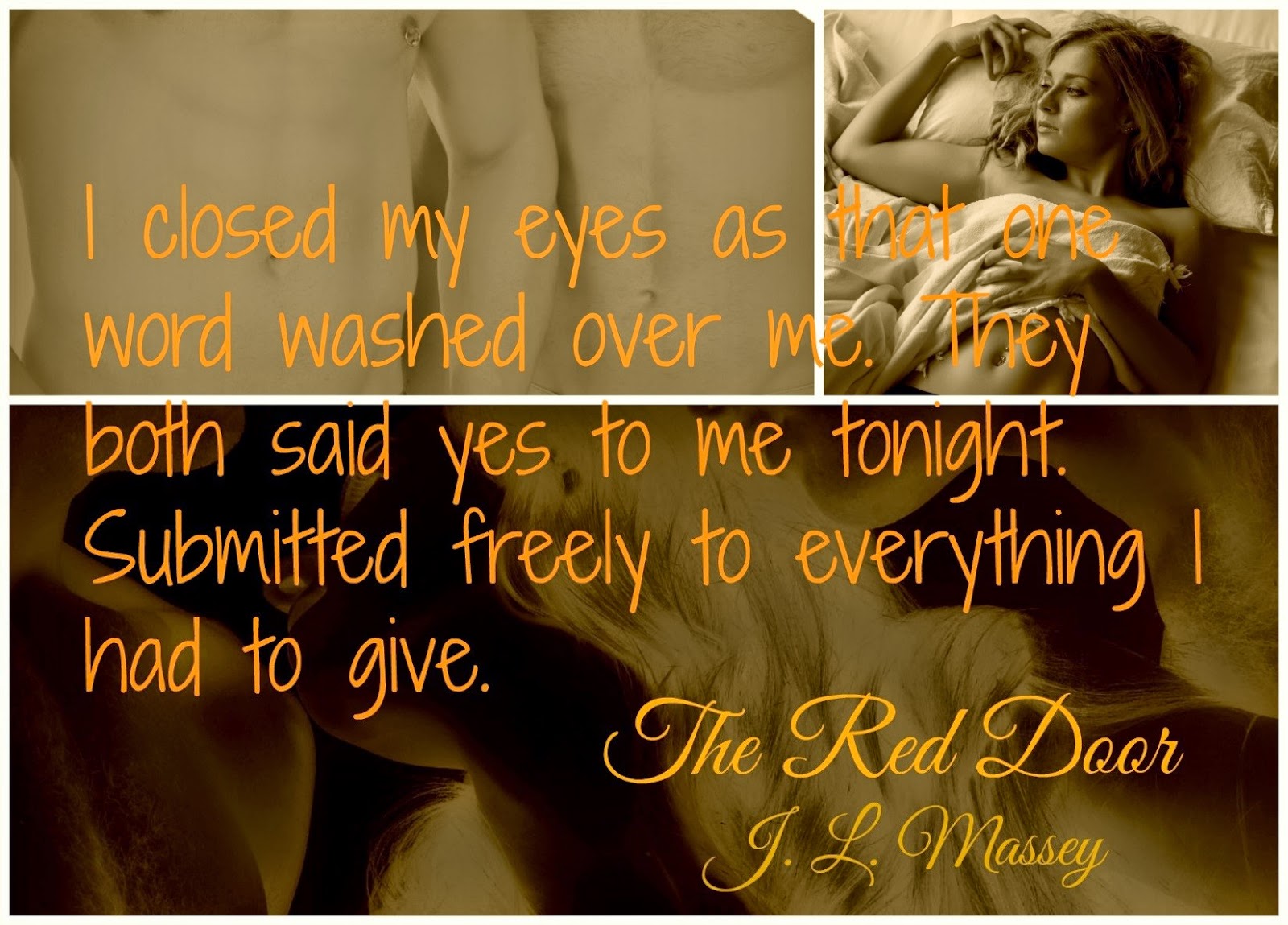 
This story starts out with scenes from the past, murder mystery style (which I like). It them jumps to where one of the victims is now in life. Throughout each meeting of a character, I was analyzing if they were the killer. I did figure it out before the book made it clear because of a certain statement from the killer, but I'm not going to share that and ruin the plot.


If you don't want to see two guys going at it, a girl going down on another girl, or punishments being handed out, then you don't need to go there, because you will see it as well as all other types of sex.


The problems that I had were with the maturity of the characters and the timeline. The two men and one woman fell into an immediate relationship from the first eye contact. I didn't have time to get to that point with them. And I don't think they were ready either because they continuously acted immaturely. I know it was new to them all in different ways so maybe that is how it would go, I don't know.

So, in summary, loved the idea of two men and a woman, great sex scenes, great explanations of the lifestyles, poor character and relationship developments.

It all wraps up nicely at the end until, wham she hit us with the epilogue. Now, I'm wondering what is going to happen in the next book.