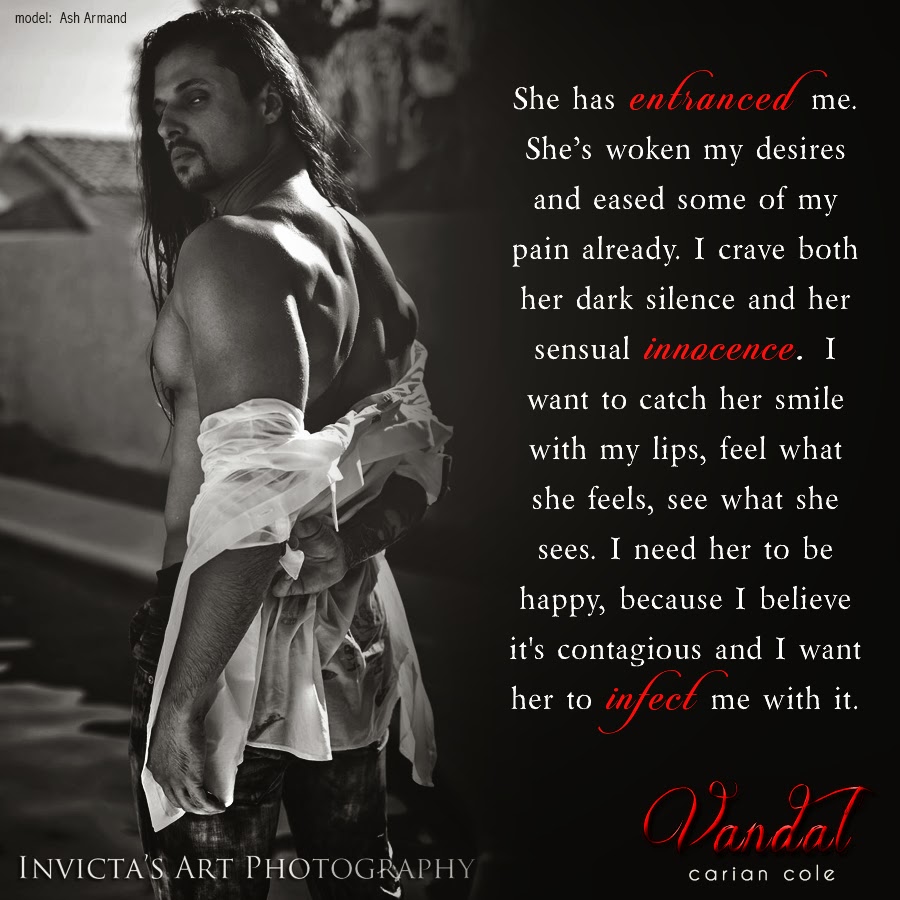 She takes my breath away; she is so beautifully damaged.

Yes I had broken her, ravished her life, destroyed her happiness. I brought her to ultimate despair. I was responsible for all the pain and suffering that now brought her to her knees in front of me.


Reckless in her agony.


She is a mirror of my own tortured soul.


But what I took away I can give back.


In ways she cannot even begin to imagine.

She is everything right in all my wrongs.

She loves me. She needs me.

She has no idea I’m the one who wrecked her life. 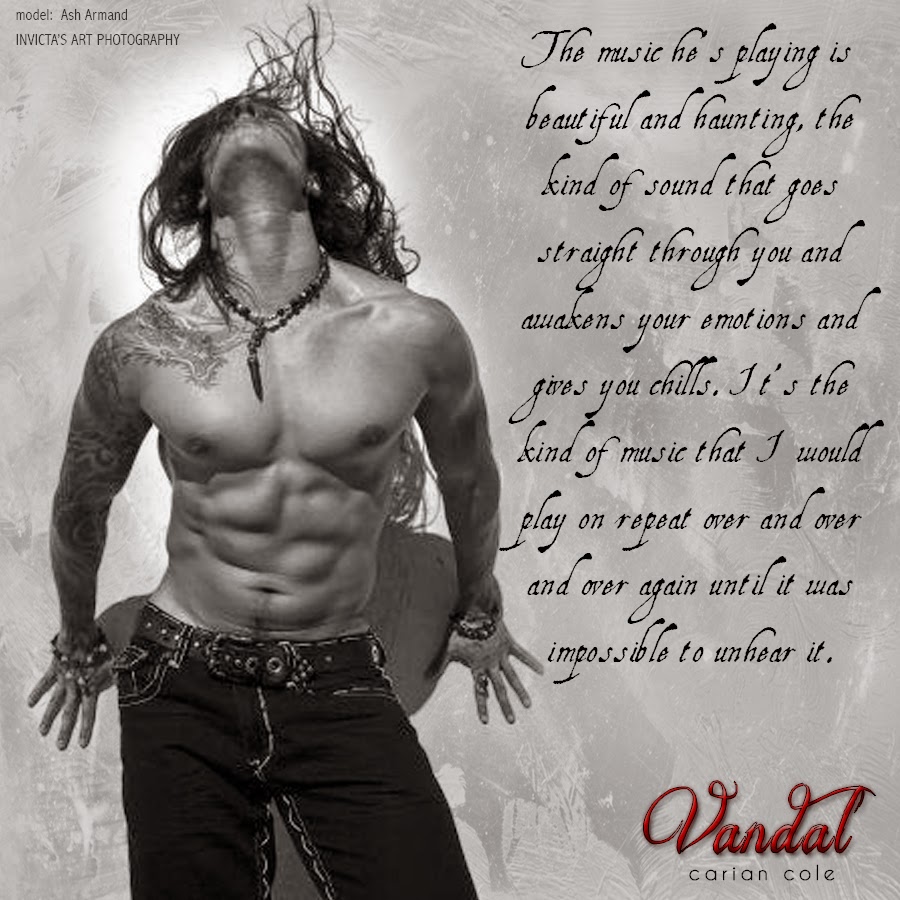 Carian Cole Bio:
I have a passion for the bad boys, those covered in tattoos, sexy smirks, ripped jeans, fast cars, motorcycles and of course, the sweet girls that try to tame them and win their hearts. My debut series, Ashes & Embers, follows the lives of rock band members as they find, and sometimes lose, the loves of their lives.
My first novel in the Ashes & Embers series, Storm, published on September of 2014. Vandal, the second novel in this series is publishing in February of 2015. I currently have approximately nine books slated for this series, as well as an MC series in the works, and a few stand-alones coming in 2015 onward.
Born and raised a Jersey girl, I now reside in beautiful New Hampshire with my husband and our multitude of furry pets and spend most of my time writing, reading, and vacuuming.
Links:

This series is about a family of men, brothers and cousins, that are musicians and tattoo artists. I had no idea going into this book that it would be such an emotional read. I had tears at times. The male lead had a harsh childhood and now has issues with addiction. As if he isn't having a hard enough time in life, something unimaginably terrible happens.

"Honey, life is a series of mistakes, regrets, bad decisions, tragedies, and occasional good luck. It's not your fault."


Vandal can at times come off as a dick, but he completely knows it and owns it. Until now, that's the only side of himself he is willing to show. He's not the type to open himself to romantic love. He is the type to go for D/s lifestyle.

Tabitha and Vandal are very different yet have so much in common. Both are looking for a way through the pain. They begin a precarious affair that may save them or completely destroy them.

If you're looking for angst, drama and emotions galore, this is probably the book for you.