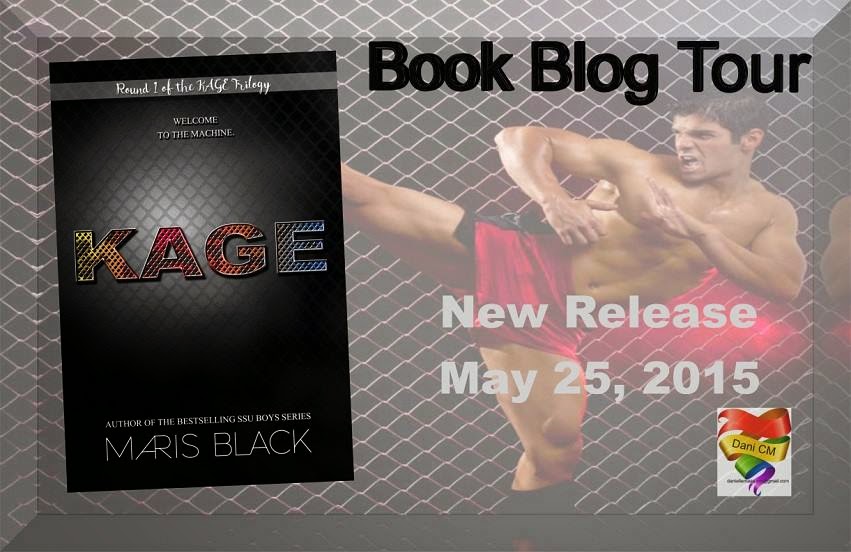 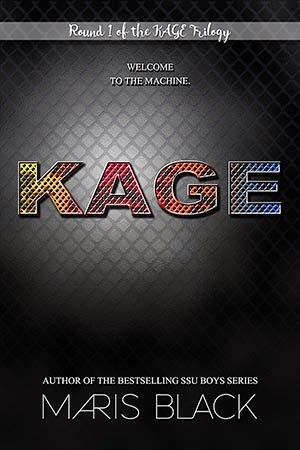 Blurb:
ROUND 1 of the KAGE Trilogy
My name is Jamie Atwood, and I’m an addict. I never thought I’d say such a thing. Never had a problem being overly-attached to anything in my life. I came from a perfectly middle-class family, made good grades, and had a hot cheerleader girlfriend. But the truth is, nothing ever really moved me. So how did a guy like me become an addict?

Kage is an MMA fighter. A famous one. I like to think I helped him get that way.

He’s charming as hell, with looks to rival any movie star and talent to back it up. So why did he need to hire me as an intern Publicist? Simple. He has a darkness in him– like a black hole so deep it could swallow him, and me, and everyone we know– and that’s not good for business.

The first time I met him, I felt the pull. I think the addiction began at that very moment. And even if I’d known then what I know now, I would have fallen for him. How could I not?

For me, Kage is everything. 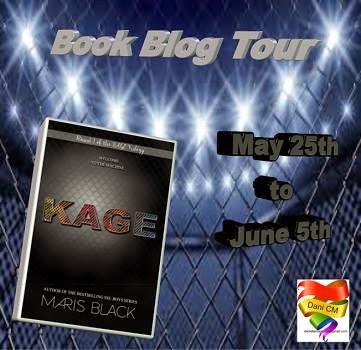 EXCERPT
Kage pushed his tongue deeper into my mouth, and suddenly I was sucking hungrily at his tongue, winding my arms around his neck, and pressing my lower body against his. I was desperate to get closer, to feel through the barrier of my clothing what he had pressed against me. My hunger knew no bounds, growing exponentially with each passing second as it became clearer that this was not some fevered fantasy. This was actually happening.
And I was going to let it.
He unwound my arms from his neck and reached down to pull my t-shirt over my head so that we were skin to skin. The scrub of chest hair against my nipples was exquisite torture, and I moaned, pulling back to catch my breath.
“Fuck no, you’re not going anywhere!” Kage yanked me back against him. “I’ve waited too long for this. Been patient enough.” He covered my mouth and face with kisses, moved down to my throat, and bit the sensitive skin there until I cried out. I was overcome with passion, my breath coming in quick gasps as I fought to keep it together. I had always thought of myself as a player and a skilled lover, but I swear Kage made me feel like a virgin all over again.
“Take off your pants,” he said.
“What are you planning on doing to me?” I asked, my voice distant to my own ears as I worked my shorts down my legs, leaving my boxer briefs on.
“What I should have done when you first got here…”
“How did you know I’d let you?”
He chuckled. “I could tell by the way you look at me. Like you’re eating me alive with your eyes.”
“I don’t do that,” I protested. “I don’t even like guys.”
“Liar.” Kage shook his head and took a step back. “Get on your knees, Jamie.”
“Pardon me?”
“Don’t give me that look. I said get on your knees.”
I wanted to tell him no, that this was insanity, and that I wasn’t gay. I wanted to point out that I’d just recently had a girlfriend whom I’d fucked soundly on a regular basis. But instead I sank to my knees in front of him and waited, looking up at his unbelievably perfect body, all muscles and planes and smooth skin. The boyish face with the five-o’clock shadow, the dark locks of hair that fell loosely around his face… and that’s when I felt it. He was right. I was devouring him with my eyes, because God help me I could not get enough.


AUTHOR BIO
My name is Maris Black (sort of), and I'm a Southern Girl through and through.
In college, I majored in English and discovered the joys of creative writing and literary interpretation. After honing my skills discovering hidden meanings authors probably never intended, I collected my near-worthless English degree and got a job at a newspaper making minimum wage. But I soon had to admit that small town reporting was not going to pay the bills, so I went back to school and joined the medical field. Logical progression, right? But no matter what I did, my school notebooks and journals would not stop filling up with fiction. I was constantly plotting, constantly jotting prose, constantly casting the people I met as characters in the secret novels in my head.
Yep. I can blame my creative mother for that one!
When I finally started writing fiction for a living, I surprised myself with my choice of genre. I'd always known I wanted to write romance, but the first story that popped out was about a couple of guys finding love during a threesome with a woman. Then I wrote about more guys, and more guys, and more guys. I was never a reader of gay fiction, and I'd never planned to write it. The only excuse I have for myself is: Hey, it's just what comes out! 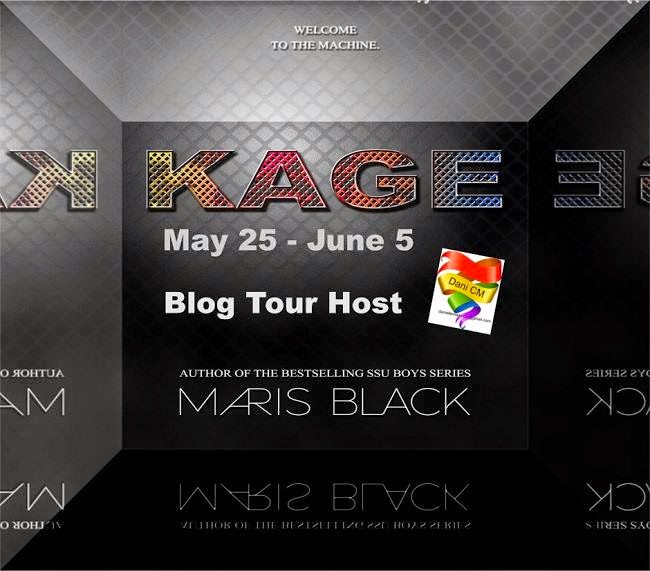 I just finished reading this a few minutes ago, and I am so wound up. Wow, I was definitely excited to read about a fighter, but I had no idea what I was getting into with this book.

Jamie has always dated girls. It isn't a passionate kind of love, but rather a safe and comfortable agreement. He enjoys sex, but there's no fire behind it. Warning there is a M/F sex scene, but it isn't very graphic or long. It stresses the difference between sex with a woman and man for Jamie.

Kage is sex on a stick. He's also wealthy and dangerous. He's an underground fighter on the verge of breaking into the UFC. There's a lot of mystery surrounding him.

Both characters were great in my opinion. Jamie has the perfect personality. He's smart, über charming, cute and talented at talking his way into getting what he wants. Others are attracted to him everywhere he goes, and he uses it. Kage is literally a machine. He has the perfect body, works out all the time, eats right. He's large, muscled and sexy. Also he's majorly alpha. I looooved his alphaness over Jamie. Like I basically melted into a pile of goo on the floor moaning yes like Meg Ryan in When Harry Met Sally.

I can't wait for more!