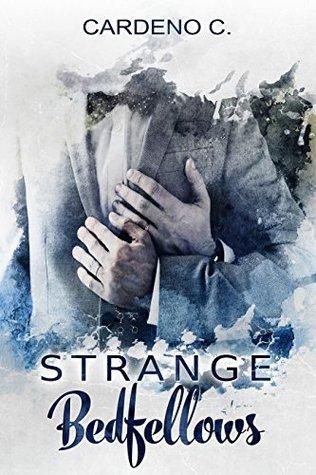 Short Bio: Cardeno C. - CC to friends - is a hopeless romantic who wants to add a lot of happiness and a few "awwws" into a reader's day. Writing is a nice break from real life as a corporate type and volunteer work with gay rights organizations. Cardeno's stories range from sweet to intense, contemporary to paranormal, long to short, but they always include strong relationships and walks into the happily-ever-after sunset.
Heartwarming Stories. Strong Relationships. Forever Love.

This is a tale of the romance between two men from opposing backgrounds and beliefs. A chance hook up changes them in a forever way.

Since the men and their families are in the spotlight, I worried there would be lots of underhanded behavior. I really appreciate how the characters were mostly mature in their actions. Trevor and Ford are obviously meant to be together and come off as a super sweet couple.

I like this book, some parts more than others. I enjoy the way the Hollingsworth siblings still playfully bicker like children. Also, the author enforced the idea of family relationships in more than one way. Trevor's parents aren't monogamous, but they are 100% each other's best supporter. Being honest and open are major sticking points throughout. I recommend Strange Bedfellows to someone looking for a low-drama, thoughtful romance.