Rubble and the Wreckage by Rodd Clark Review 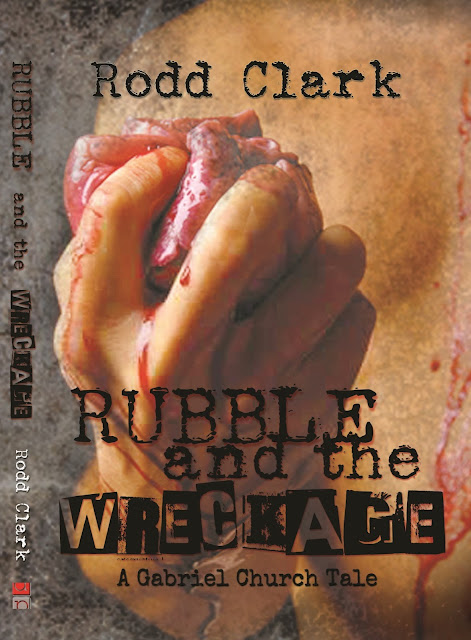 Gabriel Church knows you can’t take a life without first understanding just how feeble life is, how tentative and weak it stands alone. If you desire murder, you hold a life in your hand. Whether you release it to grant life or grip tighter to end it, it is at your command and discretion. Gabriel is a serial killer with a story he wants told. Christian Maxwell studied abnormal psychology in college but chose instead to focus on a career in writing. His background comes in handy when he thinks of writing about a serial killer. He can’t think of anyone more qualified to write the story of Gabriel Lee Church, and do so in the murderer’s own words. It’s been done before, but never with a killer who has yet to be captured or convicted. There was never anything more than a gentleman’s understanding between the two men that Christian would record Gabriel’s life story. The killer did not ask for his complicity in any crimes, nor did he ever ask for his silence. Christian’s interest in the man, though, is fast becoming something more than academic. When the writer and his subject become unexpected friends and then lovers, the question remains: What is Gabriel’s endgame . . . and why does he want his story told? 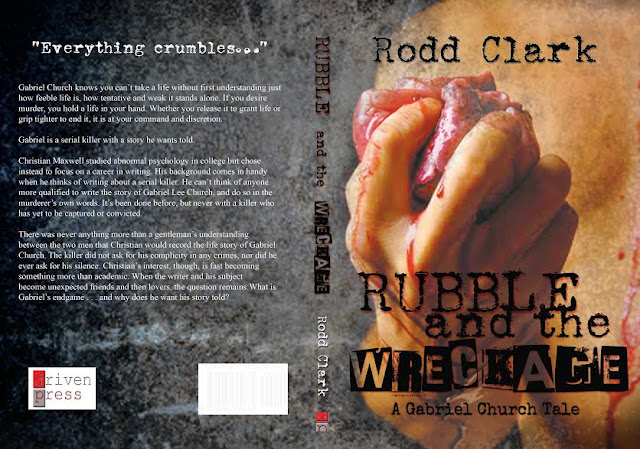 Author Bio
Rodd lives in Dallas, TX at the moment but hails from the sticks of Oklahoma. Check out his web presence at RODDCLARK.COM. Interested in the M/M Mystery, Romance and Thriller genres but has a varied interest in many books. It has been written, that his writing has a very dark and distinctive voice with a need for deep exploration and analysis.   His latest work is the Romance Thriller "Rubble and the Wreckage" and is currently working on the sequel which he hopes to have released in 2015.

Rubble and the Wreckage by Rodd Clark

This is sort of a star-crossed love story, but for me, it's the study of a serial killer, more in the psychological mystery/thriller category than a gay romance.

Gabriel Church does form a relationship with a man, but there's also much more happening in this novel. Flashbacks to his murders (not blood and gore filled) and childhood are given. The inner struggle of both male leads is shown to the reader. There is hetero as well as homo sexuality within the story (neither are super graphic), but most of the sex scenes are between Gabriel and Christian, the male leads.

What I liked most was the anticipation of trying to figure out where these characters were headed. How far would things go? How willing is one to change for the other? The plot didn't follow the same formula as some books. I may be totally wrong, but I think the author does this on purpose to highlight the idea of divine intervention versus the law of randomness. Lots of detail is given with each scene and with the parallel and backstory. Also the point of view of Gabriel, Christian, and the victims is given. I liked it, but I don't think this is for everyone. If you are looking for something sort of darkish with a nontraditional storyline that makes you think outside the box, you should check it out.