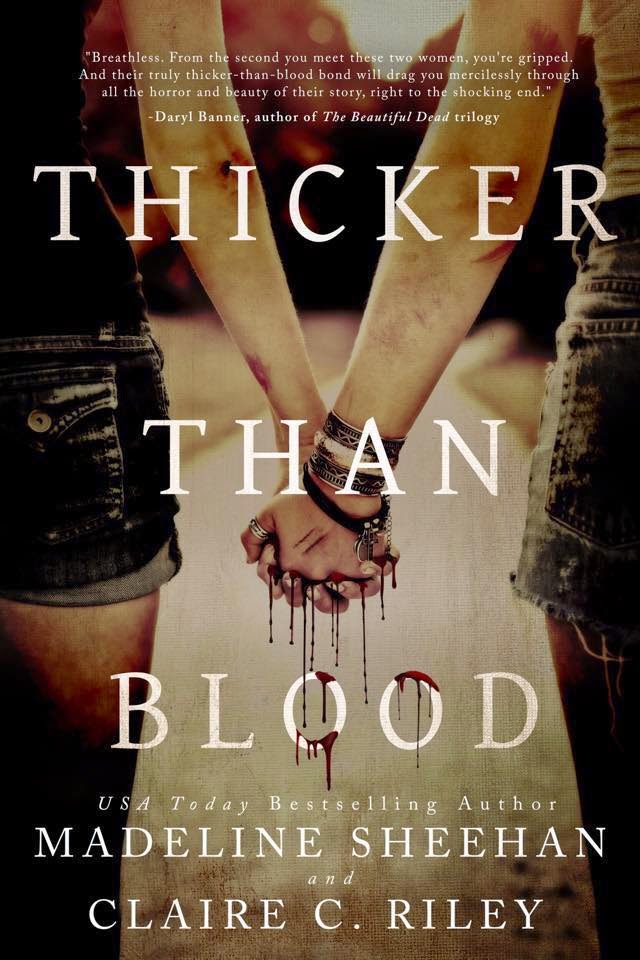 A true friendship never dies.
Leisel and Evelyn lost everything. Husbands. Families. Friends. Lives that made sense. All they had left was each other, and a friendship that could withstand anything…
Even an apocalypse.
Until one fateful night, the marginal safety they’d come to rely on comes to a vicious and brutal end. With the help of Alex & Jami, both unlikely allies, Leisel and Evelyn are able to escape their shattered sanctuary only to find themselves face-to-face with a much altered, much crueler life where they have to find the way—and the will—to stay alive in a world they no longer recognize.
Traveling across a broken and infection-ridden country; the road-weary group are pitted against endless violence, improbable circumstances, and the ultimate loss. Everything comes at a price—especially safety, the cost of which could very well strip them of the one thing they’ve tried so hard to cling to: their humanity.
Yet along with all the trials they’re forced to endure, there’s also hope in the form of love. Having loved Leisel from afar, Alex attempts to put the pieces of her fractured heart back together.
But in such a savage world, is there room for love?
In a place of nightmares-made-reality, where the living should be feared far more than the dead, an unbreakable friendship and a love amongst all odds can mean the difference between life and death.
There are friends…
And then there are Leisel and Evelyn. 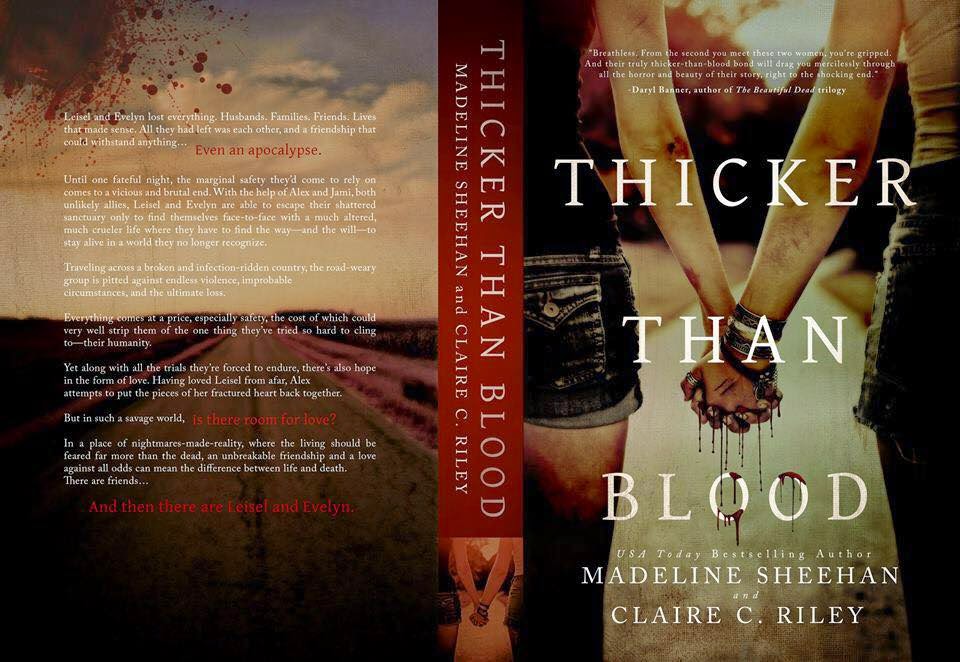 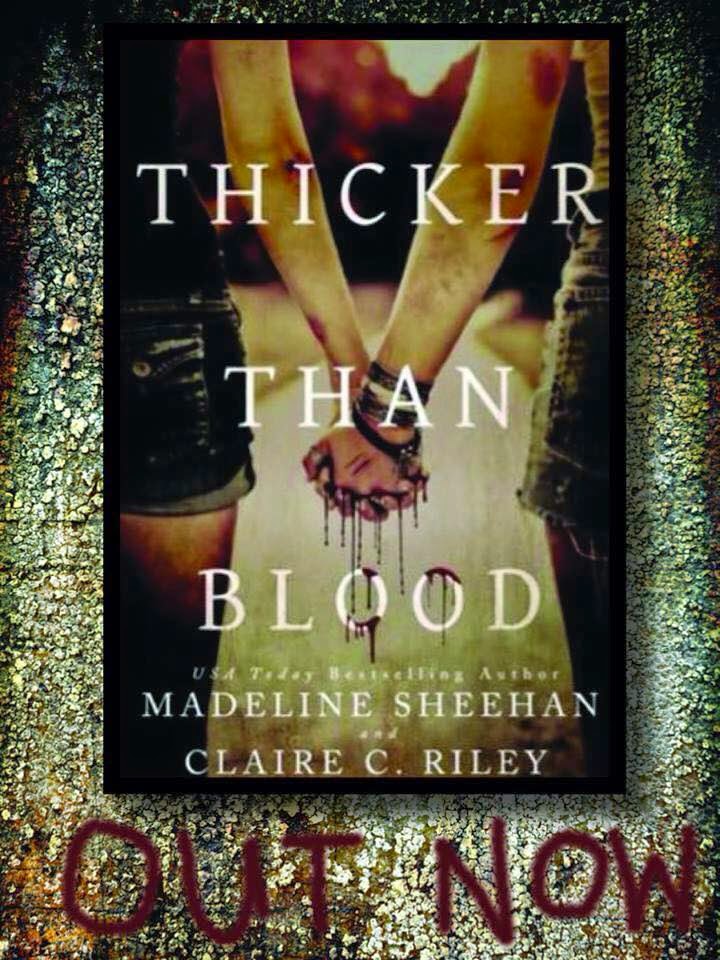 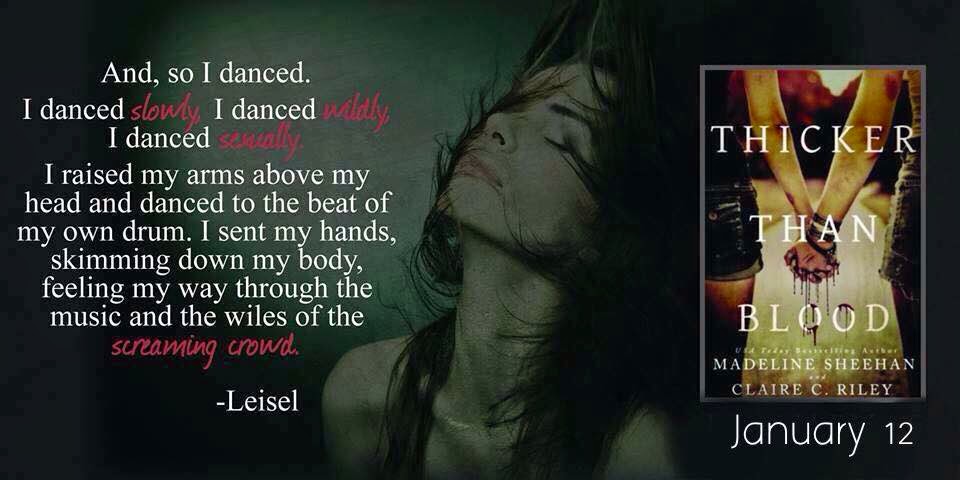 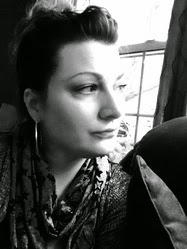 A Social Distortion enthusiast, lover of mud and anything deemed socially inappropriate, Madeline was homegrown in Buffalo, New York, where she can be found engaging in food fights and video game marathons with her husband and son. 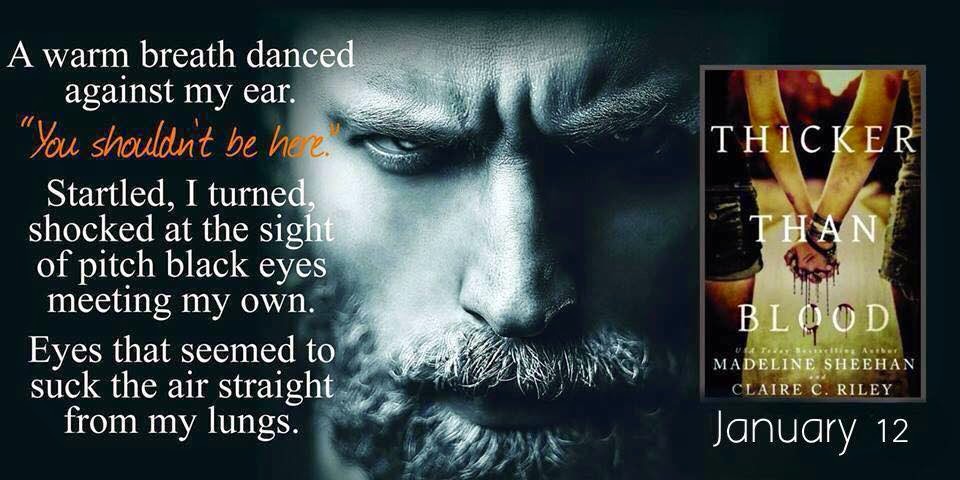 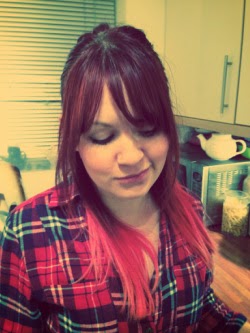 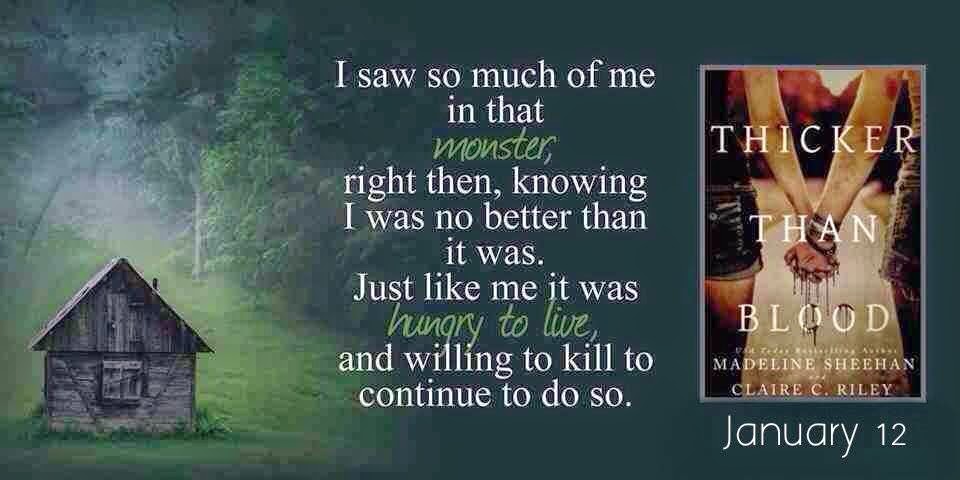 M – Claire and I have been fans of one another’s books for some time now. We spoke occasionally, usually about the industry, and often about my desire to write a book in a wildly different genre than what I’m known for.  A few months back Claire came to me with an idea that has been bugging her, knocking around in her head for quite some time, and asked me what I thought about helping her realize that idea. I loved the sound of it, immediately pulled up a Word DOC and started writing. I wrote an entire chapter, sent it to her and she loved it. She wrote a second chapter, sent it back to me, and I loved it. That’s pretty much how it went from there. Every day I had a new chapter sitting in my inbox from Claire, and every day she had a new one from me.

C – Yes, basically what Madeline said J I’d had an idea that had kept poking up in my head every few months. I loved Madeline’s style and knew she’d be a perfect fit for it. I was completely psyched when she said yes and truly thought we’d start in a month or so. Low and behold I woke up the next day to the prologue and I quickly set about writing my chapter. It was the quickest, most passionate thing I’ve ever written. Every morning I’d wake up excited to see what she had written next.

M – Best way to write a book in my opinion. The story never gets old, each chapter is more exciting than the last.

C- Right! We were saying the other day over how it was like watching a soap opera. Each day, wondering what was going to happen. Constantly surprising the other. Awesome.

How do your infected/rotters/biters differ from other zombies in books and TV?

M – There are too many types of zombies, both on television and in literature, to really compare. I think our zombies are pretty typical of the original zombie, other than the fact that our zombie-ism stemmed from an actual blood-borne virus, not a biblical rapture of sorts.  Our zombies are only unique in the fact that they are quicker when they first turn, until rigor mortis sets in leaving them stiff and jerky in movements. Later, after they start to really decompose they begin to move more freely again, although are still rather slow and bumbling.

C – I love my old school horror, where zombies were NOT intelligent and vampires didn’t sparkle. Don’t get me wrong, I love to read and watch any type, but as a personal preference, I prefer old school slow and shambly. Honestly, when Madeline first wrote about the zombies moving a little quicker I pouted, but then it just worked. And really, the story isn’t about those rotting things anyway, it’s about Leisel and Evelyn J

What is the biggest difference between this book and what you usually write? Which one of you would last the longest during a zombie apocalypse?

M – I think the biggest difference for me was exploring the dynamics of friendship, rather than a relationship between and man and a woman. There is romance in this book, but the book doesn’t revolve around it, it instead focuses on the friendship between the two female leads.
Which one of us would survive longer? Hmmm…  I’d love to say I would, but I’m terrified of spiders. And if I’m terrified of spiders what would I do when faced with a zombie?

C – Well, I generally write about strong, bitchy, mouthy women who don’t hold back. They certainly don’t wear their emotions on their sleeve like Eve and Lei do. They’re tough and battle worn for sure, but not as emotional like in Thicker Than Blood. This was a challenge to me: to not type up the first thing that came to mind – which would generally be profanity…haha – but to take a softer approach. These women are badass survivors for sure, but there’s a certain femininity to them that I hadn’t written before.
As for who’d survive the longest. We’d help each other survive. That’s what friends do.

M – Awww, CLAIRE! Damn you. I wov you.  Look at us, friends now because of the zombie apocalypse… Albeit a fictional one.

M – Well obviously neither of us will survive a spider apocalypse. Ha! 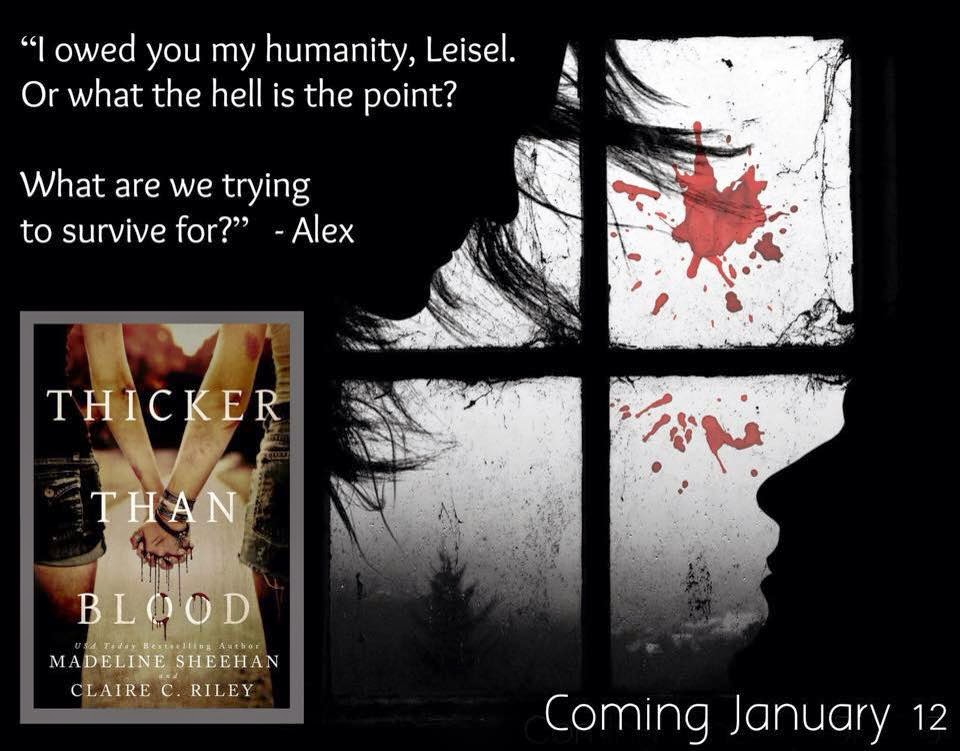 Thicker Than Blood by Madeline Sheehan

While reading this book I felt: anger, sadness, fear, love, grief and everything was so damn touching. It was super easy to become attached to the characters, to love them, to hate the ones that wronged them. If you want a very well written story that doesn't pull any punches, this is the one for you.

It has happened, the zombie apocalypse that everyone has feared. The disease spreads rapidly covering the sufferers in blisters while blood seeps from their bodies until they die only to rise as a rotting monster with the sole purpose of devouring human flesh. Two best friends, Leisel and Evelyn, have seen so many die this way. They are just two decent girls trying to find a place to survive in this new world, a world where the cruel prey on the weak and women are property.


Thicker Than Blood has a full action-packed storyline with an 'out of the frying pan and into the fire' mentality. Through it all, we see Evelyn and Leisel constantly supporting each other.

When she stumbled, I stumbled; when she fell, I fell. We were in this together; she was all I had left.


They do happen upon good people occasionally. Two great men are Alex and Jami. I instantly fell in love with them both. In a time when a woman's fate is determine by the whim of the man possessing her, finding honorable men becomes a rarity. Both Alex and Jami are gems. ♥

I could not put this book down (I actually stayed up all night reading and didn't shower the next day so that I didn't have to take my eyes off it). The plot is realistic to how the story would evolve if true. The reader is not babied. At the same time, the story does resonate with the readers humanity. It isn't straight up horror, but it isn't a fairytale either.

The pain, the suffering, the struggle, it was never ending, much like the barrage of bullets I'd put into that man the night before, like the number of times I'd driven that blade into Lawrence's body, like the amount of tears I'd shed.


But through it all there is love and promise which can give a person strength like nothing else can.


If you're looking for erotica or romance this isn't for you. If you want something with a bit blood and gore that pulls your heartstrings, Thicker Than Blood is a must read.