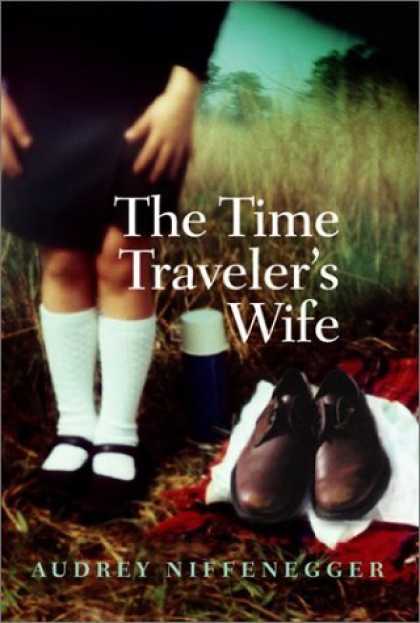 Audrey Niffenegger's dazzling debut is the story of Clare, a beautiful, strong-minded art student, and Henry, an adventuresome librarian, who have known each other since Clare was six and Henry was thirty-six, and were married when Clare was twenty-three and Henry thirty-one. Impossible but true, because Henry is one of the first people diagnosed with Chrono-Displacement Disorder: his genetic clock randomly resets and he finds himself misplaced in time, pulled to moments of emotional gravity from his life, past and future. His disappearances are spontaneous and unpredictable, and lend a spectacular urgency to Clare and Henry's unconventional love story. That their attempt to live normal lives together is threatened by something they can neither prevent nor control makes their story intensely moving and entirely unforgettable.

I read hundreds of books a year, but I will never forget this one. There's romance, and then there's epic romance. The Time Traveler's Wife is definitely an epic romance.

Henry is a time traveler. He has no control over when or where it will happen. Sometimes something lovely happens. Other times it's horrible. When Henry time travels, nothing material goes with him. He shows up with just his body. He meets Clare one day when he is a man, and she is a little girl. This starts a tradition of him coming to their spot where clothes are waiting for him. She also feeds him, and they share many talks and experiences. When he comes to her, he is leaving the grown up Clare, his wife. He is jerked in and out of different times his entire life, never knowing what conditions he's entering.

This is one of my favorite novels ever, and it wrecked me, touching me so deeply. I cried while reading it and continued to cry after, not just a few tears, but streaming tears with gasps and whimpers. I broke down several times while out in public. I can't move on from it to pick up another book, biggest hangover ever. I feel like I will never get over it.

The storyline is told in flashes of present and past tense for both characters. Sometimes they haven't met yet. Sometimes they're young and others old. It's a very twisted web, but it all connects beautifully. Most parts start off telling the ages of the characters so the reader will know which version of the cast we are getting. Occasionally bits learned in one meeting come to light in another. The details are important.

The love and sacrifice between Henry and Clare is indescribable. And my love for this book is boundless. I highly recommend it. P.S. I have not watched the movie, but I've heard it's very different, so if the movie didn't sweep you off your feet, you may still fall for the novel.